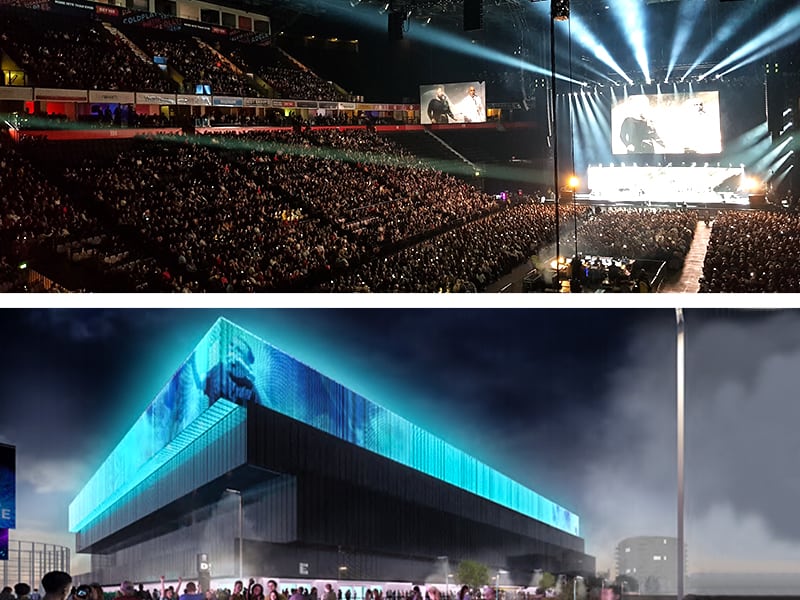 ASM Global and Oak View Group (OVG) continue to lock horns over the latter’s initiative to build a new arena in the English city Manchester in UK.

To this end, ASM Global, operator of Manchester Arena, lodged a formal objection in this regard to the planning application submitted by Oak View Group (OVG) for a new arena in the English city, highlighting the “astounding nature” of the market projections for the rival project.

ASM Global is a venue and event management company operating out of Los Angeles, US, and specializes in managing stadiums, convention centers, theaters, and unique venues.

OVG is an American global advisory, development and investment company for the sports and live entertainment industries.

ASM Global lodging a formal objection is the latest development in an escalating war of words between ASM Global and OVG, with the latter having submitted a planning application to Manchester City Council back in April.

ASM Global’s protest is being supported by a group of entertainment, retail, hotel, property and hospitality businesses, who have stated their concern over the new project’s impact to city centre trade, at a time when many businesses are struggling to stay afloat due to COVID-19 outbreak globally.

ASM Global’s contention is that while the initial plans for a second arena spelt out that the venue would benefit leisure offerings within the city centre, the planning application incorporated 181,000-plus square feet of out-of-town Class A food and beverage and retail space.

ASM also argues that independent analysis from global consultants Charles River Associates (CRA) points out “significant flaws” in the evidence supporting the planning application. ASM stated that the CRA analysis raises legitimate concerns as to the impact a second major venue would have on Manchester Arena, and there is no market requirement for a second arena too.

In March this year, ASM unveiled an early-stage revamp vision for Manchester Arena which would go on to expand its overall capacity to 24,000, making it the largest indoor arena in Europe. In its objection, ASM further points out that CRA’s recent analysis shows that OVG’s projections for event attendance are at variance with historic projections. ASM claims the event attendance levels needed to sustain two major arenas in Manchester are even higher than the proposal’s projections.

ASM added that two major arenas in Manchester would also deteriorate the city’s air quality and put pressure on the transport network as has also been pointed out by Air Quality Consultants and transport consultants Blacc.

A statement from ASM Global read, “We have clear reasons for opposing a new arena in Eastlands, and have never shied away from making our voice heard. We firmly believe that this planning application presents a very real threat to not only our venue and transformative redevelopment plans, but to our neighboring hotels, bars, restaurants and stores, at what is an already fragile time.”

“This application relies on evidence that fails to consider the full picture in Manchester, and during these times it is essential that any major changes to the city are in the best interests of its people and businesses. It is also counter to planning policy in the Manchester Core Strategy and the National Planning Policy Framework, which aims to protect city centers and towns from major out-of-town developments,” the statement added.

“Independent analysis clearly demonstrates there is no demand for a second major venue in Manchester. To introduce another would risk running the other out of business, taking with it the visitors and spend it positively contribute to surrounding businesses. Analysis from leading consultants demonstrates the astounding nature of the market projections included within the planning application – projections which rely on cherry picked data and ignore historical growth,” the statement further read.

“We ask that this application receives proper scrutiny, and takes into consideration the concerns of local people and business, especially given the risks it poses to Manchester’s culture, economy and environment,” the statement further pointed out.

In April this year, OVG appointed the Royal BAM Group (BAM) as its preferred construction partner and Populous as the principal architect and designer of its planned new arena.

The new arena will sit on land near to the Etihad Stadium, home of Premier League football club Manchester City. The development will be OVG’s first outside its US homeland and the largest privately financed venue in the UK, with £350m (€389.7m/$440.7m) direct investment going into the city.

The arena will be able to hold 23,500 people, way above the present regular operating capacity of the existing Manchester Arena, which OVG states operated at under 15,000-capacity for 90 percent of events from 2014 to 2018.

OVG has also been working in collaboration with the City Football Group (CFG), parent company of Manchester City, on the proposed project. If the development gets the planning go-ahead, it is envisaged that the venue would take three years to come up, with the first events planned to be held in 2023.

Mark Donnelly, Chief Operating Officer (COO) of OVG International, remarked, “Manchester is a city with a proud music and sporting history and a huge appetite for live entertainment but it’s currently losing market share in the national live entertainment industry. A new venue, with world-leading technology, would help to grow the overall entertainment market within Manchester and attract a wider range of larger and more impressive live events to the city.”

“Manchester has developed a thriving tourism and entertainment market and we are completely confident that a new venue at Eastlands would happily co-exist with the current arena, as well as other venues in the city centre and across the region,” Donnelly further remarked.

“Economic analysis submitted as part of our application shows that a new arena would bring an additional £36m per year in direct annual local spending and at least £1.3bn of additional economic activity from two arenas over 20 years. City centre business would account for 85 percent of visitor expenditure from two arenas, significantly increasing jobs and economic activity compared to the current position,” he added.

“We look forward to reviewing the existing arena’s full analysis as the little released so far seems to paint a negative view of the market, and the city’s position within it, which we and expert industry analysts simply do not recognize. The live entertainment industry is supportive of our proposals as they foresee ongoing growth in the market post-COVID, with a great opportunity for Manchester to play a leading role in that,” Donnelly maintained.

“Other major UK cities are thriving with two or more arenas and we are so confident in Manchester’s potential that we are willing to commit £350m entirely privately funded investment to the city, creating 3,350 jobs during the construction phase, and a further 1,000 once open in 2023. We want to partner with businesses and the wider community in Manchester and, following a successful planning process, OVG could be onsite as early as October, beginning to create new construction jobs straight away – vital to help the region recover economically from the current crisis,” he asserted.

Andrew Coles, Director, Real Assets, Aviva Investors, noted, “Aviva Investors is one of the largest investors in Manchester’s built environment. The COVID-19 crisis is the biggest challenge to businesses and communities within the UK for a generation. Sadly, not all business will survive. The crisis has and will continue to have profound impacts on even great cities such as Manchester.”

“The situation in the city centre and its businesses is vastly different to what it was at the start of this year. We believe it is in everyone’s interest to protect and support the recovery of the city centre. The basis of the Eastland Arena application was written before the full scale of the economic impact on Manchester was understood. We would urge the relevant authorities to carefully consider how to ensure the vitality and viability of the city centre, which reflects the economic reality on the ground. As such, we believe a full retail and leisure impact assessment of a scheme of this size is needed,” he added.

Said DTZ Investors in a statement, “DTZ Investors has extensive ownerships around Manchester, including large holdings at Printworks and on King Street. Printworks attracts over 8m visitors a year and forms a key part of the city’s retail and leisure core including the Arena, Arndale Shopping Centre and Corn Exchange. There is a healthy symbiotic relationship within this core and a positive correlation between our footfall and tenant trade on days when Manchester Arena hosts events. The protection of city centre commerce is crucial at a time when the retail and leisure sector faces significant challenges, with fresh justification needed to ensure that this proposed out of town development is complementary to the city as a whole.”

Living Ventures co-founder Jeremy Roberts stated, “Support for the city centre has never been more important as we recover from COVID-19, and Manchester City Council need to support the considerable investment which has already been made to the city centre brand and identity, not just for current investors but also for future investor confidence in the city’s hospitality and leisure entertainment sector. We are delighted to see the redevelopment ambition at Manchester Arena and the dividend that it will clearly bring for city centre footfall; we would urge Manchester City Council to provide support to this project and the city centre in general – now is not the time to destabilize our city centre economy.”

« Previous News: Hungarian stadium in Romania’s soil
» Next News: ‘The Gabba’ set to glow in all its grandeur 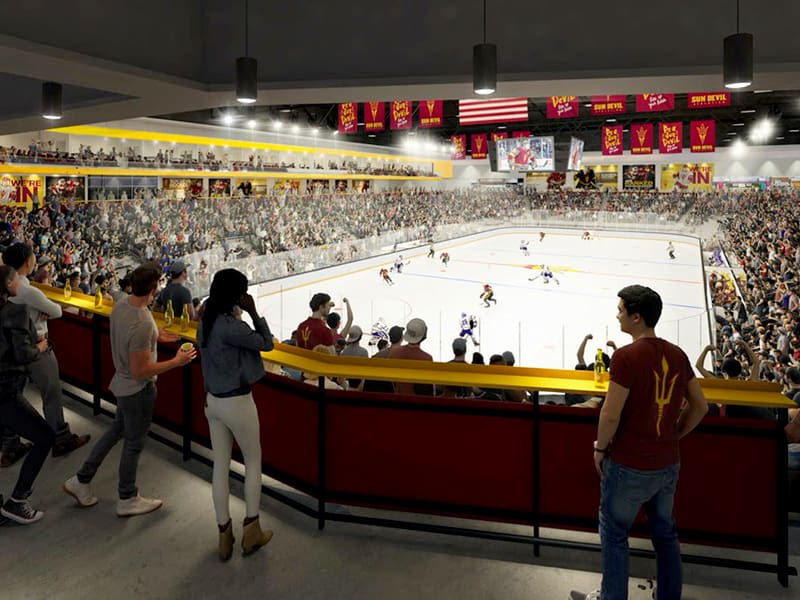 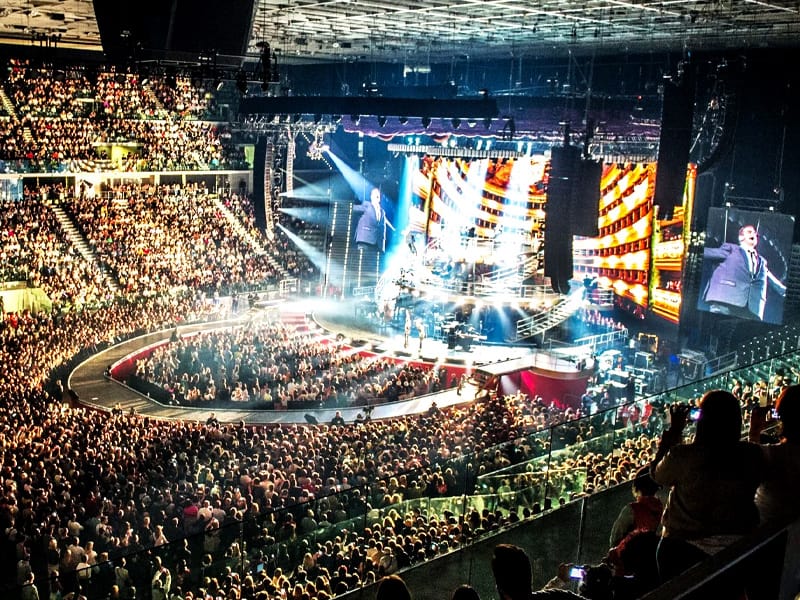