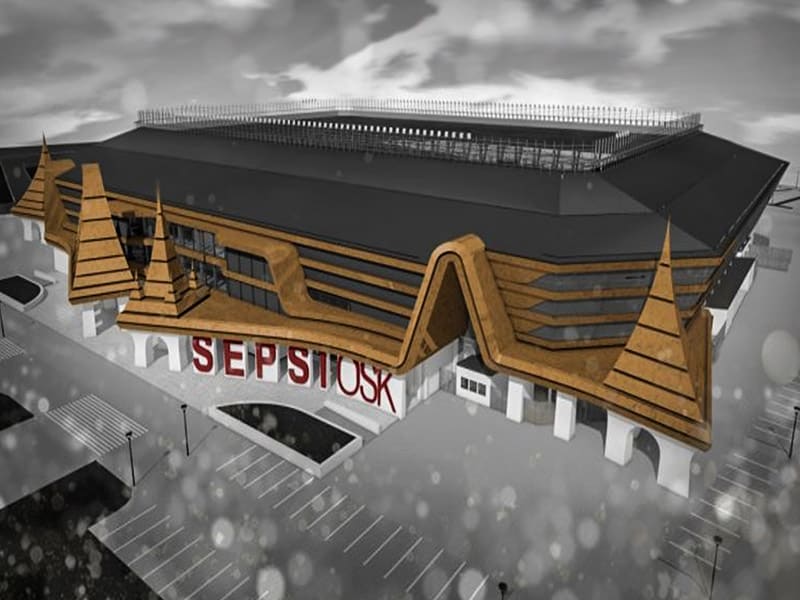 Romanian football’s fame or rather infamy lies in eccentric projects with tempestuous histories. But, Romanian professional football club Sepsi OSK does not fall among them. Though it has existed only for 10 years, Sepsi OSK is an exception. It has already kind of carved a niche for itself and has never sought financial assistance from Romanian authorities for stadium investment.

Sepsi OSK, or simply Sepsi, is a Romanian professional football club based in Sfântu Gheorghe, Covasna County, in Romania. Sepsi was founded in 2011.

Stadionul Municipal is a multiuse stadium in Sfântu Gheorghe, Romania. It is used mostly for football matches and is the home ground of Sepsi OSK. The stadium sits 5,200 people.

The new football stadium in Sfântu Gheorghe – Stadion Sepsi OSK – is every bit Hungarian – and will sit in the north of the town, just beside the new indoor arena. Designated to meet the criteria of Union of European Football Associations (UEFA Category 4), it will be able to lodge over 8,400 people. However, what has taken everyone by surprise is that the renderings of the stadium have come nearly a year after its construction started.

Though it’s being built at the heart of Romania, in Transylvania, Stadion Sepsi OSK is Hungary’s baby. Hungarians own the Sepsi OSK football club, Hungarians designed it and Hungarians are investing in it. So, it’s not the Romanian Government, but the Hungarian Government who is picking up the major tab of the €15 million bill.

Construction started in April 2019 and a decision was taken to make the stadium more Hungarian, in keeping with the Magyarization principle.

Architect Tamás Dobrosi, known for his masterpiece work with Hungarian architect Imre Makovecz on Pancho Aréna in Felcsút (in Hungary), was commissioned with creation of a more decorative facade. Thus, the impressive towers added in the west, which are to be covered with tin and blend with the rest of the stadium.

Magyarization after ‘Magyar’ – the autonym of Hungarians—was an assimilation or acculturation process by which non-Hungarian nationals came to adopt the Hungarian culture and language, either voluntarily or due to social pressure.

The final renders with the new signature feature were revealed only in March 2020, after nearly a year of construction works starting.

The venue will offer three levels of floor space within the main stand, meeting not just basic benchmarks of UEFA Category 4, but also a club shop and sports pub. The auditorium will enjoy 110 VIP seats and 80 places for wheelchair users. Parking spaces for 509 cars and 22 coaches are planned beside both the stadium and arena.

Initially, it was hoped that the stadium would take roughly one-and-a-half years to complete, enabling opening in November of 2020. However, because of the coronavirus pandemic, inauguration could be switched to March of 2021, according to Sepsi OSK owner László Diószegi. 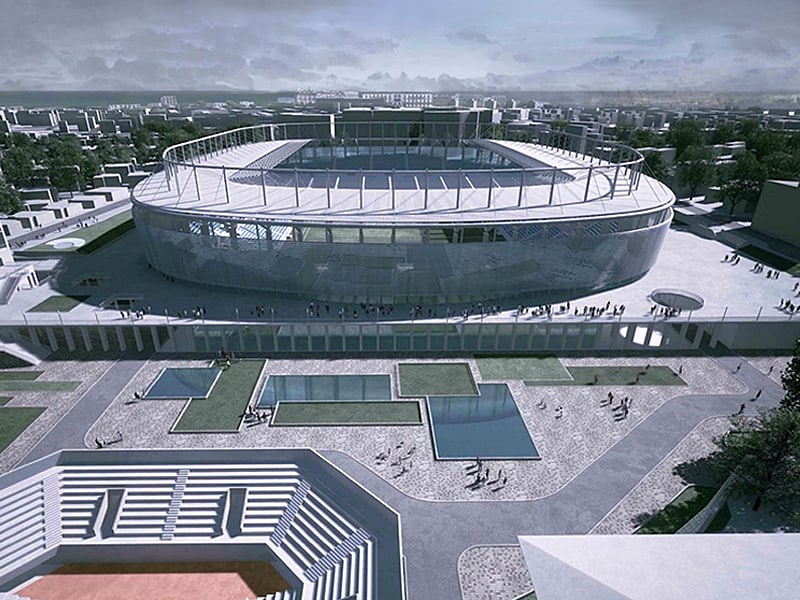