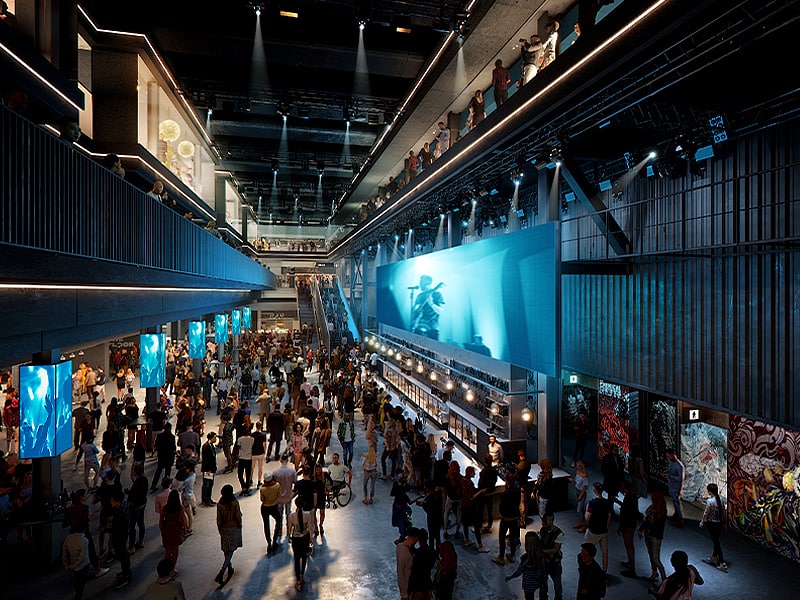 The £365m Co-op Live Arena in Manchester, England (UK), which is being built by the Premier League club Manchester City F.C.’s Etihad Stadium, has made nine new hires.

The Co-op Live is an indoor arena currently under construction in Manchester, England. Due to open in 2023, it is proposed to have the largest maximum capacity of any indoor arena in the United Kingdom, greater than the existing Manchester Arena which is about two miles away.

The ‘BusinessLive’ further stated that the project is being led by the American Global Advisory, Development and Investment Company for Sports and Live Entertainment industries – the Oak View Group (OVG) – and Manchester City’s owner while the English pop star Harry Styles is also an investor.

Among the new starters is Dave Hough who has joined as Programming Manager from the AO Arena.

He will work under Katie Musham who has been promoted from Head of Partnerships to Director of Strategic Programming.

In the marketing team, Ben Tipple has joined as the Head of Digital and Social, having previously worked at Blackstar and Ticketmaster.

Holly Watson, who has held roles at Virtuoso and Ticketmaster, has been hired as Head of Marketing and Events, while Nabilah Islam has joined as a Marketing Content Assistant.

Frankie White, previously of Manchester United F.C., has been hired as Premium Membership Sales Executive and Emma Bingham has joined as Head of HR from Electricity North West.