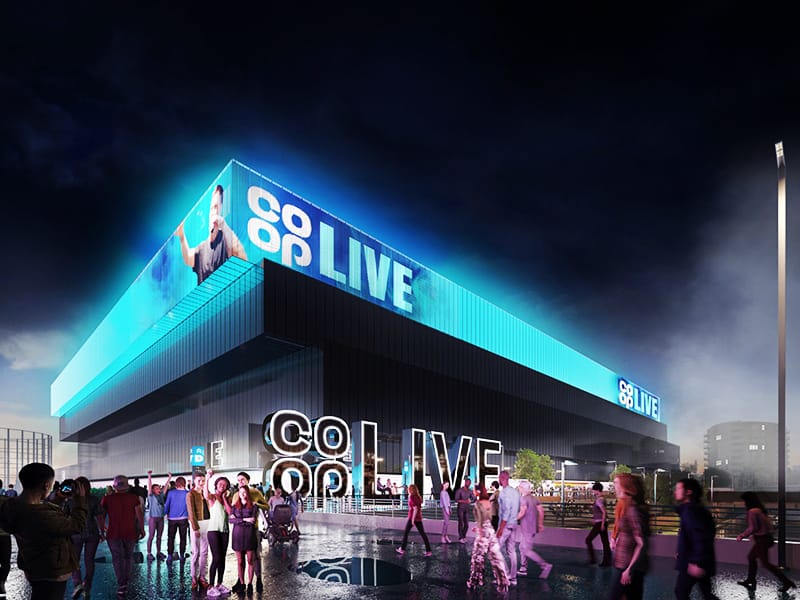 Co-op Live, Manchester’s (UK) new live venue, has revealed it is to partner with several more new businesses ahead of its opening next year.

The ‘Manchester World’ stated that the huge new arena is due to open on the Etihad Campus in December 2023 and, with a capacity of 23,000 people, it will be the largest indoor arena of its kind in the United Kingdom.

Co-op Live is UK’s first purpose-driven arena. Co-op Live will be a state-of-the-art venue located in Manchester, ready to host events by 2023.

The ‘Manchester World’ further stated that Co-op Live has previously announced a partnership with pop icon Harry Styles, and now it has unveiled some other businesses it has on board ahead of its launch.

Arena bosses have pledged a big focus on sustainability as the project takes shape, and say its new partnership with soft drink company Britvic to supply soft drinks will ensure it can offer sustainable packaging.

Some of the other partnerships announced on April 13th include with Elavon (processor of credit card transactions) to provide the arena’s cashless technology, with Schneider Electric (French multinational company providing energy and automation digital solutions for efficiency and sustainability) to help make the arena the UK’s first all-electric venue, and with Unilever-owned The Vegetarian Butcher, to ensure gig goers have plenty of plant-based options on the menu.

Stated Sam Piccione, President of OVG International, “Its proof of the excitement that Co-op Live is bringing to Manchester and the UK live entertainment market that global brands are committing to the project at this early stage of development. Building strong relationships with a wide range of partners and suppliers this early in the process of creating Co-op Live is another thing that sets the project apart. As we’ve shown already, it’s enabling us to build in shared values from partnerships right from the start. We thank Britvic, Elavon, Unilever, and Schneider Electric for committing so early as partners to Co-op Live.”