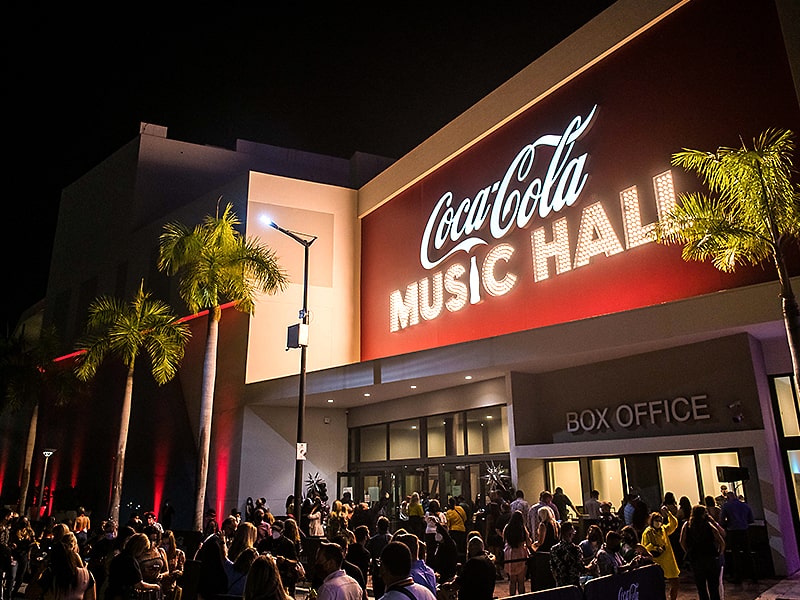 The Coca-Cola Music Hall in San Juan, Puerto Rico (a Caribbean island and unincorporated US territory) recently marked the one-year milestone of the debut of one of live entertainment’s most technologically advanced venues that has enjoyed record-breaking attendance and along with it world ranking in box office sales.

‘ASM Global’ stated that to date, the Coca-Cola Music Hall has held 59 concerts and 43 private events with a total attendance of more than 165,000 people.

The 4,200-capacity Coca-Cola Music Hall is a live-music venue located at 250 Convention Boulevard in the neighborhood of Isla Grande in San Juan, Puerto Rico. It is owned by the Puerto Rico Convention Center District Authority, a Government agency of Puerto Rico, and managed by ASM Global.

Los Angeles (US)-based ASM Global is the world’s leading producer of entertainment experiences. It is the global leader in venue and event strategy and management -delivering locally tailored solutions and cutting-edge technologies to achieve maximum results for venue owners. The company’s elite venue network spans five continents, with a portfolio of more than 350 of the world’s most prestigious arenas, stadiums, convention, and exhibition centers, and performing arts venues.

Said Ron Bension, ASM Global President and head honcho, “Our work with Coca-Cola Music Hall is an excellent example that the island is ready to foster more significant alliances of private and Government companies for the development of all sectors.”

It was also the venue for the Miss World 2021 International Pageant and comedy shows from YouTuber Daniel ‘El Travieso’ and ‘Sé lo tuyo!’ with Puerto Rican actors Alexandra Fuentes and Raymond Arrieta.

The three-level theater – one of the industry’s first to be cashless – features the most advanced sound system of any venue its size in the world and the most advanced fixed lighting system in Puerto Rico. The Coca-Cola Music Hall quickly assembled a large team of in-house specialists to help clients with staging, audio-visual and acoustic services, all of which are included as part of the rental fee. Other amenities include ultramodern suites, dressing rooms, Wi-Fi coverage, box office, security, ushers and cleaning, among other services.

Stated Jorge L. Perez, ASM Global Regional Manager in Puerto Rico, “On behalf of the entire Coca-Cola Music Hall team, we thank the public for the support we have received in just one year. We have managed to keep the entertainment industry in Puerto Rico thriving. We showed the world that we are a world-class venue, and I am confident that we will continue to grow in the years to come.”

Thanks to its strategic location within the 5,500-capacity Distrito T-Mobile (event venue in San Juan, Puerto Rico), visitors to the Coca-Cola Music Hall can enjoy great experiences before and after each event. The experiential complex comprises several areas, including Popular Plaza, which is an open space with state-of-the-art LED screens, restaurants, a 177-room Aloft San Juan Hotel, Caribbean Cinemas VIP, Toro Verde Urban Park with ziplines, and much more.

Added Francisco Mariani, General Manager of Distrito T-Mobile, “The Coca-Cola Music Hall is a state-of-the-art performance hall that competes with the best international venues and offers locals and visitors a one-of-a-kind experience. The diversity and capabilities of its facilities and the public’s response have been key to both, the venue and Distrito T-Mobile’s success as the premier entertainment destination in Puerto Rico.”

Stated Mariela Vallines, Executive Director of the Puerto Rico Convention Center District Authority, “The Convention District has an ambitious plan to continue improving our facilities and expand the entertainment offered for our visitors. All our facilities have proven to be ideal for any private and public event. This first anniversary of the Coca-Cola Music Hall echoes that we are doing the right thing so that Puerto Rico continues to develop both in the entertainment industry as well as tourism, gastronomy and other related sectors.”

Within only five months of operation, the Coca-Cola Music Hall closed 2021 in the No. 31 position in box office sales worldwide (theater category) in Pollstar magazine’s ‘Year-End’ results.

Added Perez, “We are extremely grateful to the artistes and the producers for choosing the Coca-Cola Music Hall as the ideal place to host their events and also to our partner PRISA Group and sponsors: Coca-Cola, T-Mobile, Banco Popular de Puerto Rico, JetBlue, Visa, Evertec, Cervecera de Puerto Rico, Destileria Serralles, V. Suarez, and ticketing partner Ticketera. We are committed in continuing to offer a varied entertainment program in a safe environment. This is an achievement for all of Puerto Rico.”

The public can be part of this grand celebration. The Coca-Cola Music Hall will hold several contests. Those interested can participate as often as they want and must register at www.cocacolamusichallexperience.com.

Among the prizes one could win are a weekend stay at the Aloft San Juan Hotel located in Distrito T-Mobile, product gift baskets, and much more. 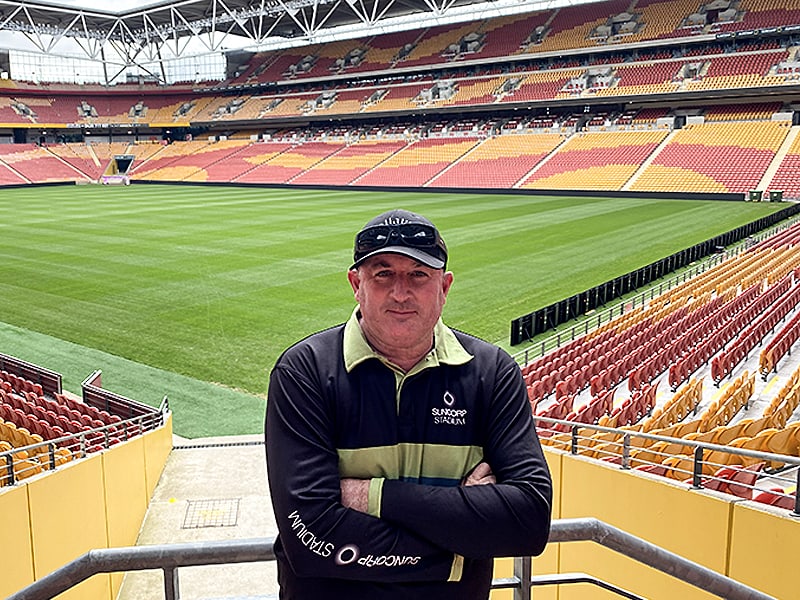 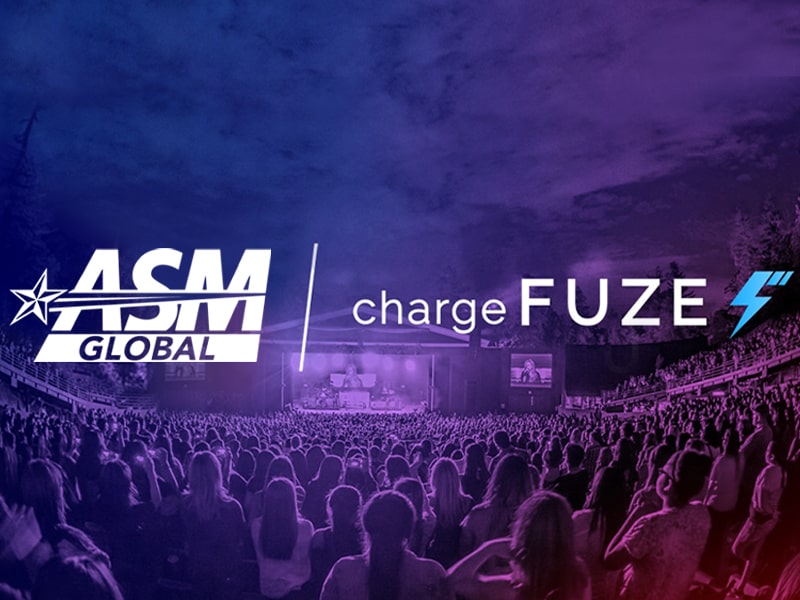 ASM Global-chargeFUZE to ‘charge’ up fans 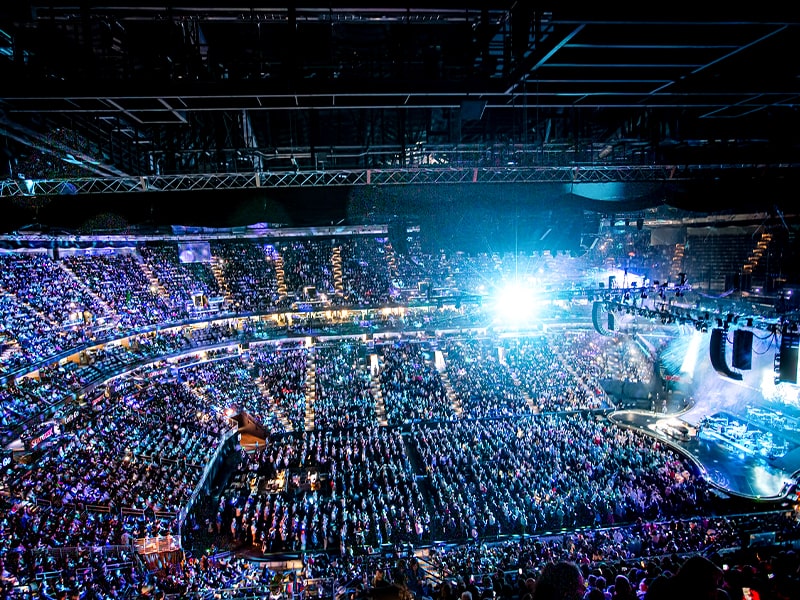