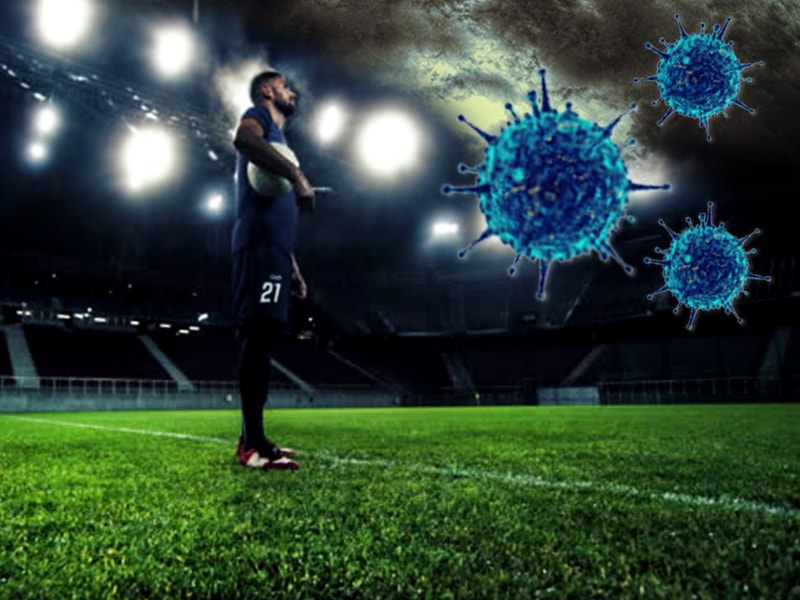 With coronavirus disease (COVID-19) baring its fangs all over the globe, it has also had a rippling effect on the sports venue sector. It has impacted the staging of sporting events around the world and the virus has almost brought the world to a standstill.

Covid-19 has made everything topsy-turvy in the sporting world – cancelled sporting events, empty stadiums worldwide. Around the world, more and more countries are cancelling sporting events or holding them without spectators.

The game between Strasbourg and Paris Saint-Germain in the French soccer league has been postponed, while players from Liverpool and Bournemouth were the first in the English Premier League to go without pre-game handshakes.

The Barcelona marathon has been postponed from March 15 to October 25. Organizers offered the estimated 17,000 runners, about half of them from abroad, the choice of running the rescheduled race or reserving a place for March 2021.

British sporting events could soon be held without spectators. A full slate of Serie A soccer games in Italy, which has Europe’s largest number of virus cases, will be played in empty stadiums.

Masks and hand sanitizers are flying off the shelves, and cricket players in England are being offered “immunity packs” including hand sanitisers, sterilizing wipes and nasal sprays.

And the very few events which are being held with fans in attendance, they can be seen wearing protective masks and benches are being disinfected by cleaners at regular intervals. So huge is the fear for the virus, then even if a fellow spectator coughs lightly, a request is made for changing seats. The situation is indeed grim.

With Germany witnessing an upsurge in Covid-19 cases (1,458 cases and 2 deaths till date), the German ice hockey league ended the current running season on March 10 because of the virus fast tightening its Octopus-like grip. There will be no German Ice Hockey Championship this season.

The Six Nations match between France and Ireland, scheduled for 14 March, is postponed – Italy v England, initially set for the same day, was postponed recently.

In Europe’s worst outbreak, Italy is in the tight grip of coronavirus – a country which is most hard hit by Covid-19 after China. Italy has announced that all sport at all levels in the country will be suspended until at least April 3. Italy’s Prime Minister Guiseppe Conte has announced a lockdown of the entire country. The virus has so far claimed the lives of 463 people in Italy.

Serie A – Italy’s top flight – has already announced that all games would be played behind closed doors until April 3.

The Italian Winters Sports Federation has suspended all sporting activity across its disciplines, including skiing, snowboarding and biathlon due to the coronavirus outbreak.

The Gymnastics World Cup event in Doha, Qatar, to be held from March 18-21, will now be hosted behind closed doors.

Covid-19 has caught humanity off guard and the events industry is no exception. A ban on events with more than 1,000 visitors will have a huge impact on big venues.

People associated with the event industry and venue operators are almost caught between the devil and the deep blue sea – an empty arena can spell doom but they are also aware that their venue can become a hotspot for the deadly virus to spread – person-to-person through respiratory droplets.

Spectators are the raison d’être of a venue. An empty venue will leave the sports venue sector bleeding white. The event industry people are nervously looking at the situation – for in this industry ticket sales are critical to financial survival – and are just keeping their fingers crossed as coronavirus cases continue to tick upwards globally. For now, they can only hope that it does not get worse than this.