Revamp work to give teeth to Italy’s Saint Nicholas Stadium 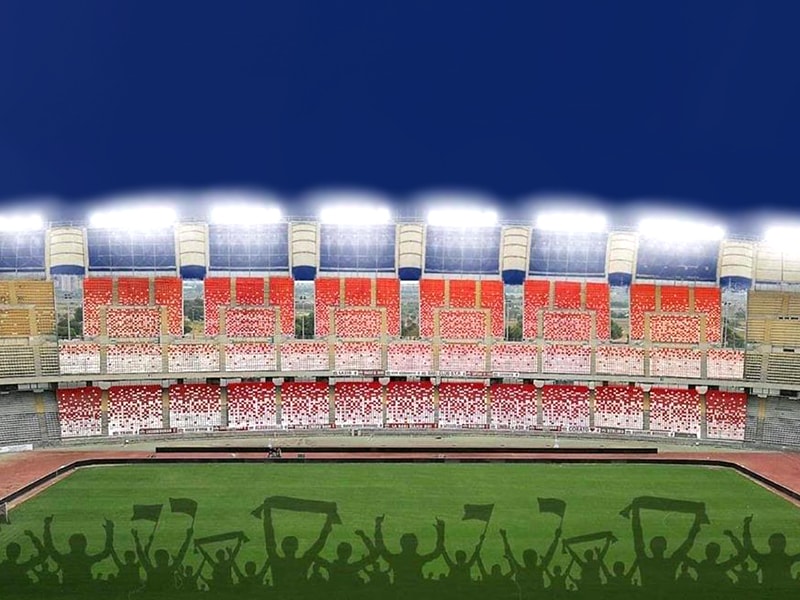 The multiuse all-seater stadium – Saint Nicholas Stadium – in Bari, Italy – will undergo a major facelift in the next two months. As part of the facelift, stands will be spruced up and over 21,000 new seats will be installed. Once the makeover is through, it will lend a more appealing look to Italian architect Renzo Piano’s masterpiece. Renzo is known for his futuristic public spaces design.

The aging Saint Nicholas Stadium is presently used mostly for football matches and is presently the home arena of F.C. Bari 1908 – an Italian football club founded in 1908. It currently plays in Serie C and is known as S.S.C. Bari.

BariViva.it /PassioneStadi.it reported that the first batch of new seats has been already installed and installation works are ending across the upper east stand, where 7,660 new seats with backrests are being set up.

BariViva.it /PassioneStadi.it also reported that once the seats are put in place in the east stand, the upper west stand will be streamlined in the same manner. Apart from new seats being installed, the concrete surfaces will be redecorated and fresh coat of painting will be applied on the staircases. This phase will add further 7,188 seats and is expected to be completed within the third week of April.

The upgrade work will surely give teeth to Saint Nicholas Stadium which currently boasts a capacity of 58,270. The ripped roof membranes were largely removed along the sides but with the installation of these 21,000+ new seats, fans will get to enjoy a more enriching experience in the stadium. The improvisation work is not bad considering a price tag of just €700,000.

Though the facility was designed by one of the crème de la crème architects Renzo Piano, but, over the years it has worn out to a great extent. A strong wind had resulted in a huge tear in one of the roof segments over the east stand of Saint Nicholas Stadium which has since been removed.

The venue opened in 1990 as part of the Copa ’90 host list (the football media business headquartered in London). It is one of the largest facilities in Italy but the huge size of the arena is a cause for headache – the facilities are almost passé and the Saint Nicholas Stadium is simply far too large for domestic sports needs. The ongoing upgrade work was the need of the hour.