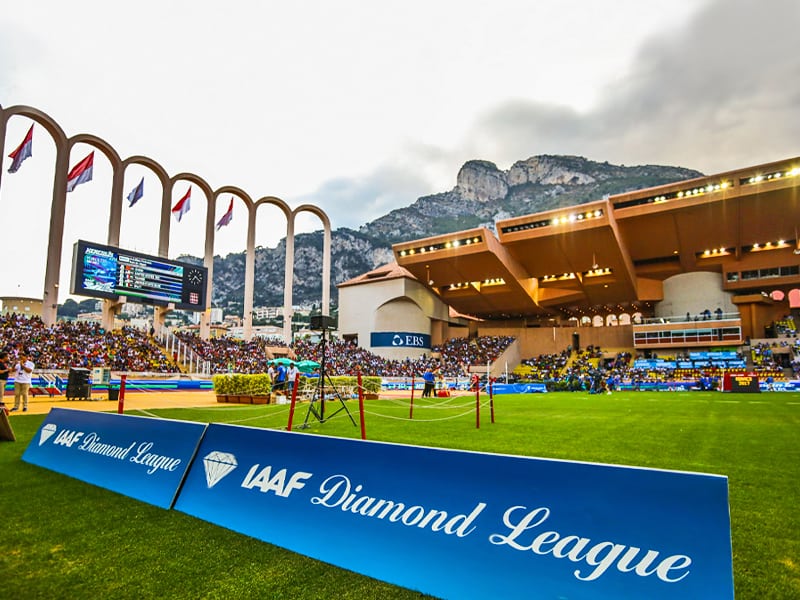 Tickets for the first official meeting of the 2020 season Diamond League elite athletics series in Monaco, scheduled for August 14, have gone on sale, the organizers said last Wednesday.

Unlike previous years, the Diamond League 2020 will not be a structured series of events leading to a final. Due to the coronavirus upheaval, only 11 instead of the planned 15 athletics meetings will take place this season.

The Diamond League is an annual series of elite track and field athletic competitions comprising 15 of the best invitational athletics meetings. The series sits in the top tier of the World Athletics one-day meeting competitions. The inaugural season was held in 2010.

Monaco is a sovereign city State, with five quartiers and 10 wards, located on the French Riviera in Western Europe. It is bordered by France’s Alpes-Maritimes département on three sides, with one side bordering the Mediterranean Sea.

“Track is back! These last few months have been challenging but we are thrilled to announce the events of this year’s edition,” said the organizers, noting that the events have been reduced due to the global pandemic.

On June 26th, the Diamond League canceled its meets in Paris, France and Eugene, in United States because of the current restrictions on mass gatherings and international travel due to the coronavirus menace the world over.

The organizers also confirmed that the meeting at Gateshead in England, which was scheduled for August 16, has been postponed.

The Diamond League has identified September 12 as a possible alternate date for the Gateshead meeting but must wait before giving the go-ahead due to British Government guidelines and restrictions.

“Following the latest Government announcements on the organization of major events in France, meeting organizers concluded that there is not enough time to organize a world-class international event in the French capital this year,” the Diamond League said in a statement.

The event in Eugene, which was originally scheduled for October 6, was scrapped as the State of Oregon presently has a ban on gatherings, including sporting events until at least the end of September.

“The ban, combined with the expected long-term restrictions on international travel, makes it impossible to host a world class track and field meet,” the statement said.

Due to the global outbreak of the fatal respiratory disease, the Diamond League season could not start as planned in Doha on April 17.

Meetings have since been canceled in London, Rabat (in Morocco) and Zürich (in Switzerland) which was originally scheduled to host the season finale in September – while other events on the calendar were postponed due to the pandemic.

Earlier, it was announced that due to the COVID-19 pandemic, Weltklasse Zürich 2020 cannot be held as Wanda Diamond League finals this year. The three-day event had been scheduled for September 9 to 11. Instead, Zurich will host the series’ final events in 2021 and 2022.

Despite the fact that the Swiss Federal Council has banned large events only until the end of August, staging the finals in their intended form is unrealistic. The Zurich promoters are not burying their heads in the sand, however. Weltklasse Zürich is working hard to create novel platforms for this year.

Weltklasse Zürich (World Class Zurich) is an annual, invitation-only, world-class track and field meeting at the Letzigrund in Zürich, Switzerland, generally held at the end of August. It serves as a final of the Wanda Diamond League.

“We are very sad to have to cancel the 24 final events for this year. The exceptional situation we live in represents an opportunity to create and test novel formats we can already implement this year, however,” noted Weltklasse Zürich Co-Meeting Director Christoph Joho.

“The prestigious athletics meeting, known for its discerning audience, is not only aware of the responsibility it bears towards athletes, fans, and partners. The organisation also assumes its role in society. As promoters of an international major event and of the largest initiative for young talents, the UBS Kids Cup, we would like to play an active role and contribute our knowhow,” commented Andreas Hediger, Co-Meeting Director of Weltklasse Zürich, explaining the meeting’s efforts to support the country’s athletics community and sports in general.

Thorough analyses will show, which platforms can be created and in which form they can be implemented in the current situation.

« Previous News: Pioneering plans unbolted for ‘The Halos’
» Next News: Suitors line up for Serie A broadcasting pie