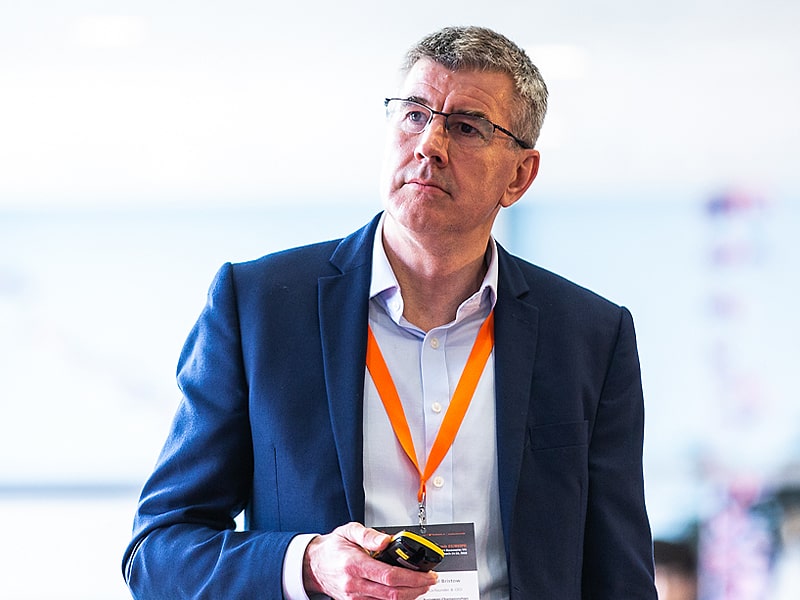 The sporting extravaganza will be held from August 11th to August 21st and the venue is Munich Olympiapark.

The second edition of the European Championships will feature nine Olympic sports:

Not only will Munich get dolled up for the forthcoming showcase, the entire City will dress up for a glorious and unforgettable spectacle of sport and culture – a fitting way to celebrate a Golden Jubilee.

In an exclusive interaction with ‘Coliseum’, Paul Bristow, Co-Founder and CEO, European Championships, UK, provide valuable insights about the whole sporting show and asserts that aggregation is key to navigating an increasingly fragmented world of sports events.

The 69,250-capacity Olympiapark in Munich, Germany, is an Olympic Park which was constructed for the 1972 Summer Olympics. Located in the Oberwiesenfeld neighborhood of Munich, the Park continues to serve as a venue for cultural, social and religious events, such as events of worship. It includes a contemporary carillon.

An international event center, sports and leisure park as well as a tourist attraction of world fame – the Olympiapark is one of the most striking and popular places in Munich. Built for the 1972 Olympic Games, the Park continues to impress with its diversity: A potpourri of possibilities and some of the most prominent buildings of the Bavarian State capital are to be found under the trademark tent roof.

Informed Paul Bristow, “The European Championships Munich 2022 will be held at the Olympic Park in Munich, Germany. It was held for the first time in the year 2018 in Glasgow and Berlin. We had seven sports back then in the multisport European Championships – we had six sports in Glasgow and athletics in Berlin and we were fortunate to enjoy 176 hours of coverage from the British Broadcasting Corporation (BBC).”

He added, “The second event is going to take place this Summer in Munich in the Olympic Park and we have increased to nine sports. The upcoming European Championships Munich 2022 is a must watch must attend event that elevates the champions of Europe.”

European Championships – the back story

Bristow pointed out that there was no multisport event in Europe. The World Athletics Federation created the World Championships in 1983 and many other international federations did the same because of the challenges involved.

And it just struck Bristow – who always had a deep passion for sports- “That to be the best out of 750 million people in Europe is an achievement that needs to be celebrated at the highest level and I was curious to know why that wasn’t. A multisport event in Europe when there was the very successful Asian Games, African Games. So, I went around talking to federations and discovered the reason why. In 1893, when the European Rowing Championship started, Europe was the center of sports and gradually its popularity continued to decline.”

Stated Bristow, “The key thing we wanted to do was be authentic – this is why we created the genuine European Championship. You know this sports that we are working with becoming European champion is the pinnacle of the athletes’ season.”

He further observed, “It is a once-in-a-four year event and has to be special. We want to spread the medals across lots of countries and across the whole program of 10-11 days. So, we created a team program from morning to evening and it is part of the multiple event and we actually got quite captivated by it. And we wanted to create opportunities for the athletes to shine at least twice in a four-year cycle from just once. Our concept is about the existing facilities.”

Informed Bristow, “Well, we had seven events in two Cities and we more than doubled the TV audiences. So, we generated two-and-a-half time the audience that had been generated for these events on their own. Everybody talks about increasing the audiences but nobody talks about increasing the digital and social audience. What we have done is genuinely increase the audience and this despite TV audiences really declining over this period. So, if we look at that in terms of numbers, we measured in terms of viewing hours – on an average everyone in Europe watched for more than one hour. We had 850 million viewing hours and the population of Europe is 750 million which means every single person in Europe watched at least one hour the European Championship in 2018. We had almost 140 million viewing hours which means in the United Kingdom people watched for almost two hours.”

Front and Back Page News

He reminisced, “We also had great coverage. In the newspapers, we were finally back on the front page as well as on the back page. We had over one million fans on site in Berlin and Glasgow.”

Bristow informed that “Great Host City Festivals were held in the Cities and music, cuisine and all sort of things.”

He continued, “We generated significant economic and social impacts for the two Host Cities and a huge media value.”

Munich 2022 leaves an inspiring and lasting legacy to all participants, the City of Munich and future sport events.

Munich is the perfect Host City – not only for the European Championships. The Bavarian capital has something on offer for everybody: Arts, culture and sports are at home here, as are technology and science. Architectural highlights meet green nature, tradition mixes with innovation, and Bavarian cosiness blends with the hustle and bustle of a metropolis. In a nutshell, Munich is liveable and lovable.

Back to the roofs

Munich 2022 is an innovative return to the roots of the 1972 Olympic Games. A reminiscence of hospitality, happiness, and community. The event also stands for a return to a unique and historic location. A return to the legendary architecture of the Olympiapark with its world-famous tent roof structure, which once transformed Munich, a village of a million, into an international sports metropolis overnight.

This coming home is described by the slogan of the European Championships 2022. ‘Back to the Roofs’ is more than a call to come back to the Olympiapark, it is a promise to embrace the legacy of the 1972 Olympic Games and to interpret it in a modern and new way.

One simply cannot get enough of the Olympic Park in Munich, a historical venue – “It is going to be an incredible venue this Summer and for the 2022 European Championships. We have been expanded to nine sports and all sports will be held in one City centered on the iconic Olympic Park in Munich.”

Fifty years after the Olympic Games in 1972, Munich is once again all set to hold the multisport European Championships – nine sports, 176 medal decisions. It will be a cultural melting pot, a unique festival.

Bristow summed up by stating, “The cost of staging the European Championships is one percent of the cost of staging the Olympic Games. At least 30 Cities in Europe have the infrastructure in place to stage our event and we are looking for Cities that have the passion and the vision to host such a spectacular sporting showpiece.”

Paul Bristow is truly a man of vision and he along with his team has put their hearts and souls to ensure that the forthcoming Munich spectacle is a runaway success. And success will surely be theirs!