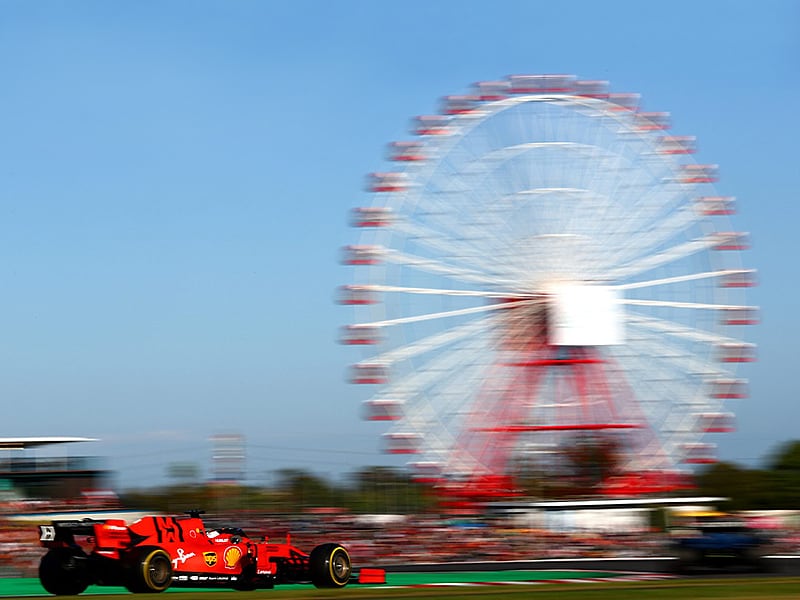 The Japanese Grand Prix stands canceled due to unprecedented nationwide surge in COVID-19 cases in Japan with the Delta variant to attribute for the same. This has forced the Government to expand the country’s state of emergency from six to 13 prefectures until mid-September.

The ‘Autosport’ stated that the above announcement has been made by Formula 1 and they have arrived at the decision on the request of the Japanese Government due to the grim coronavirus scenario in Japan.

The race was due to take place on October 10th as the third leg of a triple header after Russia and Turkey.

The Japanese Grand Prix is a motor racing event in the calendar of the Formula One World Championship.

A decision on whether or not the race would go ahead was expected in August after all parties were able to review how the Olympic Games unfolded in Tokyo.

The ‘Autosport’ further stated that no further updates have been given on possible changes to the 2021 F1 calendar, which is understood to be very flexible at this stage, with various permutations under consideration.

However, F1 has options to keep up the numbers and will provide further news in the coming weeks.

An F1 statement read, “Following ongoing discussions with the promoter and authorities in Japan the decision has been taken by the Japanese Government to cancel the race this season due to ongoing complexities of the pandemic in the country. Formula 1 is now working on the details of the revised calendar and will announce the final details in the coming weeks. Formula 1 has proven this year, and in 2020, that we can adapt and find solutions to the ongoing uncertainties and is excited by the level of interest from locations to host Formula 1 events this year and beyond.”

Honda also issued a statement expressing its disappointment that the Japanese Grand Prix would not feature in its final season with Red Bull before departing ahead of the 2022 season – “As Honda, we are particularly disappointed, because this is the final year of our Formula 1 project and we know that so many fans were looking forward to attending the event. The 2021 season is now heading for an exciting climax and we will be giving our all, fighting hard all the way to achieve our goal of winning the championships as this Honda Formula 1 project comes to an end and we hope our fans will continue to support us.”

Qatar is one of the new events on standby, while a second race in Bahrain is also a possibility, and if they join Saudi Arabia and Abu Dhabi that would mean four events being run in the Middle East in the last part of the season.

One of the big issues is that Turkey, Mexico and Brazil are all currently on the UK red list and anyone returning within 10 days of being in one of those countries faces 10-day quarantine in a Government-approved hotel.

At the moment, F1 does not have an exemption, and thus around 1,000 UK-based team, F1, FIA, Pirelli, Honda, and media staff members would be impacted by the rule.

The plan was the trip to Japan would take up a week of the 10-day window after Turkey, and that personnel would remain there for a few extra days before returning to the United Kingdom.

It’s understood it should not be assumed that Turkey is now in trouble without the buffer of the Japanese Grand Prix, so presumably efforts are underway either to rejig the calendar so that another race falls after Turkey.

F1 hopes to run two races in Austin (US), with the second under the Texas Grand Prix name.

Although the USA is not a red zone for the UK, but due to Delta surge in the United States, matters have become complicated with the Texas City Austin becoming a COVID hotspot, with hospitals reported to be full.

The Suzuka cancellation comes despite F1 promising to impose special conditions on all personnel travelling to Japan, including compulsory use of charter flights from Istanbul with testing on arrival, travel only between hotels and the circuits with no restaurants or shopping, security in each hotel to ensure that people could not leave, and eating only at the circuit in the evenings.