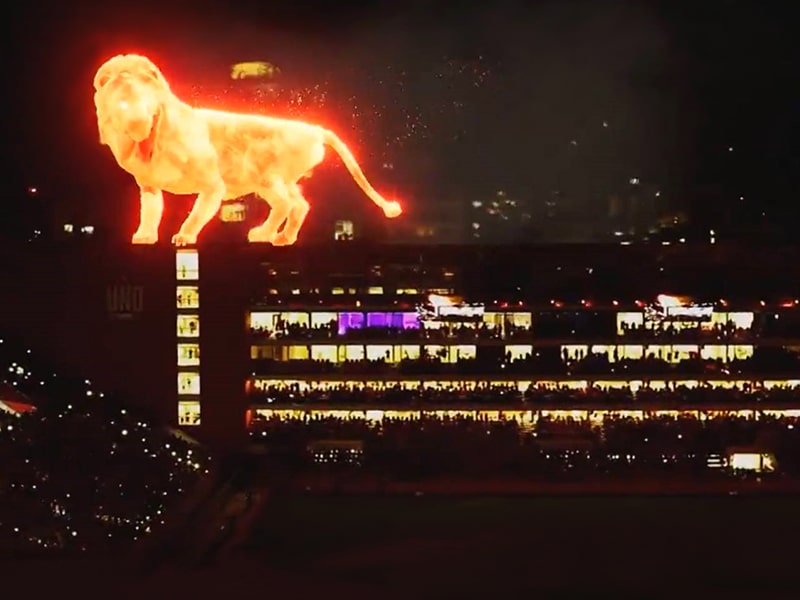 Argentine Superliga football club Estudiantes returned to their home ground recently – the redecorated Estadio Jorge Luis Hirschi. To commemorate the same, a host of celebratory events were held including unveiling of a huge holographic lion. However, not all furnishing and construction works are complete as yet of the facility.

It was quite a vision as the gathering saw the lion prowl across the roof of the stadium, jump on to the pitch before disappearing into a ball of flames. All this was done with the help of impressive augmented reality feature. The whole spectacle wasn’t visible to the naked eye, rather through special app or via the giant screens.

The address still remains the same, on the corner of Avenida 1 (thus the nickname Uno) and Calle 57, used for football since 1907.

The highlights of the events were Argentine pop star Diego Torres and the Bomba de Tiempo band performing in the venue. Juan Sebastián Verón, a former player for Estudiantes who is presently the Chairman of the club, delivered a speech on the occasion and thanked fans for gracing the event. Numerous sentimental events, like the revealing of Carlos Salvador Bilardo monument, were also held.

Estudiantes fans were simply waiting for the team to return home. Even if such a spectacular event was not planned, the venue would have been packed to capacity. The team will be here for keeps as the stadium meets not only domestic but also international requirements.

It was in August 2005 that Estudiantes played their last game at the football stadium in Argentina. Estadio Jorge Luis Hirschi was then closed due to safety issues. Since then the refurbishing work was done till the facility reopened recently.

The team have been living a nomadic life for the last 14 years since their stadium was closed for revamping.

Estudiantes entered into a strategic partnership with Telecom Argentina by dint of which Estadio Jorge Luis Hirschi will become the “first 100 percent digital stadium” in the country.

As the official technology partner of Estudiantes, Telecom will provide its latest generation communications and connectivity solutions throughout the sports complex. Throughout the length and breadth of the stadium, and in its shops, restaurants and museum, Wi-Fi and 4G connectivity will be available.

The main sponsor of the sports complex will be Flow – Telecom’s streaming platform. It will be used to generate official content for the club.
The newly spruced up Estadio Jorge Luis Hirschi will be able to accommodate 30,018 fans and will host competitions staged by the South American Football Confederation (CONMEBOL).

The revamped stadium has nothing in common with the one closed in 2005 for restoration work.

The venue has undergone spruce-up work several times over the decades. However, the spirit has remained the same -robust, football-only layout. Major space issues have necessitated several restoration works. 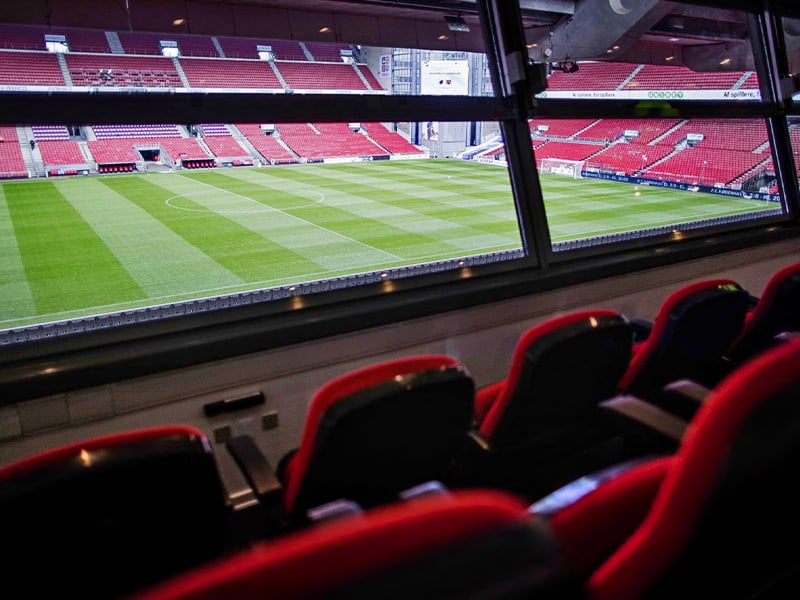