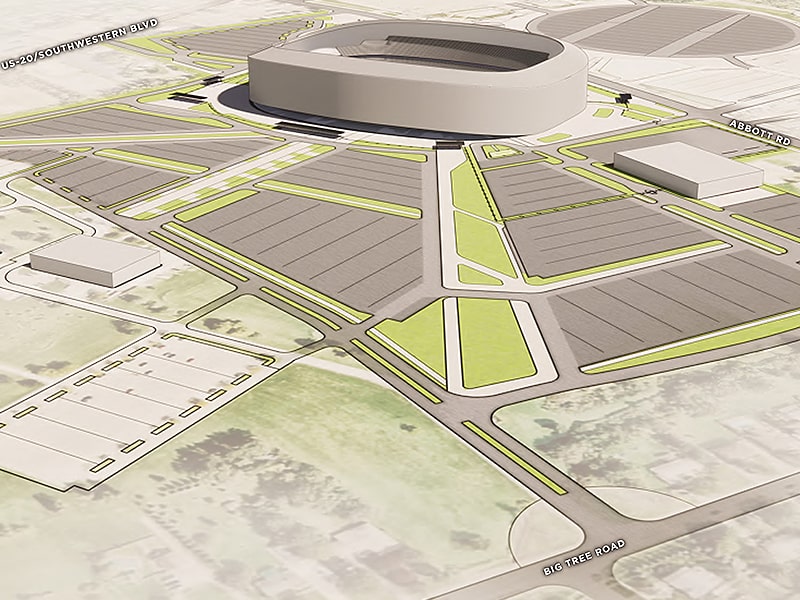 There will be a State Environmental Quality Review (SEQR) of the new Buffalo Bills National Football League (NFL) Stadium (US).

‘Erie County’ stated that in this regard a public scoping meeting will be held on July 14th, 2022, to garner public input on the scope of the project review. This will be held at the Buffalo Bills Highmark Stadium Fieldhouse at 1 Bills Drive, Orchard Park, New York (US). The Open House starts at 4:30 pm with the Project Presentation and Public Comment period following at 5:30 pm. An additional public hearing will be held in the future.

The Buffalo Bills Stadium is an American football stadium that has been proposed for use by the Buffalo Bills to be constructed in Orchard Park, New York and succeed the Highmark Stadium beginning in 2026.

In March this year, the Buffalo Bills had reached an agreement with the State of New York and Erie County in New York (US) on a 30-year lease for a new $1.4 billion stadium in Orchard Park (town in Erie County).

The Buffalo Bills are a professional American football team based in the Buffalo metropolitan area. The Bills compete in the National Football League (NFL) as a member club of the league’s American Football Conference East division. The team plays its home games at the Highmark Stadium in Orchard Park, New York.

The 71,608-capacity Highmark Stadium is a stadium in Orchard Park, New York (US), in the Southern portion of the Buffalo metropolitan area. The stadium opened in 1973 and is the home venue of the Buffalo Bills of the National Football League (NFL).

The SEQR process examines potential environmental impacts and social and economic considerations related to a proposed action and encourage communication among Government agencies, project sponsors and the general public.

On completing an EAF, the lead agency determines the significance of an action’s environmental impacts. The agency then decides whether to require (or prepare) an Environmental Impact Statement and whether to hold a public hearing on the proposed action.