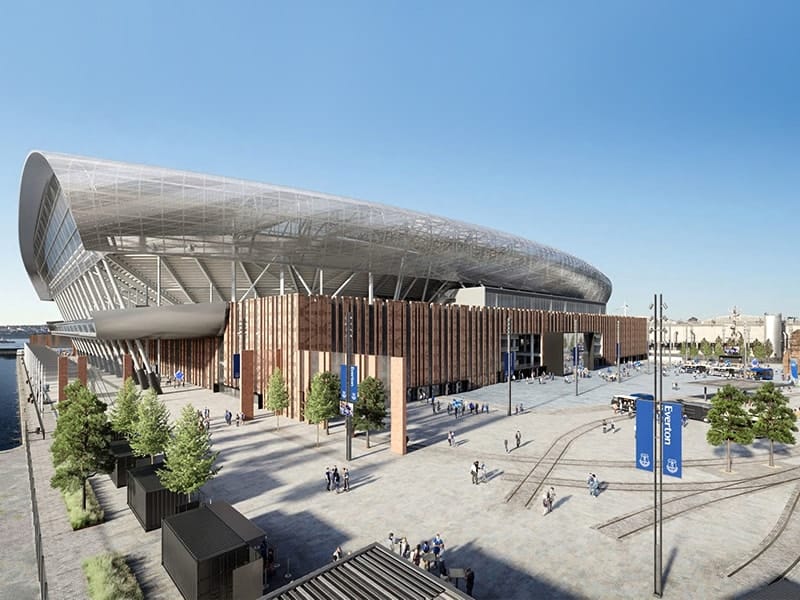 Liverpool City Region’s post COVID-19 economic recovery plan has incorporated Everton Football Club’s ‘The People’s Project’. A new stadium will come up at Bramley-Moore Dock in Liverpool, UK, as well as a community-led legacy at Goodison Park as part of the project. The stadium will boast capacity of 52,888.

The Liverpool City Region Combined Authority (LCRCA) has released a 55-page report, setting out a way forward for economic recovery once the coronavirus dust settles. While recovering from the coronavirus scourge will surely take a lot of time, there are projects of local and regional significance that should be expedited so as to create new jobs.

A list of eight major developments is included within the document and the Bramley-Moore Dock Stadium is by far the largest among them, expected to cost roughly £500 million (while the seven remaining projects make up £249 million combined).

Concerned authorities are keeping their fingers crossed and hoping that the pandemic will not come in the way of the project’s time frame, which should see work begin this year and end with a spiffy stadium in 2023. Once Everton relocate, a mixed-use heritage development will come up in the place of their historical residence Goodison Park, providing further stimulus.

‘Building Back Better’, an ambitious plan which envisages setting out the City region’s pathway to recovery from coronavirus which has left the world bruised, has been published by Steve Rotheram, Metro Mayor of the Liverpool City Region. The plan is supported by Everton head honcho, Denise Barrett-Baxendale, as well as other prominent figures from the worlds of business, academia, the social economy and trade unions.

Research carried out by international property consultancy Coldwell Banker Richard Ellis (CBRE) indicates a new facility at Bramley-Moore Dock would give a £1bn boost to the local economy, generate up to 15,000 jobs (12,000 during the construction phase), accelerate £650m of regeneration and entice 1.4m visitors to the City. These benefits are in addition to the development of a series of community assets which will combine to leave a lasting legacy at Goodison Park and generate £237m of societal value to the Liverpool City Region.

The fatal respiratory disease has left a disastrous impact on the Liverpool City Region with private institutions, charities and local authorities all moving quickly at the outset of the pandemic. Everton was the first football club to announce an outreach program to support its community’s vulnerable and socially isolated members. Blue Family is still being delivered by the club and Everton in the Community staff and has supported almost 10,000 individuals and families.

On March 19, Everton Football Club and Everton in the Community launched ‘Blue Family’, a coordinated outreach and engagement campaign to maintain contact with fans and provide vital support and assistance to some of the most vulnerable, socially isolated and at-risk members of the community in the wake of the coronavirus pandemic.

Commented Professor Barrett-Baxendale, “As one of the City region’s oldest business institutions and a key employer, Everton Football Club has played a significant role in culturally, socially and economically helping drive our city and City region forward. By being part of and supporting this economic recovery plan, we are proud to continue to play a major role in this region’s future.”

“We have seen first-hand through our Blue Family crisis response campaign how COVID-19 has damaged communities across the City region, exacerbating social issues such as unemployment, child-poverty, health and education inequalities. This plan brings together key private, public and third-sector organizations to develop the solutions required as we aim to build a globally competitive, environmentally responsible and socially inclusive economy,” the head honcho added.

‘Building Back Better’ sets out an evidence-based, concerted, responsive and coordinated effort to co-design and co-fund an integrated people-focused recovery program across employment, skills, health and inequality. The Economic Recovery Plan combines ‘The People’s Project’ with 39 other projects across the Liverpool City Region and aims to create more than 120,000 jobs in total, with 94,000 permanent roles and 28,000 job opportunities in the construction sector.

Barrett-Baxendale continued, “Our plans for a new stadium at Bramley-Moore Dock and a legacy project at Goodison Park is about more than just bricks and mortar, it is an example of how we can ‘Build Back Better’. While ‘The People’s Project’ is creating an iconic waterfront home for Everton and new community facilities and housing in L4, it will also deliver a significant economic boost for two disadvantaged areas of our city and address a skills gap to create job and apprenticeship opportunities for local people – which will help develop a sustainable workforce for other future City region developments. Local businesses will have the chance to benefit from local supply chain opportunities and our new home will act as a catalyst for further development.”

The plan has been submitted to the UK Government, outlining the potential for the Liverpool City Region to unlock up to £8.8bn of development projects in the next 12 months.

Planned almost on the bank of River Mersey, the new Everton stadium would be lodged within the Bramley-Moore Dock, once it’s reclaimed from Mersey’s waters. The building’s orientation will be North-South, which is optimal for stadia overall and in this particular case will ensure enough space on both sides to give enough elbow room to the crowd.

A multi-level parking in the west would sit next to the new arena. However, the parking spot’s height would be low enough and will not overshadow the venue in Liverpool’s landscape or – on the other side – to hide the Mersey riverfront from people within the stadium’s hospitality areas.

As the entire riverfront comes under UNESCO-listed global heritage site, the Meis Architects team decided to divide the stadium into two horizontal forms. The lower is directly connected to the dockland architecture, its brickwork taking a page out from the nearby Stanley Dock. Also, the latticework brick facade would be a loose ode to Archibald Leitch (whose works include Goodison), sometimes called the father of English stadia.

The upper form is far more modern and also significantly lighter, if only visually. Here steel, concrete and glass mix to create a cloud-like form atop the stadium. Translucent and illuminated at night the hovering upper form is also contrasting the shape of the facility’s lower half. Below, it’s robust, rectangular, and traditional. Above – one gets a simple yet rhythmic bold oval, cut on both ends to meet issues like space constraints.

The stadium provides enough room for the crowd to move in a streamlined manner on matchday. As vast majority of fans will approach the stadium from the East end, this is where the main plaza will be created, providing a meeting point before and after games. There are three main access routes planned for people using the public transport mode or simply walking to the stadium.

The seating layout is the most intriguing part. Stands have been divided into two and three tiers, except for the solid single-tiered south end. The main grandstand, in the West, will enjoy three levels, owing the division largely to its corporate hospitality contingent. East and North stands will likely boast two main tiers. All stands might be as close as five meters away from the field, making it a very compact auditorium for its capacity.

The South end is expected to attribute for most of the ‘stadium atmosphere’, with its very steep incline and fitting in 13,000 people, just more than Anfield’s Spion Kop. Also, should legislation allow such a move, the stadium’s South and North stands can easily be converted to safe standing areas, at least partly? Such a move might result in the total capacity growing from all-seated 52,000 to 62,000 with some supporters standing. 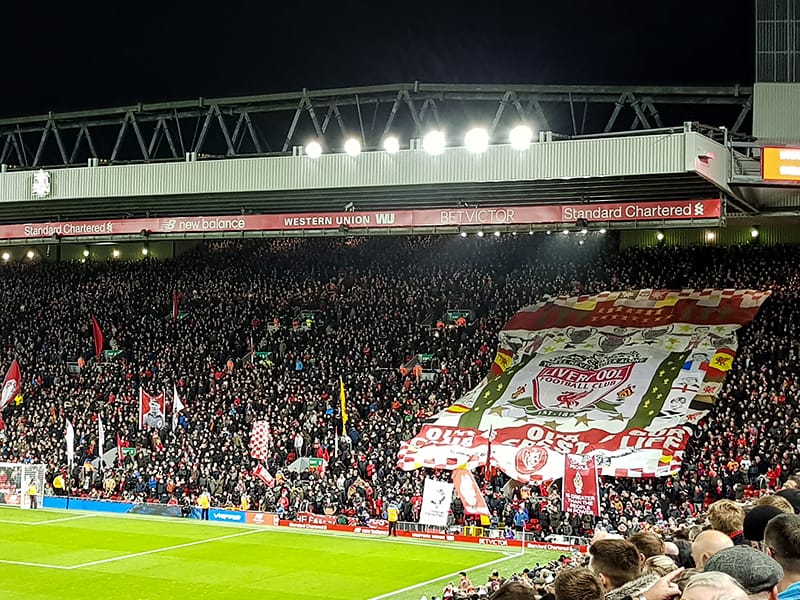 ‘The Reds’ to greet fans despite Govt curb