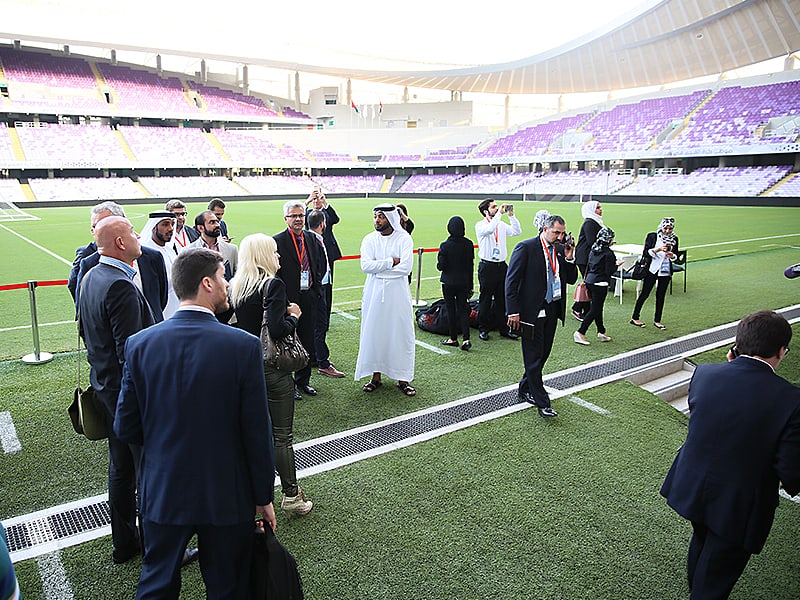 Football fiends who have taken both COVID-19 jabs will be allowed to attend the finals of the UAE President’s Cup 2021. The final will be held on May 16th.

Circa 8,000 fans will be allowed to catch the action live at the Hazza Bin Zayed Stadium in Al Ain City (UAE), with the 25,000-seat arena operating on a 30 percent capacity basis.

The Hazza bin Zayed Stadium is a multipurpose stadium which is lodged in the City of Al Ain, Emirate of Abu Dhabi, United Arab Emirates. It is the home stadium of Al Ain FC of the UAE Pro League (top professional football league). The stadium holds 22,717 spectators and opened in 2014.

The ‘Khaleej Times’ quoted the National Emergency Crisis and Disaster Management Authority (NCEMA) as stating, “It’s the first official event that only vaccine recipients and its clinical trials participants are allowed to attend.”

The UAE President’s Cup is a professional football tournament that takes place in the United Arab Emirates (UAE). Founded in 1974, the inaugural champion was Al-Ahli Saudi FC (Saudi Pro League club), although Al-Sharjah (Emirati professional football club) has taken the trophy the most times of any club, prevailing eight times.

The AFC Champions League is an annual continental club football competition organized by the Asian Football Confederation (AFC). The competition is a continuation of the Asian Club Championship which had started in 1967. A total of 40 clubs compete in the round robin group stage of the competition.

The ‘Khaleej Times’ further stated that spectators with an ‘E’ mark on the contact tracing app Al Hosn must take a PCR test 48 hours prior to the event.

The NCEMA added, “Accordingly, the experience will be evaluated, and the return of fans to the stands will be reconsidered during the next phase of the World Cup and AFC Asian Cup qualifiers.”

The showpiece fixture will see the Dubai-based Shabab Al-Ahli take on Al-Nasr.

The Shabab Al-Ahli Club is a United Arab Emirates professional association football club based in Dubai that currently plays in the UAE Arabian Gulf League. Al-Ahli is one of the most successful clubs in the UAE. The Al-Ahli Club was established in 1958 in Dubai.

The Al-Nasr SC is an Emirati professional football club based in Al Nasr, Dubai and competes in the UAE Pro League. Al-Nasr, literally translating to “victory” in Arabic, was founded in 1945 and is considered as the first and oldest club in the UAE.

« Previous News: FAI go whole hog to host 2024 Europa League
» Next News: Stadia in UK, US back to hiring again