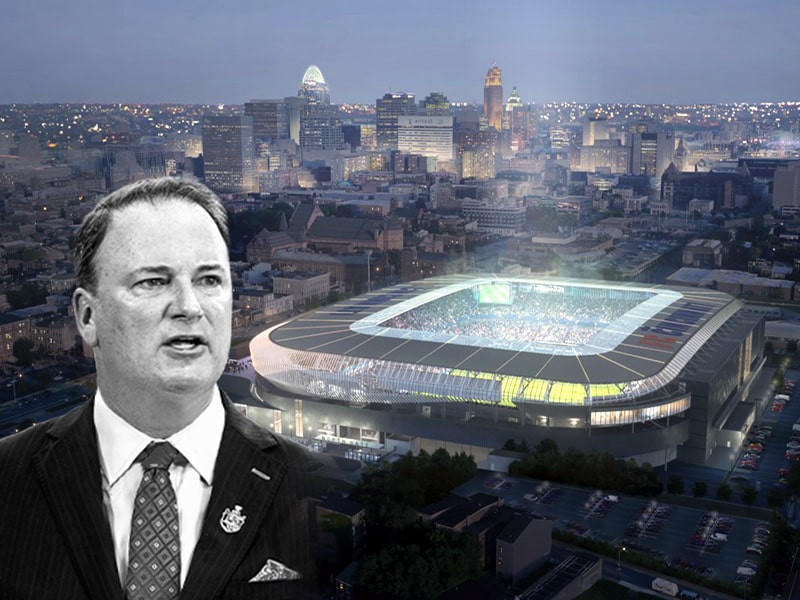 American soccer club FC Cincinnati on July 16 unveiled stylish new designs for their under-construction stadium project the city’s West End. Rechristened as West End Stadium, owing to its location, the venue has been designed and crafted by architecture firm Populous and is scheduled to open in March 2021.

Featuring steeply-raked stands and a fully-enclosed design, safe standing in “The Bailey” supporters’ end, a “Grand Staircase” entrance, a whopping 59 suites and an LED-lit 360-degree canopy roof covering every seat in the house, the new renderings suggest that FCC’s privately-financed, $250-million venue will push the MLS stadium game forward once again, mlssoccer.com reported.

“As a Cincinnati native and lifelong resident, I have nothing but pride knowing our West End Stadium will be a strong symbol of this city on the world stage,” FCC president Jeff Berding in a statement. Jeff Bending will speak at the forthcoming Coliseum Summit US, August 28-29, Downtown Grand Hotel, Las Vegas.

“We incorporated a lot of research and first-person feedback from fans and executives around the league with the goal of setting a new standard for both design and experience. We firmly believe we’ve not only matched the league’s best, but pushed the bar further and will deliver a superior fan experience for our incredible fan base.”

A swooping roof design sheathed in 513 vertical “fins,” each bearing custom LED lighting that can be programmed to glow and pulsate, gives the stadium a striking exterior appearance, according to mlssoccer.com

The facility’s total capacity will fall between 26,000 and 26,500 spectators, who will enter via six entrances – though the highlight of the half-dozen is the 30-foot-tall staircase on Central Parkway that will feature prominently in the march to the match that has become a tradition for FC Cincy fans, it added.

Other features include a 110-yard by 75-yard natural-grass pitch and a central tunnel for players to enter and exit, two video boards and two LED ribbon scoreboards wrapping around the mezzanine’s facade and a designated supporters’ section in the north end with a steep 34-degree angle and capacity for 3,100 hardcore FCC faithful.

The venue’s 59 suites are the most in MLS for a non-NFL venue and include three field-level suites like those found at San Jose’s Avaya Stadium and D.C. United’s Audi Field. With upper mezzanine sections also pitched at 34 degrees, the farthest seat in the stadium sits just 130 feet from the field, while the closest seat is 15 feet from the action. 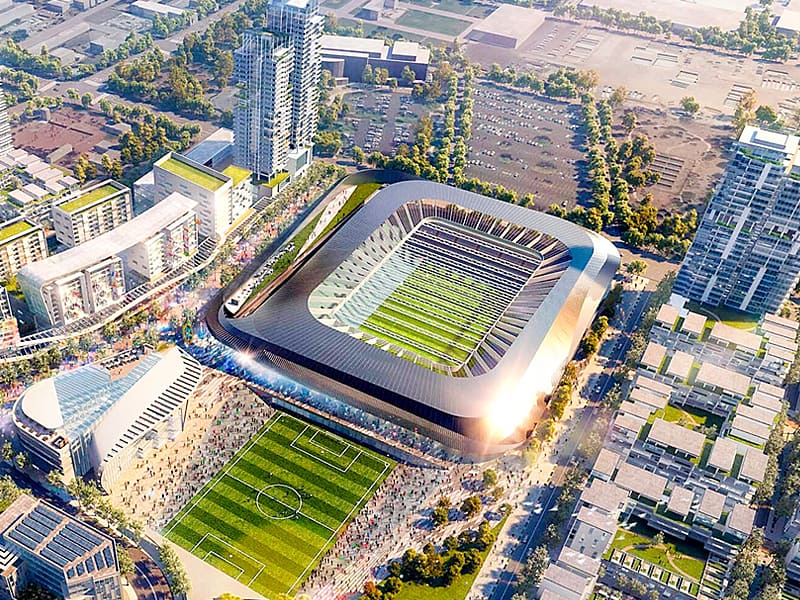