‘Fire all ‘fire’d up over allowing fans back 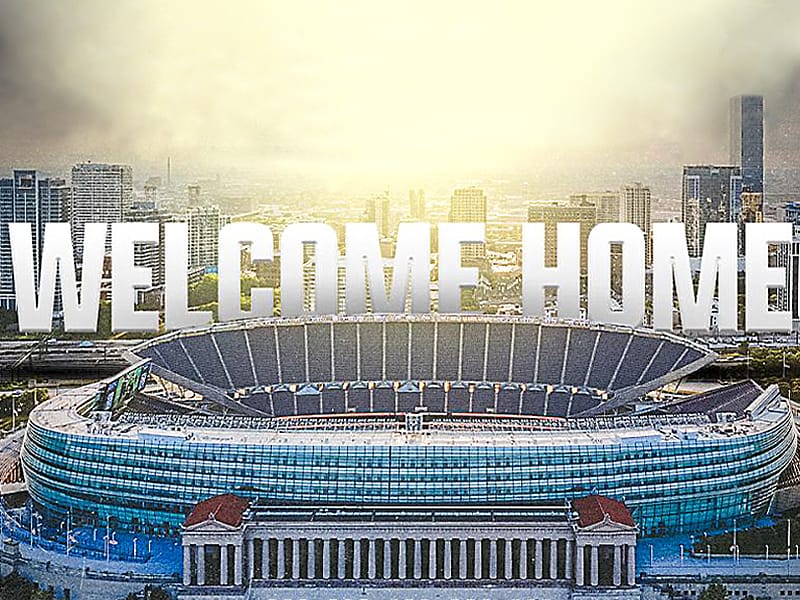 ‘Chicago Fire FC’ stated that the ‘Men in Red’ will face MLS team New England Revolution in its opening match, presented by Motorola, at Soldier Field on April 17th.

Chicago Fire Football Club is an American professional soccer franchise based in Chicago, Illinois (US). The team competes in Major League Soccer as a member of the League’s Eastern Conference, having moved to the Conference in 2002.

The New England Revolution is an American professional soccer club based in the Greater Boston area that competes in Major League Soccer in the Eastern Conference of the League. It is one of the 10 charter clubs of MLS, having competed in the League since its inaugural season.

The 61,500-capacity Soldier Field is an American football and soccer stadium located in the Near South Side of Chicago, Illinois, near Downtown Chicago. It opened in 1924 and is the home field of the Chicago Bears of the National Football League, who moved there in 1971, and Chicago Fire FC of Major League Soccer.

Under limited capacity guidelines in compliance with the City’s recovery plan, fans can expect to watch ‘Fire’ games in-person this season. The decision follows evaluation of Chicago’s remarkable progress in recent months with recovery efforts resulting in eased restrictions on COVID-19 protocols. Mayor Lightfoot, in partnership with the Chicago Department of Public Health (CDPH), Major League Soccer (MLS) and Chicago Fire FC, evaluated capacity and protocols to ensure fans will have a safe and fun experience when they return to the historic lakefront venue.

‘Chicago Fire FC’ quoted Mayor Lightfoot as stating, “One of the most exciting parts about our City being able to safely reopen is regaining our ability to get back to Soldier Field to cheer on beloved teams such as Chicago Fire FC. This announcement was made possible by the many months we have spent planning, strategizing and evaluating how to welcome fans back into the stands and we will continue to work in close partnership with the Chicago Fire FC team to prioritize fans’ health and mitigate risk.”

Chicago Fire FC will take a phased approach by first opening the 100 and 200-level sections of Soldier Field, while maintaining safe physical distancing between each seating pod in tune with guidance provided by MLS. As a part of the announcement, the club will have the ability to increase attendance up to 25 percent of Soldier Field’s capacity, which is consistent with the State of Illinois’ ‘Restore Illinois’ Phase 4 guidance.

Stated Fire Owner and Chairman Joe Mansueto, “Today is an exciting day for the Club. We’d like to thank Mayor Lori Lightfoot and Governor J.B. Pritzker for their leadership and guidance throughout the past year. We are looking forward to April 17th, when fans will be able to cheer on the team in-person at Soldier Field. We welcome all Chicagoans to come see a game this year.”

Masks will be made mandatory for all guests at Soldier Field except when they are eating or drinking at their seat. Additionally, social distancing will also continue to be practiced and emphasized throughout the concourse and all public areas of the venue.

Remarked Fire Head Coach Raphael Wicky, “Fans are what it’s all about. We train hard and play hard for you. What’s beautiful about football is our fans are from all walks of life. This is a sport that brings people together and we can’t wait for our supporters to be cheering us on at Soldier Field. We’re going to need them too. They’re the home field advantage that is so crucial in sports. I can promise our fans that every player on our team will give their all to make you proud.”

Additional health and safety protocols include staggered entry times and designated entry gates for guests, pre-determined and socially-distanced seating pods in groups of one, two, four or six seats, hand sanitizer stations throughout the facility, and rigorous and frequent cleaning processes throughout the venue.