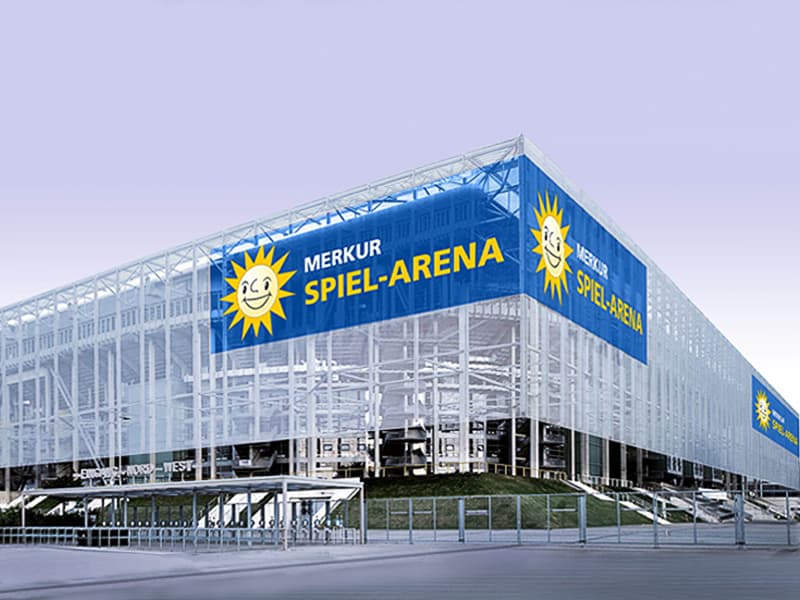 The cash-strapped third division German football club KFC Uerdingen have not been able to pay their rent for the stadium in Düsseldorf (Germany) – Merkur Spiel-Arena – on time. The livid arena operators have barred the club from using the venue.

KFC Uerdingen 05 is a German football club in the Uerdingen district of the City of Krefeld, North Rhine-Westphalia, Germany. The onetime Bundesliga side enjoyed its greatest successes in the 1980s but now currently plays in the 3rd division, 3. Liga.

The Merkur Spiel-Arena is a multifunctional football stadium in Düsseldorf, Germany. The stadium holds 54,600 people and has a retractable roof. Its special heating system allows the stadium to host comfortable events even during the height of winter.

Repeated pleas from the club’s side did not help. The operators of the arena – D.Live. – put their foot down recently as they had waited in vain for the outstanding 174,000 euros rent for the arena.

KFC Uerdingen did not pay on time and failed to submit a legally binding payment agreement. Thereupon, D.Live. decided to show the club the door. The home game of the KFC Uerdingen against the German football club FC Ingolstadt got canceled during the past weekend.

A statement sent out by D.Live. read, “KFC Uerdingen has not paid the outstanding rental payments for the use of the Merkur Spiel-Arena and has therefore not fulfilled the payment agreement with D.LIVE. They can no longer use the stadium. We understand the tight pecuniary condition of KFC Uerdingen but, at the same time, we are left with no other option.”

How soon the club will be able to find a new venue is a million-dollar question. Their cup of woes is overflowing what with two team members reporting COVID-19 positive recently.

However, in a sharp retort, KFC Uerdingen has refuted the charges that they have not been able to pay the rent for the stadium. However, their actions speak otherwise because the club has applied for insolvency recently.

The club is said to be in financial dire straits because salaries have always been delayed and the club’s Internet connection has also got snapped.