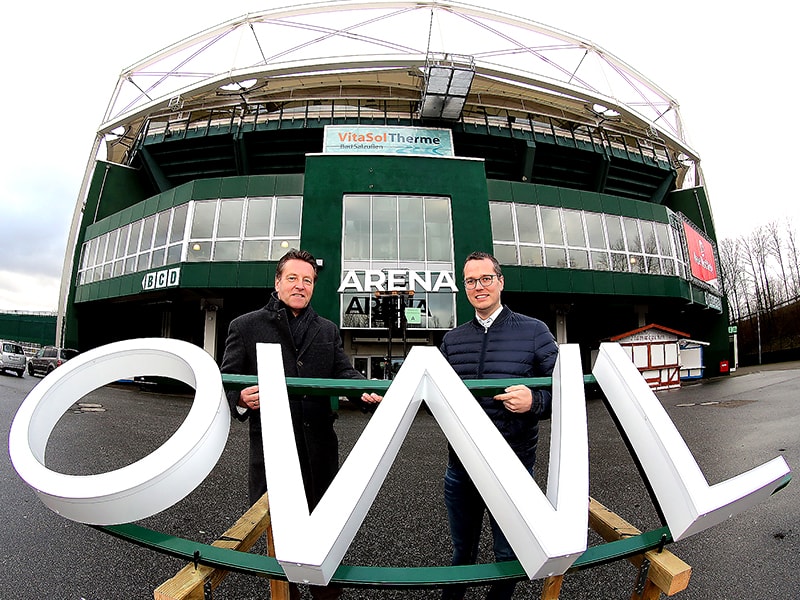 Gerry Weber Stadion at Halle in Germany will now on be known as the OWL Arena. The stadium is home of Germany’s Halle Open tennis event – one of the few grass court tennis tournaments around. The whole exercise is a sponsorship initiative that will involve a number of local companies.

A press statement issued in this regard stated that the Gerry Weber Management & Event is now known as OWL Sport & Event and the 12,300-seat facility has adopted a new moniker as a result. The announcement was made by the OWL Sport & Event GmbH & Co. OHG, formerly known as Gerry Weber Management & Event. OWL is an abbreviation for the region Ostwestfalen-Lippe (East Westphalia-Lippe).

A number of these companies had already sponsored the grass court tennis tournament, The Halle Open. The ATP 500 tournament is the OWL Arena’s showpiece event.

The sponsorship agreement will allow the sponsors to use the venue as an event space and the sponsors will receive ticketing and hospitality packages and will get substantial year-round advertising space. The agreement will run for five years the financial clause of which has not been disclosed as yet.

A new Legenden Club space has also been designed as part of the deal. The space will be used for Halle Open and for other events to be held at the facility.

Ralf Weber (left in the picture) and Alexander Hardieck, Managing Directors of OWL Sport & Event, said, “We have always placed great value on being rooted in the home region. And we could always rely on the confidence of the East Westphalian economy. This important connection is now becoming even more intense and valuable.”

The deal was struck only after the sponsorship of the arena and the Halle Open was separated. Gerry Weber previously sponsored the tournament but software company Noventi secured naming rights in 2018. Clothing brand Gerry Weber had held the position of title sponsor to both.

The whole scenario changed when German software company Noventi obtained the naming rights ahead of the 2018 edition of the event, following the financial ruin of Gerry Weber.

The Halle Open is being held in the arena since it went into operation in 1993. The grass-court tournament is held in run-up to the Wimbledon Grand Slam and has been won by Roger Federer a record 10 times.

Due to the separation of the naming rights for the arena and the ATP tournament, a broader and more economical set-up is possible.

“A total of 13 partners are in the process of further discussions with interested companies,” says Gerry Weber, Manager of the OWL Sport & Event GmbH Co. OHG.

The 28th edition of the Grass Court Open Halle, one of eight grass-court events on the ATP Tour calendar, will be held inside the OWL Arena from June 15 to 21, 2020.

The OWL ARENA is a multiuse arena which boasts a closable roof. The design engineering which is unique to the whole of Europe allows it to convert the stadium within 90 seconds into a venue independent of weather.