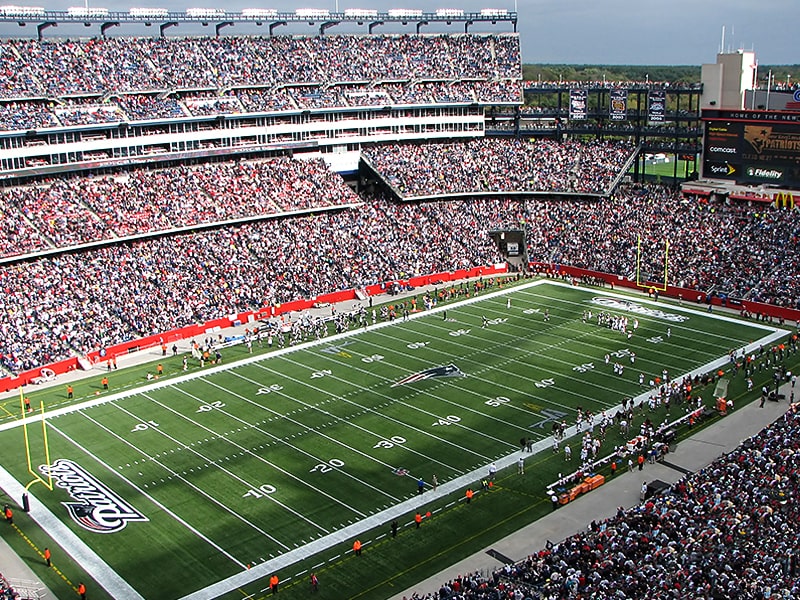 Evolv Technology, a leader in weapons detection security screening, announced on July 12th that the Gillette Stadium (US) is creating better fan experiences through the use of its Evolv Express® Systems.

‘Evolv Technology’ stated that Evolv Express combines powerful sensor technology with proven artificial intelligence (AI) and analytics to help ensure safer public venues and more accurate threat detection while getting visitors to their seats in a faster and better manner.

The 65,878-capacity Gillette Stadium is a multipurpose stadium located in the town of Foxborough, Massachusetts (US), which is 22 miles Southwest of downtown Boston (US). It serves as the home stadium and administrative offices for both the New England Patriots of the National Football League (NFL) and the New England Revolution of Major League Soccer (MLS).

Evolv Technology is transforming human security to make a safer, faster and better experience for the world’s most iconic venues and companies as well as schools, hospitals and public spaces, using industry-leading artificial intelligence (AI)-powered weapons detection and analytics. Its mission is to transform security to create a safer world to work, learn and play. Evolv has digitally transformed the gateways in places where people gather by enabling seamless integration combined with powerful analytics and insights.

Evolv’s advanced systems have scanned more than 250 million people, second only to the Department of Homeland Security’s Transportation Security Administration (TSA) in the United States. Evolv has been awarded the U.S. Department of Homeland Security (DHS) SAFETY Act Designation as a Qualified Anti-Terrorism Technology (QATT) as well as the Security Industry Association (SIA) New Products and Solutions (NPS) Award in the Law Enforcement/Public Safety/Guarding Systems category.

‘Evolv Technology’ further stated that as thousands of fans flock to the Gillette Stadium, they can now walk through the entrance gates, avoiding long lines or having to stop, as Evolv’s systems are trained to spot weapons and other potential threats while ignoring other items like keys, loose change and cellphones. This technology creates better customer experiences as fans anticipate the next big win by the New England Patriots or the New England Revolution, or sing along with their favorite musical headliner performing to a soldout crowd.

Said Gillette Stadium Chief Operating Officer (COO) Jim Nolan, “Entertainment is our business, but safety is our top priority. To ensure the continued safety of our guests, we conducted a thorough evaluation that led to the easy decision of choosing Evolv Technology.”

As a sports and entertainment venue with 65,878 seats, the Gillette Stadium is the fulltime home of the New England Patriots and New England Revolution and is one of the world’s top-grossing concert venues. The venue annually hosts a diverse variety of other major ticketed events, including international soccer matches, National College Athletic Association (NCAA) athletics, professional lacrosse, motor sports and high school football state championships. In 2016, Gillette Stadium hosted the NHL Winter Classic, and was recently named the host venue for the 2023 Army-Navy Game and 2026 FIFA Men’s World Cup™ matches.

The Gillette Stadium became the first venue of its kind to regularly host corporate and social functions unrelated to ticketed events. Today, its Special Events Department is a major part of the stadium’s 365-day operation, managing and hosting hundreds of functions annually.

Stated John Baier, Evolv Technology’s Vice- President of Sports, “As we celebrate another major professional sports stadium’s choice of Evolv Technology, we also recognize the growing need to help ensure the safety of fans and staff. Metal detectors, once a staple in public safety, have gone the way of pay phones and fax machines. With AI-based systems, we believe fans have better experiences while venues have a more sophisticated and less intrusive way to identify and address potential threats.”