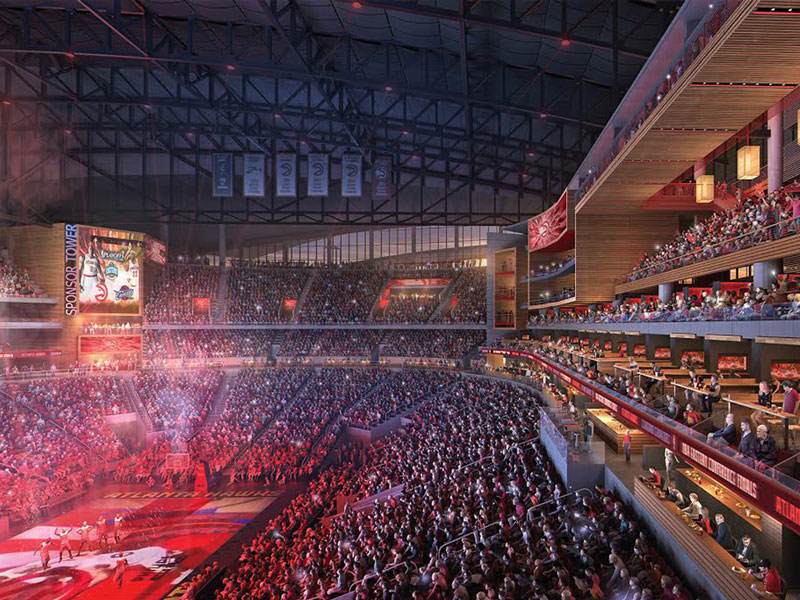 Philips Arena, home to NBA’s Atlanta Hawks, US, will have new seats as part of its venue renovation that are expected to complete this October. Around 12,500 seats were removed recently and 64 tons of recyclable materials have been separated, according to media reports. The recyclable materials will be sent to a landfill.

The organization “felt it was our responsibility to remove seats and other materials in a way that values sustainability,” an Associated Press report quoted Brett Stefansson, Hawks executive vice president and Philips Arena general manager, as saying.

The recycling of seats is being done in partnership with Atlanta’s Rubicon Global, a company with a focus on recycling and waste-reduction programs.

In one of the largest seat recycling efforts at an arena, the seats were pulled out and recycled as much as possible, saving 265 tons of carbon emissions by diverting the seats from being dumped in a landfill. A conscious decision was taken by the Hawks towards a complete recycling instead of auctioning off the seats.

Last summer, some of the arena’s seats were replaced leaving 12,500 seats specifically for this recycling project by Rubicon, without any additional cost to the team.

The seating changes will include non-traditional premium seating areas with couches and cabanas along with a reduced number of suites. The arena will have a total of 17,700 seats – about 550 fewer than before the renovation – making it perhaps one of the smallest-capacity NBA venues, AP reported.

Philips Arena will be closed until the start of the Hawks’ season in the fall for construction. The $192.5-million renovation project started last year with the most prominent makeover being the new club area on the floor level. It is currently in its final phase.

The arena will also have a new state-of-the-art video board system, which is three times larger than the current one.

The Hawks are using a high-tech virtual tour called “The Preview” to provide a glimpse into the near future of the NBA team’s renovated arena to maintain and gain more ticket holders. The tour offers a before-and-after look of the arena.

Thousands of potential suite and seat buyers have already taken the tour held in a 2,500-square-foot space, which is located on CNN Center property.