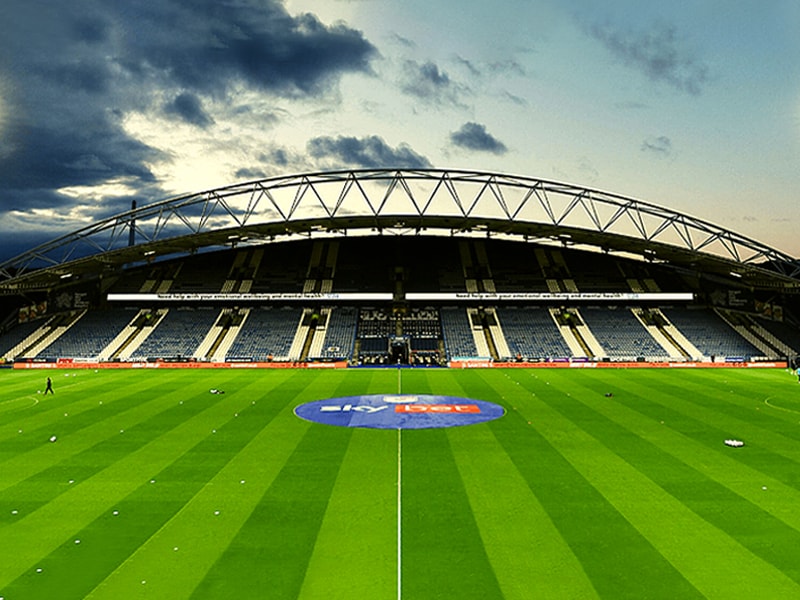 The Kirklees Council has agreed to hand over their 40 percent share of The John Smith’s Stadium in Huddersfield, England (UK), to the EFL Championship club Huddersfield Town A.F.C. and the rugby league team Huddersfield Giants.

‘YorkshireLive’ stated that as revealed recently, the Kirklees Stadium Development Limited – which manages the stadium – could be at risk of going into administration due to debts running into millions of pounds. The stadium is in need of between £8m and £10m worth of refurbishments over the next 10 years to address a “backlog” of maintenance issues in order to extend the stadium’s life until 2050.

The Kirklees Council is the local authority providing most local Government services for the borough of Kirklees in West Yorkshire, England, UK. It is a metropolitan district council and one of the five constituent councils of the West Yorkshire Combined Authority.

The 24,500-capacity The John Smith’s Stadium is a multiuse stadium in Huddersfield in West Yorkshire, England, UK. Since 1994, it has been the home ground of football club Huddersfield Town and rugby league side Huddersfield Giants, both of whom moved from Leeds Road.

The Huddersfield Town Association Football Club is a professional football club based in Huddersfield, West Yorkshire, England (UK), which competes in the EFL Championship. The team has played home games at The John Smith’s Stadium since moving from Leeds Road in 1994.

The Huddersfield Giants are an English professional rugby league club from Huddersfield, West Yorkshire, the birthplace of rugby league, who play in the Super League competition. The John Smith’s Stadium serves as their home ground.

‘YorkshireLive’ further stated that the bulk of this work needs to be done over five years and the Kirklees Stadium Development Limited was said to be experiencing “severe cash flow difficulties” that have been worsened by increasing energy costs.

The Kirklees Council has now agreed to plans to try and safeguard the future of the stadium. It is hoped that with the sports clubs having more control they will be able to attract future investment.

In a statement, the Kirklees Council said, “The Kirklees Council’s Cabinet has approved plans to open up negotiations to secure the future of the town’s The John Smith’s Stadium. Since it opened in 1993, the stadium has been managed by the Kirklees Stadium Development Limited (KSDL), with shares held in the company by the Council and the town’s two professional sports clubs, Huddersfield Town Association Football Club (HTAFC) and Huddersfield Giants Rugby League Football Club (HGRFLC). In recent years, the KSDL has faced challenging trading conditions and partners have been in discussions about putting the stadium on a firmer financial footing. A recommendation to the Cabinet proposed that a new ownership model – where the Council transfers its stake to the clubs – could bring much-needed investment to the facility as well as giving the stadium a more sustainable business model for the future. In any of the proposed scenarios, the Council would retain ownership of the stadium site. Now that councilors have agreed to the recommendation, the Kirklees Council will explore a new ownership model with its partners.”

The Huddersfield Town also own 40 percent of KDSL with the Giants holding a 20 percent share.

Kirklees Council’s Cabinet Member for Regeneration, Councilor Graham Turner, observed, “The station to stadium corridor in Huddersfield has huge economic potential. The masterplan gives shape to our ambition and sets out how we can bring high quality jobs and economic opportunities to the town. At the heart of those plans is the stadium. A new ownership model could secure its future as well as going a long way to unlocking the wider economic potential of the surrounding area.”

In a joint statement on the future of stadium, the Council, Town and Giants, said, “The stadium is at the heart of our community. Our clubs mean so much to people across Huddersfield and well beyond. But if the stadium is going to serve the community for the future, it needs investment and a financial platform that’s sustainable in the long term. All partners are working closely together to find a way forward that suits everyone, especially supporters and future generations of fans. There’s a lot of detailed and complex issues to consider and a range of options open to us. But all partners are committed to maintaining the stadium as the heart and soul of Huddersfield’s sporting heritage.”

« Previous News: ‘The Cathedral’ gets nod but with provisos
» Next News: Fans at the forefront for Everton F.C.