Fans at the forefront for Everton F.C. 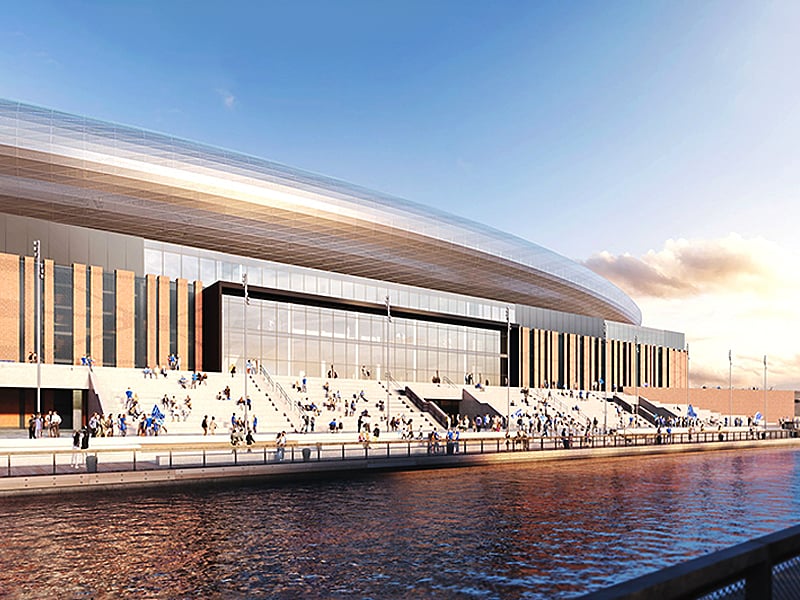 The Premier League club Everton F.C. is inviting supporters to take part in a series of surveys that will help shape matchdays and the overall visitor experience at the club’s new stadium – the Everton Stadium in Liverpool, UK.

‘Everton FC’ stated that designed by Everton’s Data Science and Insight team, the wide-ranging research will allow the club to build on the results of previous fan surveys to provide a thorough understanding of the expectations of supporters in relation to the new stadium.

The Everton Football Club is an English professional association football club based in Liverpool, UK, that competes in the Premier League, the top tier of English football.

The Everton Stadium at Bramley-Moore Dock is an under-construction football stadium that will become the home ground for Everton F.C. Located on Bramley-Moore-Dock in Vauxhall, Liverpool, England (UK), it is due to open for the start of the 2024-2025 seasons, replacing the Goodison Park.

‘Everton FC’ further stated that the first survey, entitled ‘Matchday Experience’, was sent directly to supporters aged 18 and over recently. The survey seeks to gather thoughts from fans in relation to matchday food and drink, pre- and post-match entertainment, and travel plans and expectations for their new matchday rituals.

Emails from the club, with an invitation to take part in the multi-phase study, have been sent out to members of the Fans’ Panel, which includes Season Ticket and Official Members as well as Shareholders.

Evertonians, who don’t believe they are part of the groups listed above, wishing to complete the survey will have the opportunity to do so by entering their Supporter Number and surname by clicking here.

The survey will be open until 10 am on January 9, 2023, giving fans the chance to share their views and preferences.

Commented Colin Chong, Chief Stadium Development Officer at Everton, “The voice of supporters has been a vital part of this project, shaping our initial 11 key principles and helping set new engagement records for our City during the two-stage public consultation process that led to unanimous planning approval. Now, as we complete our first full year of building above ground at the site of our new home, we want to hear from fans to help inform a number of our strategic workstreams. The first in our series of surveys will cover the key areas of a matchday experience and the feedback we receive will be invaluable. It is important we understand what supporters want and expect. Even in the short time this project has been live we have seen that people’s trends, habits and desires change as they learn more about Everton Stadium or as their life circumstances change or tastes evolve. The outcomes generated from this survey will continue to guide our decision-making on key matters relating to every facet of what matchdays will look and feel like when we move to our new home.”

The club will also be engaging ‘Blues’ in future surveys in the new year, specifically to help shape planning for the migration of fans from Goodison Park to Everton Stadium, and to understand how consumer habits and digital technology can enhance supporter interaction at Everton’s new home. Running alongside the surveys, the Everton Fans’ Forum’s New Stadium Project group will be working with the club to deliver several focus groups to further explore some of these topics.

Evertonians will be updated once the period of research is complete with headlines results, the engagement outcomes and how the club plans to use the feedback across its strategic workstreams.