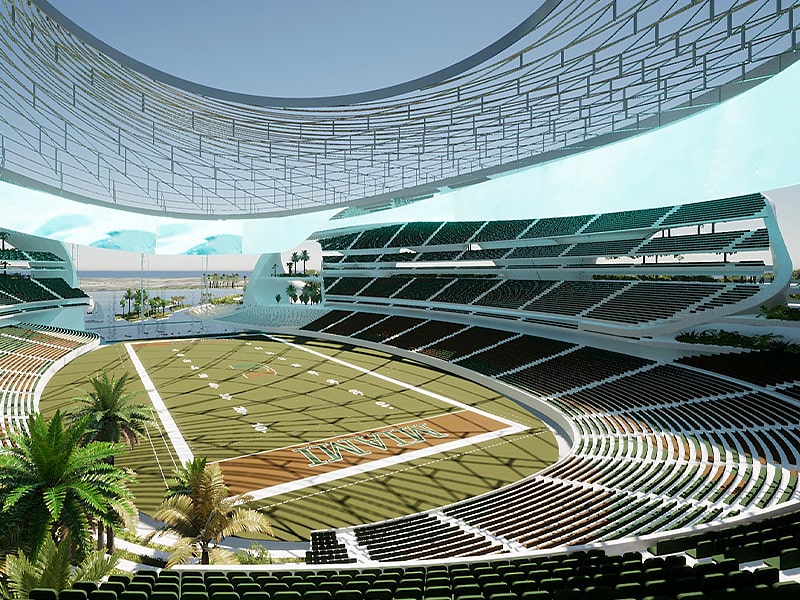 The Miami Hurricanes football program (US) has long received criticism for its long-distance separation between the stadium and the campus.

‘The Spun’ stated that but in the not-so-distant future, that well-documented problem could have a solution.

The Miami Hurricanes football team represents the University of Miami in college football. The Hurricanes compete in the National Collegiate Athletic Association (NCAA) Division I Football Bowl Subdivision and the Coastal Division of the Atlantic Coast Conference.

The 65,326-capacity Hard Rock Stadium is a multipurpose stadium located in Miami Gardens, Florida, US. The stadium is the home field for the Miami Dolphins of the National Football League (NFL) and the Miami Hurricanes, the University of Miami’s NCAA Division I college football team.

A private research university with more than 17,000 students from around the world, the University of Miami (US) is a vibrant and diverse academic community.

The National Collegiate Athletic Association (NCAA) is a nonprofit organization that regulates student-athletics among about 1,100 American, Canadian and Puerto Rican schools.

NCAA Division I (D-I) is the highest level of intercollegiate athletics sanctioned by the National Collegiate Athletic Association (NCAA) in the United States, which accepts players globally. D-I schools include the major collegiate athletic powers, with large budgets, more elaborate facilities and more athletic scholarships than Divisions II and III as well as many smaller schools committed to the highest level of intercollegiate competition.

‘The Spun’ further stated that billionaire alumnus John Ruiz hopes to bring a 65,000-seat stadium closer to the University of Miami’s campus. The proposed venue would be built on the West side of Miami’s Tropical Park in Olympia Heights, Florida (City park offering miles of paved biking and hiking paths plus boating and fishing in four separate lakes).

When the Orange Bowl shut down in 2008, Miami started playing its home games in the Dolphins’ Hard Rock Stadium. The NFL venue is 20 miles away from Miami’s campus.

The 72,319-capacity Miami Orange Bowl was an outdoor athletic stadium in Miami, Florida (US) from 1937 until 2008. The stadium was located in the Little Havana neighborhood West of Downtown Miami. The stadium shut shop on January 26th, 2008.

The new facilities, which will include an indoor practice field, will cost upwards of $100 million.

New Head Coach of the Miami Hurricanes football team, Mario Cristobal, said back in April, “Where we’re headed is a different level of facility. It will be as good or better as anything in the country – and that is an arms race because every five years you are saying that again. It is exciting because Miami has never had that. Miami has had a lot of success without it, but as the years have gone by, people have discovered it to be a good business, you have to keep investing.” 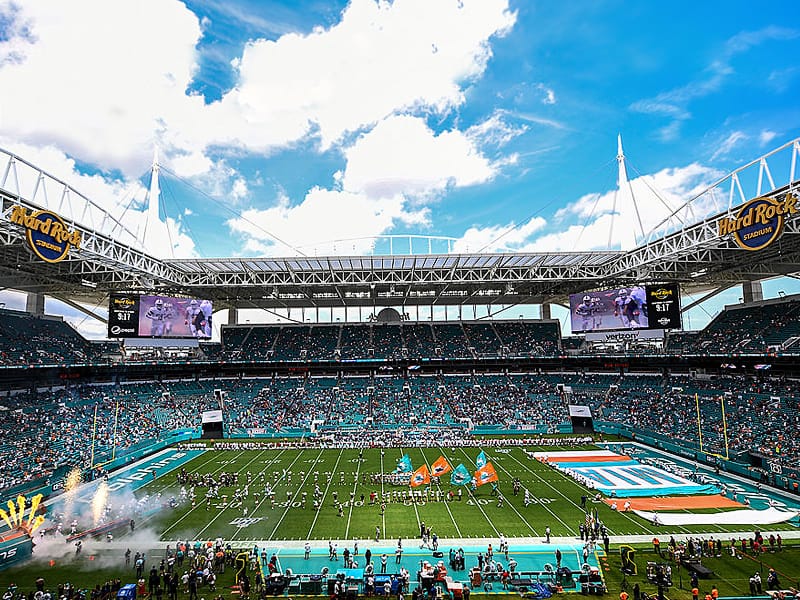 Hurricanes not at ease in Hard Rock Stadium