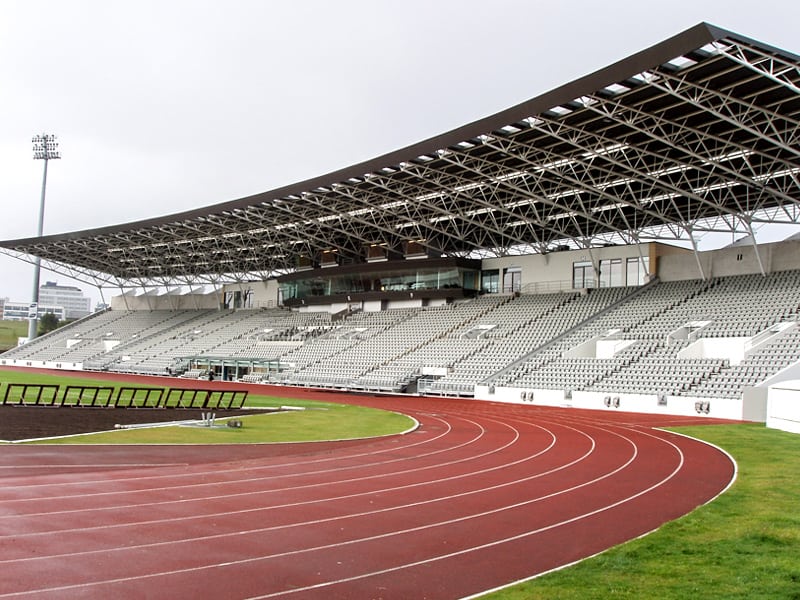 AFL Architects has completed its assessment of Iceland’s Laugardalsvöllur National Stadium. The international design practice was appointed earlier this year as part of a highly competitive selection process.

On behalf of Þjóðarleikvangur ehf, the KSÍ (Icelandic Football Association), the City of Reykjavík and the State, the design team delivered an Outline Business Case (OBC) complete with a recommended option for future development. The full report includes extensive analysis of the current position and key international data/ benchmarks to develop and test a series of potential scenarios.

KSÍ or the Football Association of Iceland is responsible for the development of football in Iceland and delivering education and information on social matters. Many different events, such as tournaments, coach education, social awareness projects, and football for disabled and so on, are delivered all-year-round.

The above mentioned scenarios comprise redevelopment, new build, roofed and non-roofed options, for which initial layouts were drawn up with full consideration of the numerous environmental and geotechnical challenges in the region. These options were subsequently analyzed against demographic and attendance figures and costed with due regard to profit and loss (P&L) projections.

The final recommendations, when all factors were taken into account, are a new arena which can fit in 15,000 people with an openable roof. This proposal has been taken forward by the client for a final decision to be made by the Icelandic Government, KSÍ and the City of Reykjavík.

Árni Geir Pálsson, Chairman of the Board, Þjóðarleikvangur, stated, “As lead consultant, the design practice has exhibited an obvious determination to produce a successful venue for the Icelandic nation. Their recommendations have been delivered clearly, with inspiring and meaningful design solutions. I look forward to the future vision of Iceland’s National Stadium to be made a reality.”

Remarked John Roberts, Director, AFL Architects, “To be selected by our client for such a nationally and historically important project was an honor for our team. It has been a testament of our ability to work openly and collaboratively, encouraging diverse ideas and bringing forward workable, effective solutions to some truly unique challenges. I am confident the vision we have delivered will be achieved. Iceland deserves a stadium that reflects their extraordinary footballing achievements.”

Laugardalsvöllur was built in 1957 and has been revamped in several phases since. It is the second smallest capacity of any national stadium for any European country currently ranked in the FIFA World Top 100 teams and is not fully compliant with UEFA Category 4 requirements. It has, therefore, required exemptions and special preparations to host competitive matches in international fixtures.

Iceland’s men’s team reached a peak world ranking of 18 and are currently ranked 39th, while 10 years ago they were outside the top 130 teams in the world. The women’s national team is currently ranked 19th in the world by FIFA. The delivery of this OBC is therefore hoped to be the first step towards realizing a venue that best manifests the country’s growing accomplishments.