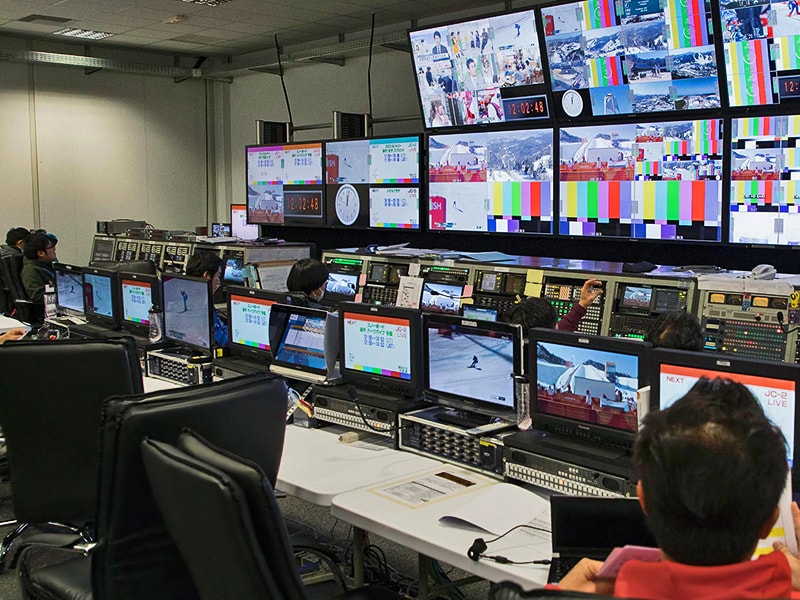 Timo Lumme, Managing Director of International Olympic Committee (IOC) Television and Marketing Services, said the IOC will find ways and means to look for an “equitable solution” with rights-holding broadcasters over payment schedules for rights to the postponed Tokyo Olympic Games.

The Tokyo Olympics are to be postponed until 2021 following talks between Japan’s Prime Minister, Shinzo Abe, and the International Olympic Committee (IOC) President, Thomas Bach on March 24.

The COVID-19 havoc forced the Tokyo Olympic Games to be rescheduled to July 23, 2021. Since then, the IOC is in negotiations with all stakeholders and will seek solutions with broadcasters over when fees are paid.

Lumme informed mediapersons recently, “Having just announced the postponement we’re getting in to all of this but we’ll be talking to all the broadcasters to make sure that we come up with an equitable solution.”

“It’s [still] a little bit early on and all these arrangements are always subject to contract. We will of course look to find fair solutions with all the broadcasters to make sure that we’re supporting them as they continue to plan for coverage of the Games in 2021,” Lumme added.

Various broadcasters, including the likes of Nent, Canal Plus, beIN Sports and DAZN, have told rights-holders that they will stop making payments to various properties.

However, the IOC very well knows the fact that its property has been postponed and not canceled. They, along with the broadcasters, know the exact date when the sporting spectacle will be held. Nevertheless, broadcasters will take a hit in advertising and one-off costs associated with the Games now not taking place this summer.

Media rights income make up for a huge chunk of IOC’s revenues – 73 per cent of 2013-2016 revenues of $5.7bn (€5.25bn) stemmed from that source – and many international federations will have budgeted for the Olympic income to hit their accounts in the middle of this year.

On IOC making advance payments to smaller federations who will be dependent on the income, Kit McConnell, IOC’s Sports Director, informed that talks were on as regards any support the IOC can provide but it was “too early to speculate”.

He said, “We’re very conscious of the impact of coronavirus across the world of sport. We know that the federations have lost a number of events this season. The revenues not only from this season but potentially for the next calendar year will be impacted as well. We’ve heard that and had that discussion with the federations already.”

The IOC will look into the whole issue of federations feeling the impact of the COVID-19 outbreak, McConnell said and “what role we can play in addressing that”.

Remarking on the issue of international federations and national Olympic committees that will be in need of financial backing, Lumme informed, “That’s part of an overall plan that the IOC is working on. We have both the supply side from the broadcasters and the demand side from our constituents but it’s all being worked on at the moment.”

US-based media giants NBCUniversal and Discovery are two of IOC’s heavyweight broadcast rights-holders and have issued supportive statements with regards to the postponement.

The Tokyo Olympics will be the last covered by NBC’s $4.38bn rights agreement, which has spanned four games from Sochi (Russia) 2014 onwards. NBC’s new $7.75bn Olympics rights deal, which runs from 2022 to 2032, will begin with the 2022 Winter Olympics in Beijing.

Discovery, which holds the Olympics broadcast rights in Europe (barring Russia) from 2018 to 2024 in a €1.3bn ($1.41bn) deal, said in a statement, “We are pleased that the IOC and Tokyo 2020 have acted swiftly to reschedule the Games and provide certainty for stakeholders, especially for athletes, fans, and brand partners. We look forward to an incredible summer of sport in 2021.”

Staging the sporting showpiece and an event of huge magnitude like Olympics is no mean task even during a normal situation. The coronavirus taking menacing form and the Olympics finally getting postponed to 2021 has created an entirely new set of challenges for the local organizers as well as for the IOC. With so much money pumped in and so many moving parts covering operational areas like venues, sponsorship, broadcasting, ticketing, hotels, transportation, security and merchandising, the whole task is mammoth, to say the least.