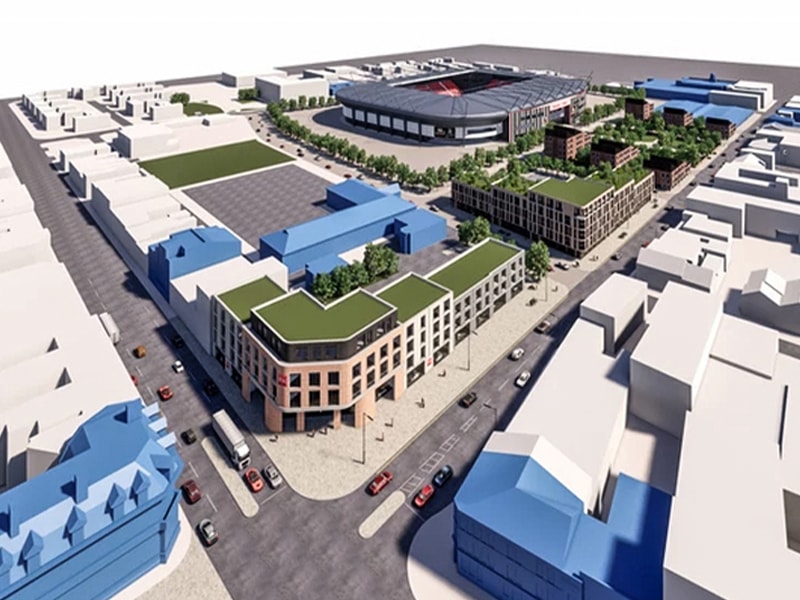 With the dull fiscal scenario hitting all levels of football and as uncertainty looms large over available funds in the near future due to the COVID-19 bane, the Grimsby Town Football Club in England announced recently that they would have to “re-evaluate” their stadium plans.

Grimsby Town Football Club is a professional football club based in Cleethorpes, North East Lincolnshire, England, that competes in League Two, the fourth tier of the English football league system.

Grimsby Town are following the footsteps of other teams and have placed all their employees on furlough. With league suspended indefinitely amidst the coronavirus pandemic, the future is shrouded in uncertainty and the club Director, Philip Day, has admitted the situation is “quite serious”.

Day confirmed that the current coronavirus crisis could or possibly already has impacted the club’s plans to relocate from their present residence Blundell Park to a new stadium at Freeman Street in UK. With both public authorities and football governing bodies facing severe financial crunch, availability of external funding for major project could be limited in the near future.

Day added, “We have to re-evaluate. We’ve had a knock on our finances at the club. What grants will be available to us, either from local Government or Central Government, we don’t know going forward. This pandemic is costing Central Government an arm and a leg, so how much spare money there’ll be for redevelopments, we just don’t know.”

While it is very apparent that construction projects tendered by the public sector are key to springing the economy back up, the full scale of COVID-19’s impact is yet to be understood.

Grimsby Town’s new 14,000-seat stadium plans were first presented in the first part of 2019. It’s expected that the project could cost in excess of £20 million. The club were hoping to have it built within three to five years.

It is something like jinxed with Grimsby Town, ever since they had begun exploring options of relocation in 1990s. But, their first planned project for Great Coates fell through and the second one – for Peaks Parkway – also proved dead late into 2018. And, now, they have again hit the coronavirus speedbreaker.