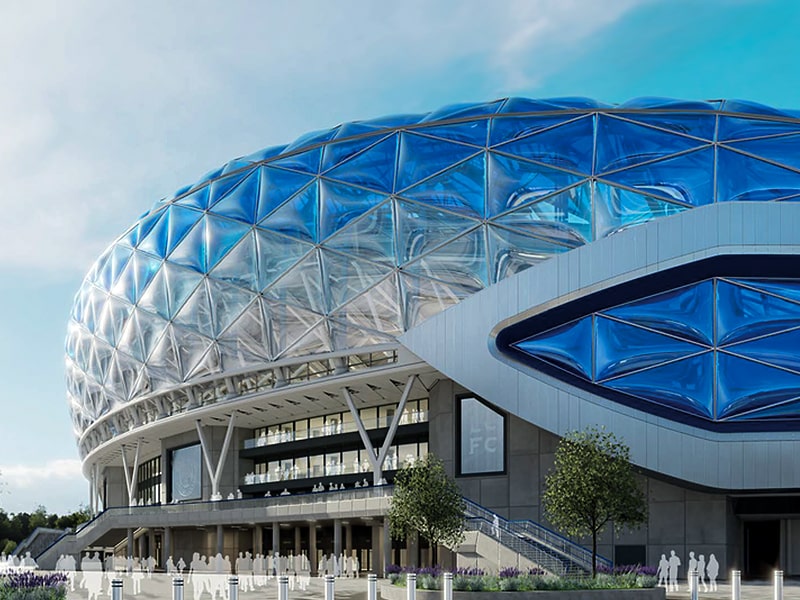 The Premier League team Leicester City F.C. (UK) are still waiting for the Council’s judgement on their residence – King Power Stadium – expansion plans after the consultation period was extended.

The ‘Leicestershire Live’ stated that Leicester City unveiled their ambitious project last Summer as they look to build a new stand and increase the capacity of their home ground to 40,000 while revitalizing the surrounding area with indoor entertainment arena, hotel, and more.

The Leicester City Football Club is a professional football club based in Leicester in the East Midlands, England (UK). The club competes in the Premier League, the top tier of England’s football league system, and plays its home matches at the King Power Stadium.

The King Power Stadium is a football stadium in Leicester, England (UK). It has been the home stadium of Premier League side Leicester City since 2002, and was the stage as the club were crowned Premier League champions in 2016. The all-seater stadium has a capacity of 32,261, the 20th largest football ground in England.

Leicester City’s vision for King Power Stadium is a vision for Leicester. A regenerative investment revitalized in the region’s economy, it is a project to preserve the legacy of one of the most defining periods in Leicester’s recent history. Placing a world-class 40,000-seat stadium at the heart of the vibrant, diverse event destination and the City’s economy would get transformed.

The ‘Leicestershire Live’ further stated that a hybrid planning application was submitted last October – including a detailed plan of proposed East Stand expansion along with outline plans for the new buildings around the stadium – and Leicester City Council’s consultation over the submission was due to conclude on February 2nd, with a target decision date set for February 10th.

No decision has been arrived at as yet, and now the date has been pushed back. Consultation over the plans continues, and those will run until March 31st, with a new target decision date set for April 20th.

Since the initial filing of the planning application, more documents have come forward analyzing the impact of the build on the air quality in the area, and on local traffic and travel, with around 8,000 more people heading to the King Power Stadium on matchday.

Progress has been made in that earlier this year, green lights were given to two other proposals put forward by the club, which allowed them to begin preliminary works on the site, including the demolition of the National Grid building at the back of the East Stand. However, that work has not yet commenced.

When the plans were initially submitted, an earliest expected completion date for the East Stand was summer 2024. The other builds would then follow.

The City is moving fast with their other onsite project, the statue in memory of Late Chairman Vichai Srivaddhanaprabha, who was the owner of Leicester City. The club had already put forward plans in 2020, submitted new plans last month and had them approved earlier this month, with hopes that the monument can be unveiled in April.