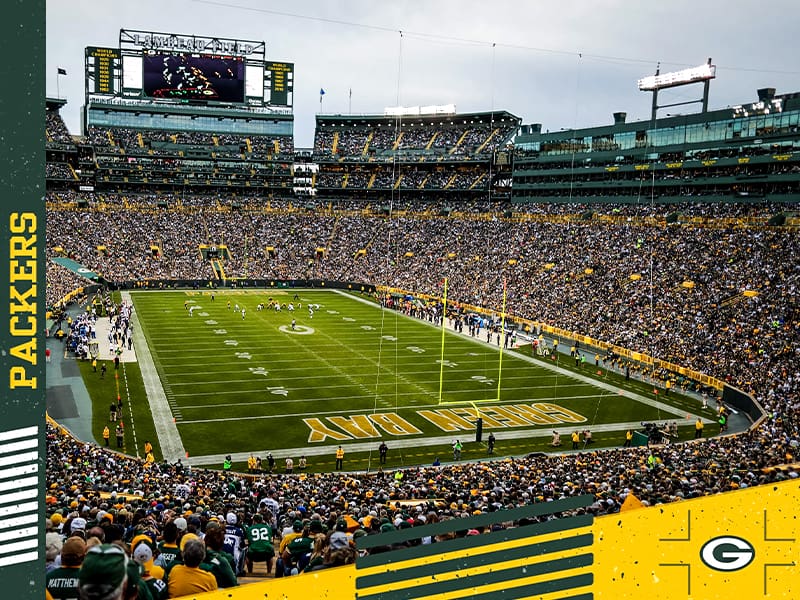 The ‘Green Bay Press Gazette’ stated that the Howard Republican said on February 14th that he reached an agreement with the district for improved oversight and financial transparency.

The Green Bay/Brown County Professional Football Stadium District is a special district under the provisions of Chapter 229 of the Wisconsin Statutes. The District serves a public purpose by utilizing its assets to foster job creation, recreation, tourism, and area development for Brown County in Wisconsin, US.

The ‘Green Bay Press Gazette’ further stated that Steffen announced in November 2021 that he would introduce legislation to disband the district, which oversees the National Football League (NFL) team Green Bay Packers’ use of their home pitch – Lambeau Field. The Packers, the Stadium District and the City of Green Bay (Wisconsin) are parties to the Lambeau Field lease.

The 81,441-capacity Lambeau Field is an outdoor athletic stadium in Green Bay, Wisconsin, United States. The home field of the Green Bay Packers of the National Football League, it opened in 1957 as City Stadium, replacing the original City Stadium at Green Bay East High School as the Packers’ home field.

Initially, Steffen did not make an issue of transparency, saying instead that the district outlived its usefulness and was supposed to be temporary, but it became a larger part of his argument as it was clear he was not attracting support for the proposal.

Stated Steffen, “I am thankful for Stadium District Board Chair Chuck Lamine’s leadership and willingness to address this fundamental element of my legislative proposal. Financial transparency and oversight of tax dollars is a central responsibility of the Stadium District Board, and these enhancements will shine new and necessary light on Lambeau Field-related finances. Further steps relating to the long-term future and financial relationship with the stadium will now be up to the community and its local leaders.”

Steffen, through an aide, declined to discuss the matter on February 14th.

Stadium Board representatives disagreed with Steffen’s contention that they lacked transparency, but agreed to changes that would make information easier to access.

Said Lamine, “As we were going through that discussion, it became pretty apparent to me the vast majority of information (that Steffen sought) is information that is available. It’s public information. It’s good information. If there are members of the public that are interested in it, now we’ll do a better job of getting the information on our website.”

The Stadium Board also reaffirmed that it would hire outside attorneys to assist in lease negotiations with the Packers and the City once those talks begin officially.

Added Lamine, “We’ve always said if we get into negative connotations, we are going to have to reassess the budget to hire outside Council.”

The Packers said they are looking ahead.

Informed Aaron Popkey, Director of Public Affairs, “The Packers look forward to continuing our discussions with the stadium district and the City of Green Bay regarding the lease (extension).”

Steffen’s proposal to dissolve the Board stemmed from his belief that the Stadium Board had outlived its legislative purpose, which he said was limited to overseeing the construction costs related to Lambeau Field’s 2003 renovation, ensuring the bonds were properly paid, and overseeing the half-cent sales tax which helped pay for the renovation and ongoing maintenance.

He proposed to distribute to property-taxpayers and other entities some of the $81 million set aside for stadium maintenance costs through 2031. The fund that Steffen wanted to eliminate was largely paid for by the sales tax. His plan to give money to property-taxpayers would have left out many of county residents who contributed to the fund and don’t own property, but he said there was no other practical process for distributing the money directly to taxpayers.

The Packers opposed the plan and said on Jan. 11, during a Green Bay finance committee presentation by Steffen, that the proposal “would constitute a breach of trust and illegal evisceration of the Lambeau Field lease. It would leave no choice other than immediate major litigation to prevent it from taking effect.”

Steffen said that because the change would not financially impair the Packers in any way, it would not constitute a breaking of the lease.

Ashwaubenon Village Board Members also opposed the plan. City Council members who heard a presentation by Steffen did not offer their support. Memos by the Legislative Reference Bureau, requested by Steffen, and the Legislative Fiscal Bureau, requested by Senator Rob Cowles, R-Allouez, a Stadium Board Member, answered the questions they were asked, but not the key question, which was whether the legislation would violate the lease.

Eric Mueller, Senior Legislative Attorney, wrote in the reference bureau memo, “For the reasons discussed in this memorandum, because the district is a municipal creation of the State, the legislature has the power to dissolve the district. That said, there may be limitations on the manner in which the legislature may use this power. Most importantly, it may be necessary to consider any obligations lawfully entered into by the district prior to its dissolution.”

Ryan Horton, Fiscal Analyst for the Fiscal Bureau, said access to the maintenance fund would be necessary to meet the requirements of the proposal. If access was not available, there would not be enough money to make all the payments, including a proposed $700 to each residential property owner in Brown County.

Lamine said the Stadium Board probably did a poor job of promoting its accomplishments in the wake of ending the half-cent sales tax in 2015. Those include overseeing the upkeep of Lambeau Field, the annual reviews to assess how well the stadium operates on gamedays, and contributions for local economic development.

He concluded, “With any stadium, there are a lot of moving parts to keep it well maintained. You always want to be staying ahead of the game. The Packers value a second set of eyes.”