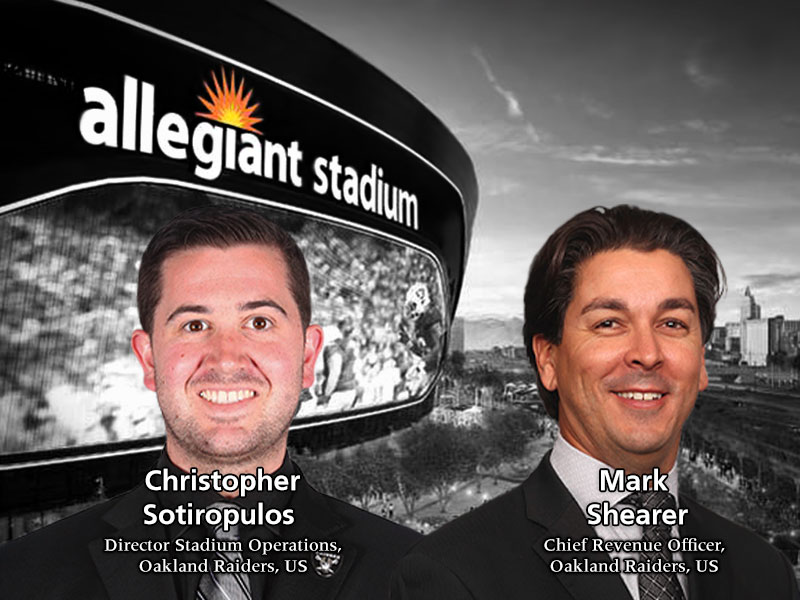 The Raiders’ future home in Las Vegas has been named Allegiant Stadium. The Raiders and Allegiant (NASDAQ: ALGT) announced on Monday an agreement for the naming rights to Las Vegas Stadium, the under-construction $ 1.9 billion domed stadium which is the future home of the Raiders and UNLV football. The announcement was made during the topping out ceremony of the stadium.

Legends Global Partnerships on behalf of Raiders secured the naming rights agreement with Allegiant in their capacity as the stadium’s official premium ticketing and sponsorships agency.

Raiders President Marc Badain said he was “thrilled” that their future home will be known as Allegiant Stadium. “As the hometown airline, Allegiant is the perfect partner to showcase the incredible support we continue to receive from the Southern Nevada community. We are grateful to all involved who worked diligently to make Allegiant Stadium a reality.” He also commented that the airline “fits the bill”.

Allegiant Air is an American discount airline that operates scheduled and charter flights. It is headquartered in Las Vegas, Nevada, US. Allegiant will also benefit from the partnership with Raiders as it will offer them the opportunity to showcase their name in the 1.75 million-square foot avant-garde stadium which is all set to open in August 2020 in Paradise, Nevada.

“This partnership is an incredibly exciting opportunity to join Las Vegas’ hometown airline with its new hometown NFL team,” said Maury Gallagher, Allegiant Chairman and Chief Executive Officer (CEO). “It will not only amplify our growing brand as the only US airline focused on leisure travel and experiences but will also provide access to NFL games and special opportunities for fans across the country. We are thrilled to be able to bring Raider Nation to its new capital – Las Vegas.”

Christopher Sotiropulos of Oakland Raiders, US, who has played a key role in the development and design of the new Las Vegas stadium is one of the speakers at the upcoming Coliseum Summit US to be held at Downtown Grand, Las Vegas, Nevada, on August 28 and 29, 2019. Mark Shearer, Chief Revenue Officer, Oakland Raiders, US, who is overseeing business operations of the under-construction Las Vegas stadium, will also address the august gathering at the Coliseum Summit.

Allegiant Stadium will also hold the Las Vegas Bowl beginning in 2020, which will feature a Pac-12 football opponent versus either a Big Ten or SEC opponent, as well as the 2020 and 2021 Pac-12 Football Championship Game.

With 55 non-stop routes from cities across the country, more than 1.2 million customers fly Allegiant to visit Las Vegas every year. The budget airline will facilitate Raiders fans everywhere unprecedented access to see their heroes in action.

The partnership will allow Allegiant to feature exterior signage at the transformational facility that is set to become the latest jewel along the internationally-known iconic skyline of the Las Vegas Strip. The Raiders and Allegiant are both committed to community development and they plan to work together in the greater interests of the Southern Nevada residents. Allegiant currently generates nearly $3 billion in annual economic impact for the State of Nevada.

The Raiders and Allegiant are also coming together to reward fans and customers with unique in-game and season-long promotions including the ‘Allegiant Connection of the Game’ linking a lucky fan to their favorite Raiders player, and an opportunity to win ‘Fan Traveler of the Year’ honors.

Coliseum secured a tour for the registered and signed up (on first come first serve basis) delegates to the construction area of the new Las Vegas Stadium.