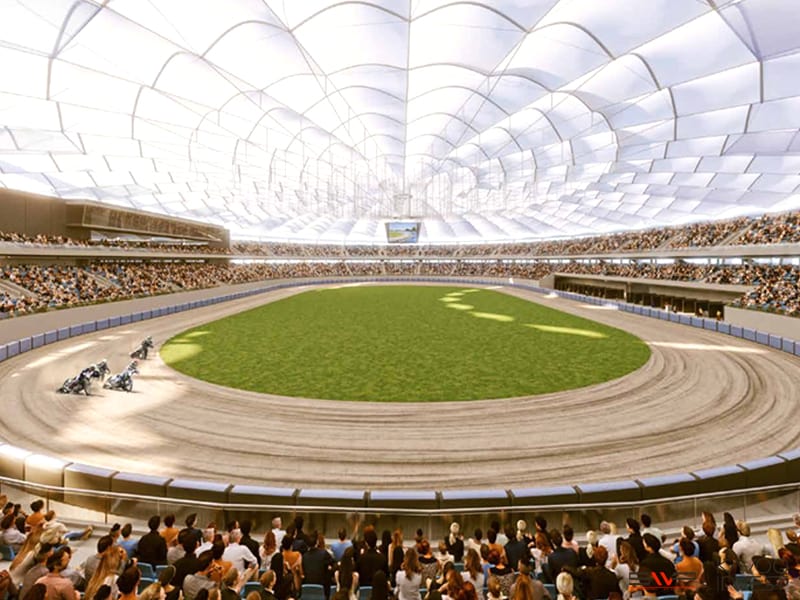 A public consultation has begun in Lublin (Poland) on the 18,750-capacity speedway stadium plans on which were revealed in August this year.

‘dziennikwschodni.pl’ stated that recently the preliminary concept of the planned sports facility was announced, which is to be built in the Bystrzyca Valley in part of the area where sits the Lublin Riding Club. The price tag of the planned facility stands at circa PLN 250 million. The price tag is exclusive of future inflation factors.

Fans have been demanding a state-of-the-art facility (speedway) for a long time now. And they have made it clear that they do not want the new facility to be an old version of the speedway stadium in Aleje Zygmuntowskie in Lublin, Poland. They had also written to the Mayor of Lublin, Krzysztof Żuk, in this regard.

Stadion MOSiR Bystrzyca is a multiuse stadium in Lublin, Poland. It is currently used mostly for motorcycle speedway matches. The stadium holds 13,000 people.

The fans say that the Stadion MOSiR Bystrzyca does not have much elbow room and cannot hold too many spectators. Moto racing buffs do not get the opportunity to watch their favorite teams in action as the venue cannot hold too many spectators. The fans demanded that the new speedway stadium should be on the line of Speedway Ekstraliga because they deserve a much better facility. 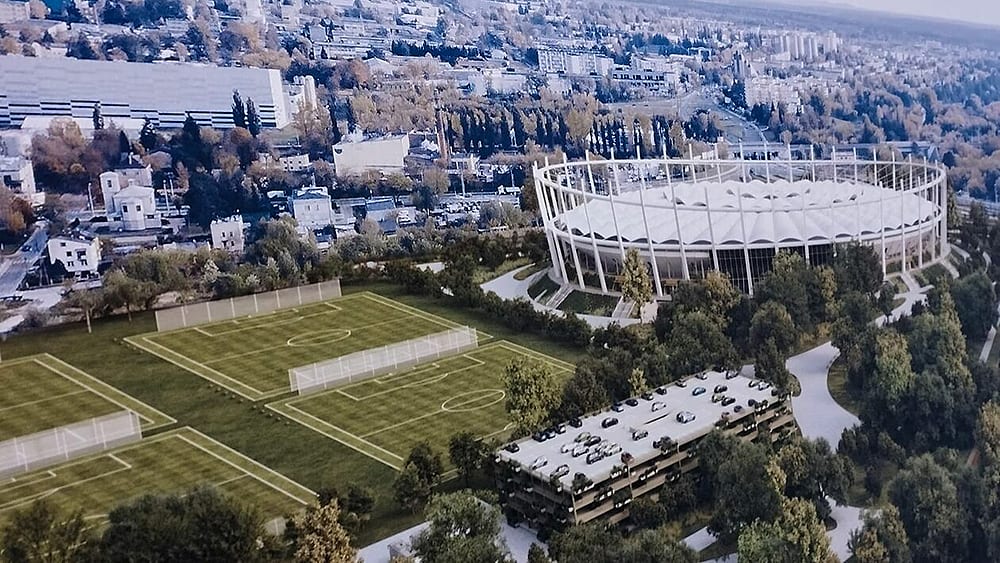 The Speedway Ekstraliga is the top division of motorcycle speedway in Poland. It has been called the “richest and most popular speedway league in the world”, and attracts riders from all over the world. The Ekstraliga has the highest average attendances for any sport in Poland.

‘dziennikwschodni.pl’ further stated that the documentation commissioned by the Cities was developed jointly by two companies from Poland: Kavoo Invest from Poznań and Sybilski, Wesoły and Partners Constructions from Wrocław.

The stadium is to be built in the area by the Bystrzyca River. Officially, it is to be a “multifunctional sports and recreation facility with the function of a speedway stadium”.

Stated Wojciech Ryżyński from Kavoo Invest, the main designer of the facility, “We are trying to make this stadium blend in with the greenery to the extent possible. It will not protrude much upwards, it will be an open work and the roof can reach up to 20 meters.”

The Town Hall stated in a statement, “The speedway track itself would be 343 meters long and would be surrounded by a band 1.2 meters high. The membrane roof structure will also serve the purpose of dissipating noise.”

Informed Beata Tracz, Lead Designer, “The new facility will serve not only as a speedway stadium, but also as a multifunctional hall for events such as athletics, handball, volleyball, and basketball matches, fairs, and concerts. We will lay the pitch in the middle and will set up mobile stands.”

Mayor Żuk asserted, “The arena will be able to hold showcase basketball and volleyball events.”

The above concept revealed that during speedway matches the stands would accommodate 18,750 fans. Almost 30,000 people can be accommodated during concerts. The concept also provides for a four-story car park with provision to park 610 vehicles. It will sit in the Northern part of the site. The second parking lot will be able to hold 209 cars and will sit under the stands, above the groundwater level. The designers’ idea is to make parking spaces available for 845 cars for which the parking space will come up adjacent to the facility.

The design concept does not provide for underground stories as Ryżyński put in that “there is huge possibility of groundwater overflowing to the surface.”

The main entrance to the stadium is to be located near the public transport stop on ul. Krochmalna (Equestrian Club 02).

The very shape of the stadium roof will be kind of waves inscribed in a square. This will help the noise emanating from the venue to dissipate.

Explained Ryżyński, “It will also help eliminate the reverberation phenomenon and the second solution to do away with noise pollution and too much of sound is that over the upper part of the stands, membrane meshes will be installed, which will trap the sound waves. On the side of the Skarpa housing estate, where there are blocks of flats whose tenants are worried sick over the noise pollution factor, the main stand of the stadium will help dissipate the noise. The blocks of flats will be affected by sound with intensity below 30 dB which is minimal.”

The entire development will include also the green spaces. A new foot bridge on Bystrzyca will come up in lieu of the existing one. It will be 3.5 meters wide, including 1.5 meters for pedestrians and two meters for bicycles, as per the designers’ above concept. 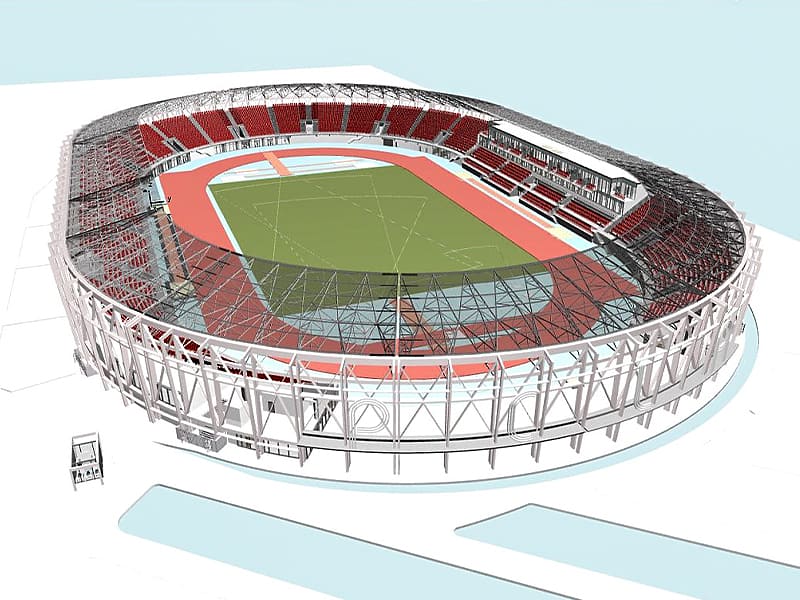 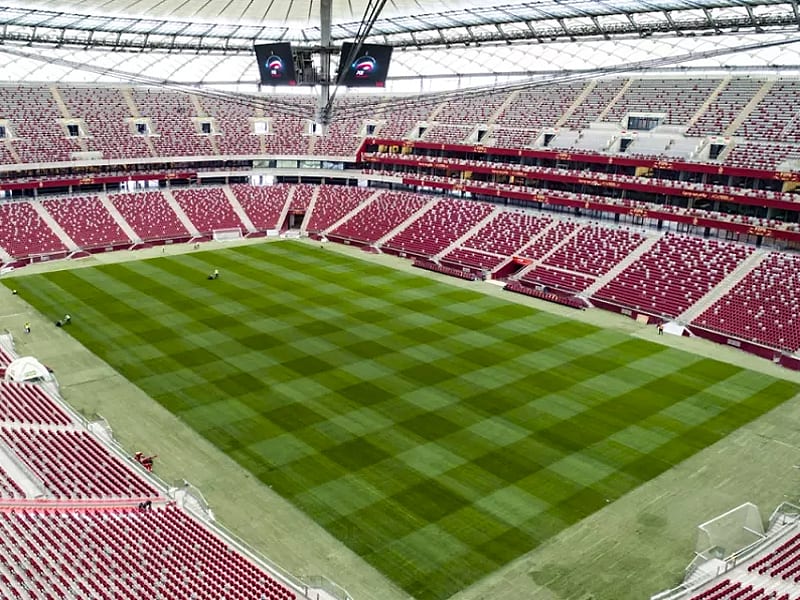