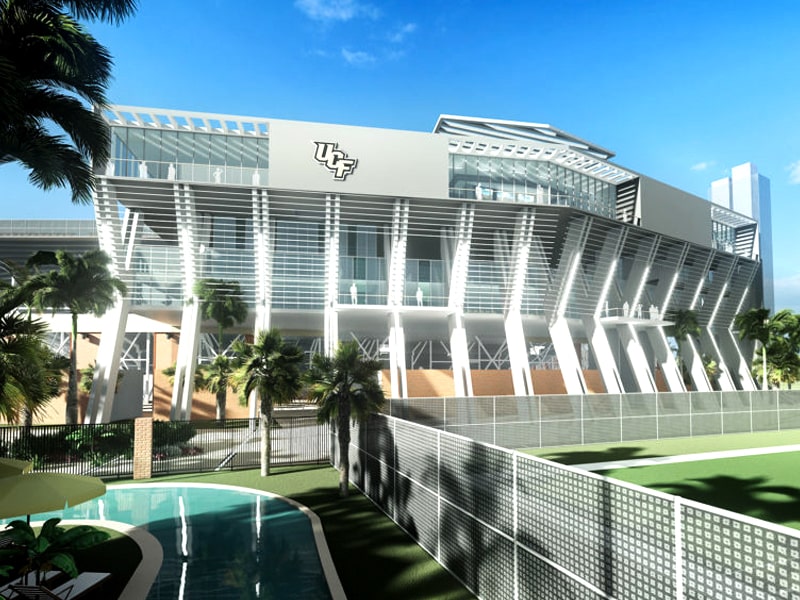 The University of Central Florida (US) may spend up to $4.8 million to start design for its proposed new $125 million football campus project.

The ‘csnbbs.com’ stated that the project includes improvements to the 45,040-seat, 15-year-old Bounce House Stadium and surrounding facilities for the UCF Knights football team.

The Bounce House is an American football stadium located in Orlando, Florida, United States, on the main campus of the University of Central Florida. It is the home field of the UCF Knights of National Collegiate Athletic Association (NCAA) Division I FBS college football.

The UCF Knights football team represents the University of Central Florida in the sport of American football. The Knights compete in the Division I Football Bowl Subdivision of the National Collegiate Athletic Association and the American Athletic Conference. Their head coach is Gus Malzahn.

The University of Central Florida (UCF) is a public research university with its main campus located in unincorporated Orange County, Florida, Northeast of the City of Orlando and South of Oviedo. UCF also has nine smaller regional campuses throughout Central Florida. It is part of the State University System of Florida (US).

A construction schedule is not listed, but prior plans have placed the McNamara Cove project first (including parking improvements and movement of the practice field) followed by the South tower, the Wayne Densch Sports Center renovation third, and the North deck with student seating.

The ‘csnbbs.com’ further stated that the earliest cost estimate for the project was at least $50 million, but that was before more in-depth cost analysis was done.

The move to expand the stadium comes as UCF’s sports program has accepted an invitation to join the Big 12 Conference no later than 2024. The improvements are listed as a top priority for the university’s Athletic Department as it moves into the Conference.

The Big 12 Conference is a college athletic conference headquartered in Irving, Texas, US. It consists of 10 full-member universities. It is a member of Division I of the National Collegiate Athletic Association for all sports.

The UCF’s future as a Big 12 school has huge business potential.

Bill Sutton, Director of the Vinik Sport and Entertainment Management Program at the University of South Florida, earlier stated, “It puts UCF on a whole other stratosphere of perception nationally and regionally.”

Being in a Power Five conference will allow the UCF to tap into better TV deals that will generate more revenue for the university. In addition, having metro Orlando as home to a Power Five school will help build more interest in sports locally and as Sutton observed, “Shows Orlando is a sports power City now.”

The move also adds multiple sponsorship opportunities for the college, which can raise revenue for the Athletic Department. As of December 2021, it had 14 listed recommended sponsorships ranging from $250,000 to $10 million.