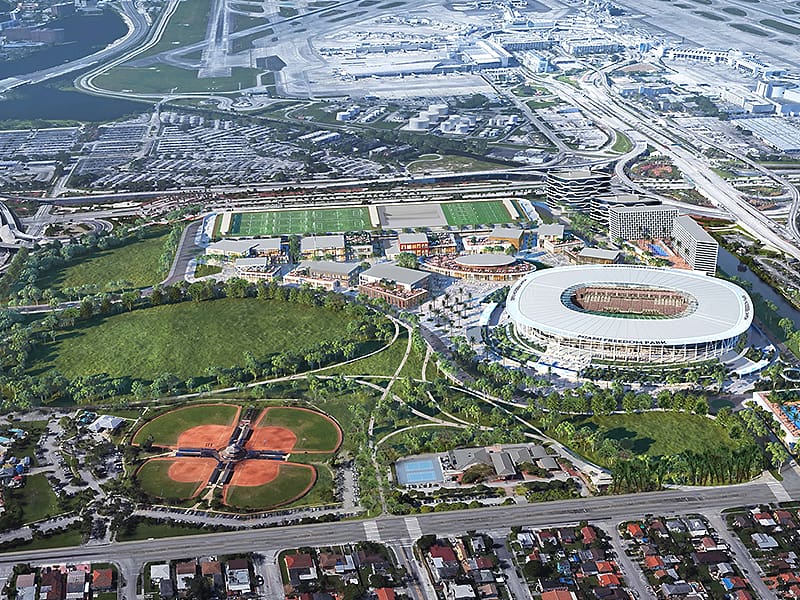 Soccer legend David Beckham’s dream of building a stadium for his soccer team in the City of Miami (US) is one step closer to being a reality after it cleared a major hurdle on September 13th by winning the final zoning vote that will allow construction to begin on the $1 billion stadium complex for the Major League Soccer (MLS) team Inter Miami CF.

Miami City Commissioners voted 4-1 to preliminarily approve a “special area” on the current site of a golf course to accommodate the proposal. Commissioner Manolo Reyes, a consistent opponent of the project, was the sole ‘no’ vote to the zone plan.

Inter Miami CF or simply Inter Miami is an American professional soccer club based in the Miami metropolitan area (US). Established in 2018, the club began play in Major League Soccer (MLS) in the 2020 season.

The DRV PNK Stadium is a soccer-specific stadium in Fort Lauderdale, Florida, US. Built on the site of the former Lockhart Stadium, the 18,000-seat stadium is the home pitch of Inter Miami CF of Major League Soccer (MLS) and its MLS Next Pro reserve side Inter Miami CF II.

The Miami Freedom Park is a proposed 25,000-seat soccer-specific stadium, retail shops, hotels, restaurants, and a training center to be built in Miami, Florida (US) for Inter Miami CF. Although the location of the stadium is yet to be finalized, the team’s ownership group led by David Beckham has expressed a desire to build on the Miami waterfront. The other locations elsewhere in Miami have been offered as fallbacks.

‘Caribbean National Weekly’ further stated that the process will now move to begin an extensive environmental cleanup of the contaminated land under the golf course that is the site of the project, which is expected to radically transform the largest swath of taxpayer-owned parkland in the City.

David Beckham, who along with his wife Victoria Beckham, boasts a $24 million penthouse in Miami in the elite One Hundred Museum building, co-owns Inter Miami along with billionaire Jorge Mas.

As part of the deal, which has drawn significant opposition, Inter Miami has committed to providing $20 million for Miami to use on park improvements and a “living wage” for future employees at the site.

Another area of concern that was previously raised by the Miami-Dade County’s Aviation Department, was the proximity of the new development to the Miami International Airport. It is unclear if the airport issues will be another obstacle for the project.

The City still needs to sign the series of lease documents that the Commissioners approved in late April that allow Inter Miami’s owners to use the land for the next 99 years. New land appraisals were ordered to determine the final annual rent, but they have not yet been finalized, according to a City spokesperson.