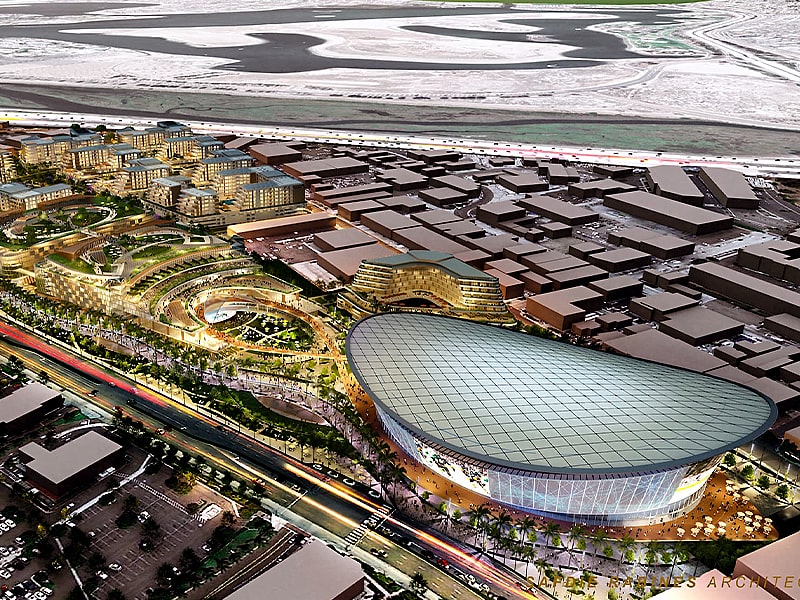 After 10 months of real estate competition for the 48-acre City’s sports field, San Diego (City in California, US) Mayor Todd Gloria has selected the group’s proposed winner to build the most expensive condominium.

‘GETABOUTCOLUMBIA.COM’ stated that recently, the Mayor said he is recommending the development team Midway Rising for selection by the San Diego City Council, who has the final say. The City’s Land Use and Housing Commission will consider the Mayor’s selection to lease and rebuild the Midway property on September 8th, followed by the full Council on September 13th.

An entertainment district has been planned in the Midway area in San Diego that encompasses a new sports arena, thousands of housing units, park space, and retail businesses.

The San Diego City Council is the legislative branch of Government for the City of San Diego, California (US). The City Council was first established in San Diego in 1850. The Council uses a strong Mayor system with a separately elected Mayor who acts as the executive. There are currently nine members of the Council.

‘GETABOUTCOLUMBIA.COM’ further stated that the Mayor’s preference comes in the form of a staff recommendation from the City’s Real Estate Department and will be explained in more detail in a report to the Council members expected to be published soon. It follows a nearly three-month audit conducted by the Department with the help of the outside counsel, real estate company Jones Lang LaSalle (JLL).

The team ultimately selected would still need to negotiate development terms with the City before closing the deal.

Gloria said in a statement, “I am pleased to announce that I am recommending an exclusive negotiation agreement with Midway Rising for the redevelopment of the sports arena property. Following a transparent process in accordance with State regulations, I am confident that Midway Rising will fulfill my vision of creating thousands of new affordable and middle-income homes, well-paying local jobs and a new world-class recreational arena district. This project represents the energy of Big City and I’m looking forward to getting this done for the Midway community and our City.”

Midway Rising, a finalist, is proposing to develop real estate properties in the City at 3220, 3240, 3250, and 3500 Sports Arena Boulevard. With 2,000 units bound by contract, the average carrying capacity is 40 percent of the region’s median income.

The group development program will be completed in phases over 10 years, yielding $2.5. $1 billion in direct construction spending and produce $27.5 million in annual tax revenue, according to the team’s response to the City’s notice of availability.

The City employees’ preference for working with Midway Rising is in line with California’s recently updated Surplus Land Act. The law dates back to the 1980s, but was amended in late 2019 to ensure that surplus Government-owned land was available for affordable housing. It is enforced by the California Department of Housing and Community Development, or HCD, which states that the local agency land must be cleared in a specific manner. As such, the City is required to “give first priority” to the entity with the most affordable units.

In the process, the State defines affordable housing as units intended for families that generate 80 percent of the median income in the area. The median income for a family of four in San Diego is $106,900, according to the State’s 2022 list of income limits for affordable condominiums.

The second effort, which began with an ‘Availability Notice’ in October, follows HCD’s guidelines in the book. Seven teams responded to the availability notification, although two teams were deemed insufficient and disqualified in December. In May, the City Council reduced the field of competitors from five teams to three, relying on the recommendation of the Mayor and his Real Estate Department to further evaluate teams with more expensive units.

HomeTownSD from the Monarch Group and Midway Village+ from Toll Brothers Housing -then proposed 1,726 and 1,610 affordable units, respectively, are shortlisted alongside Midway Rising, the leading affordable housing company.

Challengers are likely to make their case directly to the Council members, who are not obligated to accept the task force’s recommendation.

Recommending the selection of a winning team now can enhance the odds of reproposing the ballot. The measure will require City voters in November to raise the 30-foot building height limit in the Midway area, and the winning sports arena team is expected to help fund the campaign.