The Pechanga Arena (US) is all set to get a new lease of life with the second team involved to rehabilitate the venue revealing plans for the property, which includes a mixed-use vision consisting of two arenas and a soccer stadium. The cost of the project is unknown, but will be to the tune of billions of dollars.

Earlier in June this year, San Diego’s Sports Arena revamp work in Midway District (US) was back to square one after the City was told that it may be out of compliance with California law.

The emergence of Midway Village+ comes after ASM Global was recently named among the companies involved in a fresh bid to develop a new facility on the site currently occupied by the Pechanga Arena.

For all and sundry

The centerpiece of Midway Village+ is a new 12-acre Central Park surrounded by a variety of homes, businesses, walking and biking paths, a creek, and more.

More than half the homes are affordable or built for middle-income families. Midway Village+ also includes a new arena, soccer venues, plans for San Diego’s (US) first binational school, and more.

Midway Village+ will stand amongst San Diego’s greatest neighborhoods, promoting health and wellness, sparking economic growth throughout the Midway District and carving a new path for the City. Midway Village+ is a place for everybody.

The people associated with Midway Village+ believe creating a variety of homes for people at all levels of affordability will make a more equitable and diverse community.

The plan exceeds the State requirement of 25 percent affordable, and goes well beyond that – more than half the homes will be affordable or built for middle-income or working families. The remaining homes will be a variety of market rate products developed by the Toll Brothers.

BRIDGE Housing is one of only a handful of affordable housing developers in California that has experience building at the capacity planned for Midway Village+.

The team believes that public open space is essential to wellbeing. It’s why the whole plan started as an open space plan. Midway Village+ includes a new regional park that will serve as a ‘central park’ for the entire Midway District. The community also includes a skate park, walking and biking paths and a stream for everyone to enjoy.

It will seat approximately 15,000 fans and will be designed by Populous, a global architectural design firm. Live Nation will serve as promoter. The arena will be privately financed and built by the Oak View Group (OVG), the largest private arena developer in the world. Oak View Group opened the first-ever carbon neutral arena, the 18,100-capacity Climate Pledge Arena in Seattle (US), on October 22nd, 2021.

Over the next 18 months, the Oak View Group will open five new arenas across the globe:

The ‘Midway Village+’ further stated that soccer is everywhere in San Diego. This is why the plan invests heavily in professional soccer but also enables soccer for everyone, including youth soccer.

The San Diego Loyal Soccer Club debuted in 2020 and its ‘loyal’ fans continue to grow in number as the team continues to rack up wins on the pitch.

The San Diego Loyal Soccer Club is an American professional soccer team based in San Diego, California. The team was founded by Warren Smith and Landon Donovan. San Diego Loyal made its debut in 2020 as an expansion team in the United Soccer League (USL) Championship.

The Torero Stadium is a 6,000-seat multipurpose stadium in San Diego, California. It was built in 1961 and serves as the home of the San Diego Loyal Soccer Club.

Midway Village+ will serve as the new home for the Loyal, a team inspired by and created by San Diegans. The club’s four pillars are featured on its crest: Independent, Authentic, Inclusive, and Optimistic.

The modular soccer stadium planned for Phase 1 of Midway Village+ will activate the site, provide immediate returns for the City and the Midway District, and give the Loyal and its fans a new home for up to 10 years (when the club will move to a permanent facility). It also will create numerous soccer opportunities for all skill levels and connect more kids and parents to the game.

Midway Village+ gives the City what it needs to reach its soccer potential.

The team’s plan extends beyond the 49-acre Sports Arena site and includes the adjacent 17-acre site directly to the Northwest. Here is where they are proposing locating a new privately-financed permanent soccer-specific stadium with approximately 20,000 seats and additional housing, including affordable housing.

The team believes Midway Village+ should be a leading example of universal design – enabling residents and visitors of any ability to access all elements of the property.

Midway Village+ will also showcase the region’s leadership in every aspect of Green, sustainable and human-centered design.

The community will connect to its neighbors and fully integrate smart mobility options that embrace 21st century technology.

The team believes in the value of education, youth sports and the region’s connection to Mexico.

The plan includes a potential partnership with San Diego Unified to create the region’s first binational Spanish-immersion school (K-5 or K-8) that would host youth sporting events for kids on both sides of the border and include space for refugee children.

Stated Project Executive David Malmuth, “We believe we have the best plan and the best team, but this is a competitive process so we’re going to need your support to bring this plan to life. This is a plan designed specifically for San Diego but this process is just beginning, and our plan will evolve and become stronger as we hear from members of the community.”

Remarked Aruna Doddapaneni, Senior Vice-President of Development, BRIDGE Housing, “We know the need for affordable homes and middle-income homes is tremendous throughout our region, which is why our plan puts such an emphasis on housing San Diegans can afford. BRIDGE is looking forward to creating a diverse and inclusive community with a variety of housing choices.”

Said Arnulfo Manriquez, President and CEO, MAAC, “MAAC is proud to be part of the all-star team that will bring Midway Village+ to fruition. As a catalyst of affordable housing for working families, we’re ensuring equitable access to economic opportunities for all San Diegans. Together, we’re building a strong and vibrant community we can all be proud of.”

Remarked Francesca Bodie, President of Business Development, Oak View Group, “We’ve built arenas ranging in size from 10,000 to 22,500 seats in all corners of the globe and we’ve long-viewed San Diego as a jewel. Our team will work with the community to create a memorable space that reflects the needs of the market, but I can tell you it will be a world-class facility that will draw top concerts, comedians, sports teams, and others.”

Noted Ricardo Campos, President, San Diego Loyal, “Obviously, we appreciate the investment in soccer by Midway Village+ and the opportunities it creates for the Loyal and our fans, but this plan and this team is about so much more than soccer. It’s inclusive and diverse and bursting with goodness. It’s a place for all of us.” 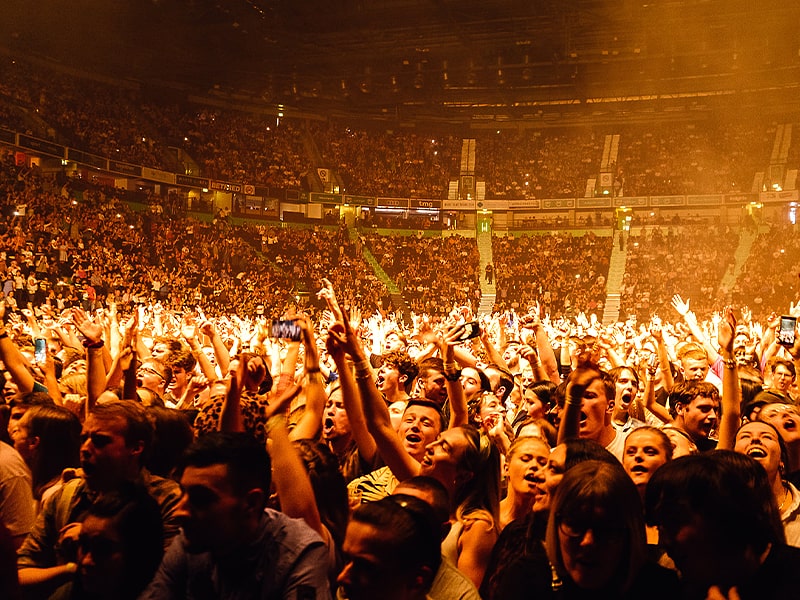