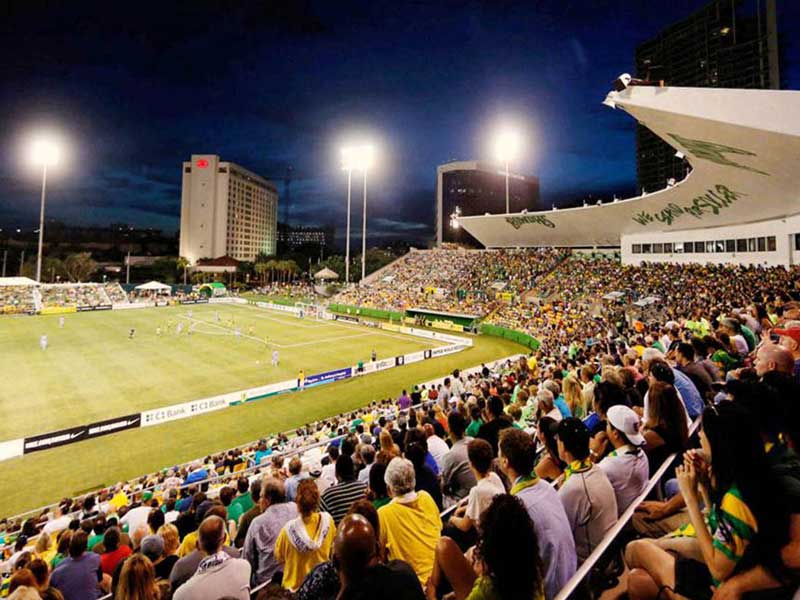 Major League Baseball (MLB) team Tampa Bay Rays are taking a plunge into the soccer business as they recently announced the purchase of the Tampa Bay Rowdies of the United Soccer League (USL), who play their home games at Al Lang Stadium – the onetime waterfront spring training home of the Rays.

The sale price for the deal was not disclosed.

The USL said Rays team presidents Matthew Silverman and Brian Auld will become vice chairmen of the Rowdies. They will direct all aspects of the soccer club, along with Rowdies vice president and chief operating officer Lee Cohen, the Associated Press reported.

“The sale is bittersweet,” said Bill Edwards, who had owned the Rowdies since December 2013 and invested millions in stadium improvements.

“When I purchased the Rowdies, they were on the brink of bankruptcy; today they are champions fighting for their rightful spot in the USL Playoffs,” Edwards added. “I saw the potential of the team and what it could mean for downtown St. Petersburg.”

Silverman said the Rays are “committed to continuing the winning trajectory that the Rowdies have been experiencing” under Edwards’ guidance.

Back in 2008, the Rays proposed building a new baseball stadium at the Al Lang site.

Right now, the Rays are working to get funding to leave Tropicana Field for Ybor City, despite the fact that it would be much cheaper for them to stay in St. Pete, where there’re more tax dollars than in Tampa.

The team and Edwards say there’s no connection. “There’s no conspiracy… We made it clear [the Rowdies] had to play here for the next five years, at least and they will and they agreed to it,” he was quoted by Fox News as saying.