Williams-Brice Stadium to get $21-mn facelift 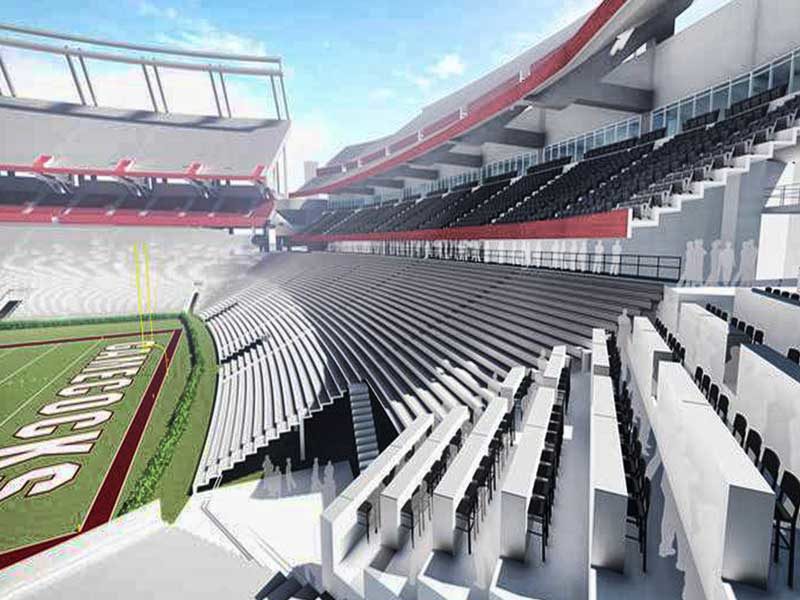 South Carolina trustees have approved $21 million worth of improvements for Williams-Brice Stadium scheduled for completion before the 2020 season. School leaders approved the project last month.

Most of the renovations are in areas given up by the football program after their move to the program’s new $50 million football operations building after this season.

The improvements will largely be premium seating areas and new space to host football recruits. The plan calls for loge seating on one end of the field and a ground-level club area just a few feet away from where the Gamecocks enter the field.

Other renovations include enhancing the fan experience, while also enhancing in-field recruiting abilities as well. Club space will also be created from what has been the coaches’ office building at the stadium.

“They’re going to be adding more club spaces to the 100 and 400 levels. They’re also going to be enhancing those club spaces by renovating the lounge areas while also adding more concession stands to decrease some of those wait time fans may experience when they come out to games,” Wach.com reported.

The stadium seats 80,250 people. The changes will not affect the seating capacity of the stadium in any significant way.

The university also is working on a master plan for more dramatic renovations to Williams-Brice Stadium in future projects that could include more premium suites. The projects approved last month will not be affected by any master plan additions.

Williams-Brice Stadium to get $21-mn facelift