Munich Stadium to be up and running again? 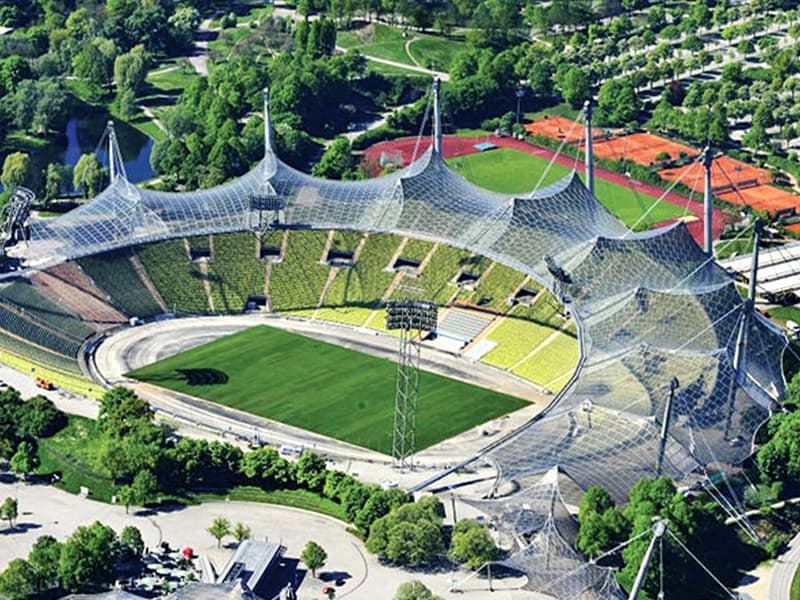 German association football club Türkgücü Munich could make a comeback to professional football at the Munich Olympic Stadium in Germany in the coming season.

If Türkgücü, presently sovereign league leader of the Regionalliga Bayern, move up to the 3rd league, the club would very likely play its home games in the Olympic Stadium, which has not been represented in professional football since 2005.

Türkgücü leads the currently interrupted Regionalliga Bayern and enjoys a nine point lead over German association football club 1. FC Schweinfurt. The champion will be promoted directly to the third division this season. It is still unclear whether the season will be played in the Regionalliga Bayern.

Türkgücü has been playing in the Grünwalder Stadion in Munich, Germany, since the winter break – just like the two third division teams TSV 1860 Munich and FC Bayern Munich II. However, three clubs from one league are not allowed to play in the same stadium.

Should Türkgücü move up and the other two Munich teams remain in the class, one among these three clubs would have to relocate to another stadium. With 11 remaining match days in the third division, TSV 1860 is currently ranked sixth, and FC Bayern Munich II occupies the seventh slot.

Professional football was last played in the Munich Olympic Stadium in summer 2005. At that point of time, FC Bayern and the then second division TSV 1860 played in the facility. Both the teams then moved to the newly built Allianz Arena.

Allianz Arena is a football stadium in Germany with a seating capacity for 75,000 people. Widely known for its exterior of inflated ETFE plastic panels, it is the first stadium in the world with a full color changing exterior.

“I cannot rule out anything and I cannot confirm anything. And that applies to every stadium within a radius of 100 kilometers,” said Türkgücüs Managing Director Max Kothny of ‘SZ’ as regards one of the team which will have to relocate. The German Football Association (DFB) – the governing body of football in Germany – prohibits a move of more than 100 kilometers looking at the present times.