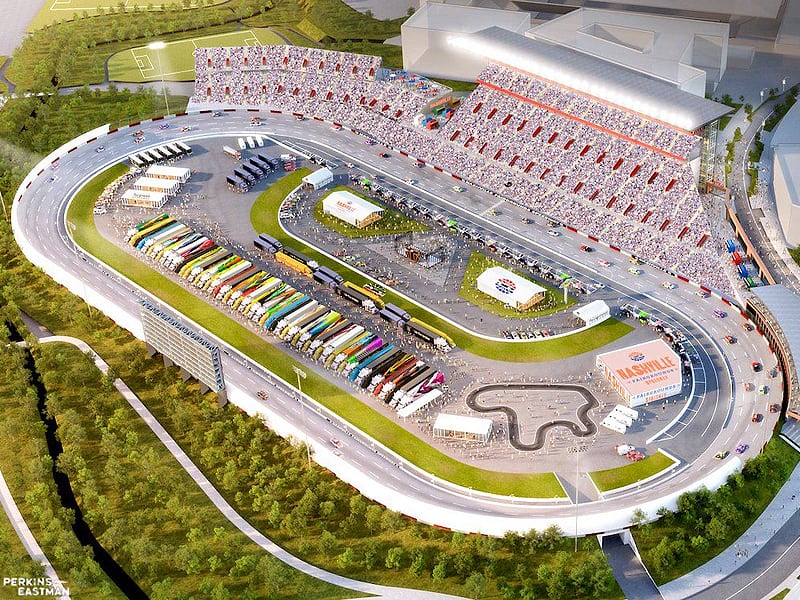 Nashville (US) Mayor John Cooper announced recently that he has agreed to a proposal by the 1, 53,000-capacity Bristol Motor Speedway in Tennessee to revitalize the Nashville Fairgrounds Speedway so it can host National Association for Stock Car Auto Racing (NASCAR) racing.

The ‘NBC Sports’ stated that a release from the Mayor’s office states, “The partnership will result in a modernized track that meets NASCAR series standards and transform Fairgrounds Speedway into a true multipurpose venue that can also host non-racing, revenue-generating events.”

The release further stated that “A slate of NASCAR series and other major races, in addition to an expanded calendar of revenue-producing, non-motorsports events would generate about $100 million annually in economic activity, through visitor spending at hotels, restaurants and other local attractions, according to an analysis by Tourism Economics, a division of Oxford Economics.”

Mayor Cooper said the target date for a NASCAR race at the track is 2024.

As for the next steps:

Mayor John Cooper said in a statement, “In keeping with the national profile that the Nashville Soccer Club is bringing to the Fairgrounds in 2022, this innovative partnership will bring our historic speedway back to life as a crown jewel in the world of motor sports. Having professional soccer and NASCAR side by side will make our Fairgrounds a family destination for Nashville’s future. I look forward to working with Bristol, the State of Tennessee, the Fair Board, the Sports Authority, and the Council on this proposal.”

Smith said in a statement, “We’re thrilled to have the opportunity to work with the Mayor, Government officials and Nashville community to breathe new life in the legendary Fairgrounds Speedway. In addition to bringing major NASCAR series races back to the historic facility, we’ll create a calendar for local racing and special events that generates a positive economic impact for the region.”

Jerry Caldwell, Bristol Motor Speedway Executive Vice-President and General Manager, said in a statement, “Once the renovations are complete, Nashville Fairgrounds Speedway will be a new destination for motorsports and entertainment. We’ll operate to maximize event opportunities while mitigating the impact on area residents. Our goal is to create something that Nashville and the surrounding community can be proud of.”

NASCAR returned to the Nashville market this past season. The Cup Series raced for the first time at Nashville Superspeedway. The track is located in Lebanon, Tennessee, about 35 miles from Nashville.

Nashville Superspeedway will host the NASCAR Camping World Truck Series (June 24th), Xfinity Series (June 25th) and Cup Series (June 26th) in 2022. The Cup race will air on NBC and mark the beginning of the NBC/USA portion of the Cup schedule.