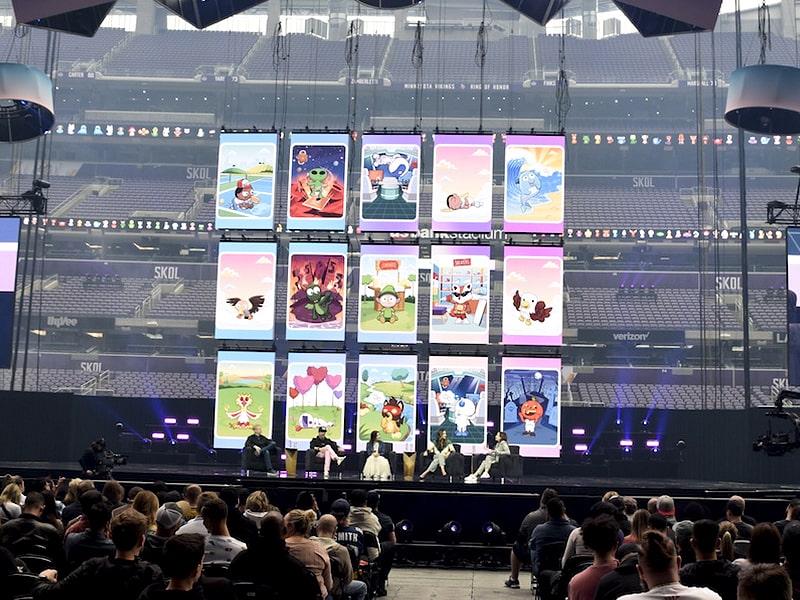 The ‘ASM Global’ stated that held from May 19th to May 22nd in Minneapolis, the inaugural VeeCon, produced by VeeFriends, drew nearly 7,000 attendees from 47 States and 70 countries, of which 83 percent were first-time visitors to Minnesota, said VeeCon spokesperson Maha Abouelenein.

VeeCon generated an economic impact of $21+ million in Minneapolis, according to calculations by VeeFriends.

VeeCon is a multiday superconference with discussions and performances from iconic and emerging leaders in NFTs and Popular Culture. The event is a first of its kind NFT ticketed conference for the Web3 community to come together and build lasting friendships, share ideas and learn together.

The 66,655-capacity U.S. Bank Stadium is an enclosed stadium located in downtown Minneapolis, Minnesota. Built on the former site of the Hubert H. Humphrey Metrodome, the indoor stadium opened in 2016 and is the home of the Minnesota Vikings of the National Football League (NFL).

The ‘ASM Global’ further stated that as the world emerges from the global pandemic, ASM has seen pent-up demand at events produced at its portfolio of 350+ premier venues worldwide.

Remarked Ron Bension, President and CEO of ASM Global, “It’s more important than ever to gather communities together in person. Hosting VeeCon offers U.S. Bank Stadium and ASM Global the opportunity to lead these large-scale events back to live. This launch event continues the upcoming business-meeting boom that we are seeing in Minneapolis and worldwide.”

In the last month alone, ASM Global venues have hosted several high-profile events, including the National Restaurant Association Show in Chicago, Connect Marketplace in Puerto Rico and the American Thoracic Society International Conference in San Francisco. Among the largest, the National Restaurant Association Show was held from May 21st to May 24th at the McCormick Place in Chicago with 50,000 attendees and 1,200 exhibiting companies covering 600,000 net square feet.

Observed Vaynerchuk, CEO and creator of VeeFriends, an NFT project inspired by his desire to build a community around his creative and business endeavors using NFT technology, “VeeFriends and VeeCon was the culmination of my business and creative passions. This made it special to me to see the first inaugural VeeCon come to fruition here in Minnesota. I am so grateful to bring iconic figures together to meet the VeeFriends community and speak about topics I’ve been passionate about my whole life.”

Said John Drum Jr., General Manager of U.S. Bank Stadium, which has been operated by ASM Global since its opening in July 2016, “We were honored to host the first major gathering of the VeeFriends community. There’s a ‘wow’ factor for attendees and first-time guests when they come into a venue like ours that has hosted Super Bowl LII and the 2019 NCAA Men’s Final Four. It was exciting to maximize the versatility of the stadium for a B2C event like this, and the VeeCon team took advantage of the unique space the venue offers.”