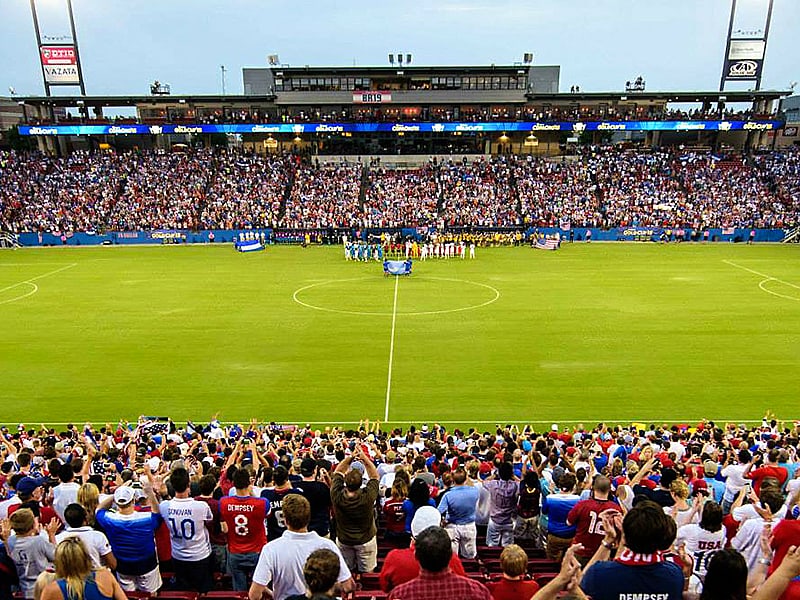 Sports association Concacaf has announced the nine stadia in six metropolitan areas of United States that will stage group, quarterfinal and semifinal matches in the 2021 Concacaf Gold Cup. The 16th edition of Concacaf’s flagship men’s international competition will crown the best men’s national team in the region.

‘Concacaf’ stated that this announcement comes close on the heels of the 65,000-seat Allegiant Stadium (Las Vegas, Nevada) and the 18,000-capacity DRV PNK Stadium (Fort Lauderdale, Florida) being confirmed as the host venues for the final on August 1st and the Preliminaries (July 2nd-6th), respectively. The 2021 Concacaf Gold Cup is a key part of the Confederation’s 60th anniversary celebration and a vibrant summer of football, which will also include Concacaf Nations League Finals in June.

The Concacaf Gold Cup is the main association football competition of the men’s national football teams governed by Concacaf, determining the continental champion of North America, Central America and the Caribbean. The Gold Cup is held every two years.

Commented Concacaf President and FIFA Vice-President Victor Montagliani, “The announcement of these outstanding venues moves us a step closer to what is sure to be a great Gold Cup this summer. It is fitting that in our 60th anniversary year we will use a number of stadiums with a rich history of hosting Concacaf football, while also making history with new venues that will host Gold Cup matches for the very first time.”

Added Montagliani, “I am also extremely pleased that we have enhanced the Gold Cup format so that all the final group stage games will be played simultaneously. This will add to the competitive intensity of the tournament and provide an even more compelling spectacle for fans. Alongside the introduction of a first-ever Gold Cup Prelims and a new format in the knockout stage this is another example of our football-first approach at Concacaf.”

The nine stadiums that will host group and knockout stage matches of this year’s edition of the Concacaf Gold Cup are, in alphabetical order by stadium name (previously hosted Gold Cups):

‘Concacaf’ further stated that these nine stadiums join the previously announced Allegiant Stadium (Final) and DRV PNK Stadium (Prelims) as the 11 venues that will host 2021 Concacaf Gold Cup matches. To officially kick off the 2021 Gold Cup, 12 nations who qualified through their Concacaf Nations League performances will compete for the final three spots in the 16-team Gold Cup Group Stage via the Prelims.

The group stage featuring 16 national teams will begin on July 10th and will be played in a hub-City format, reducing team travel to prioritize the safety of all involved. The groups for the 2021 Concacaf Gold Cup were also drawn on September 10th, 2020 and are as follows:

In a significant development to the format, for the first time all the Gold Cup’s final group stage matches will be played simultaneously. This is to ensure an even more riveting showpiece as the teams each compete to reach the knockout stage.

At the end of Group Stage play, the top two finishers in each group will advance to a knockout stage, which for the first time in Gold Cup history sees teams on opposite sides of the bracket meet from the quarterfinals onwards.

Concacaf will announce the schedule, ticketing information and other details in the coming weeks.

For the 2021 Gold Cup, Concacaf introduced a series of football-first enhancements to add more anticipation for fans and increase competition between the teams. This included a first-ever Gold Cup draw, which took place in September 2020, the introduction of a Prelims to qualify the final three teams into the group stage and a new format in the knockout stage which means teams on opposite sides of the bracket will meet from the quarterfinals onwards. The 2021 Gold Cup will also include the Asian Football Confederation (AFC) Champion, Qatar, as a guest participant and it will be the first Gold Cup to use Video Assistant Referees (VARs).

The video assistant referee is a match official in association football who reviews decisions made by the head referee with the use of video footage and headset for communication. This is specifically in order to minimize human errors causing substantial influence on match results.