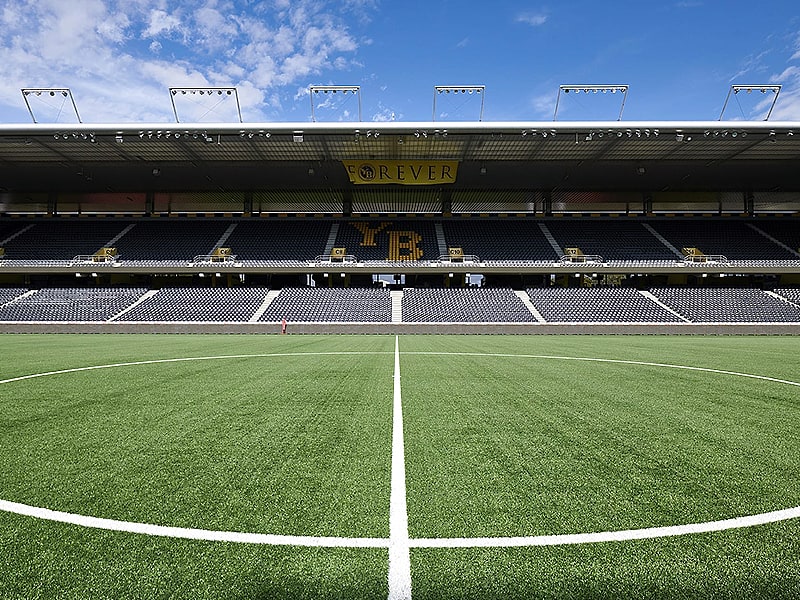 The Swiss Football League is postponing the start of the 2021-22 seasons by a week following the statements of the Federal Council as regards cautious but gradual reopening steps to be initiated for welcoming onlookers back to major events. The first days of the Super League and Challenge League have been rescheduled from July 23rd to July 25th, 2021.

The ‘Swiss Football League’ stated that the above decision has been taken so that stadia can become full houses from August and rake in the moolah. The sports venue sector is bleeding white since the outbreak of the deadly COVID-19 in March 2020. The decision is not only to protect the interests of the sporting sector but also to reap economic benefits.

The Swiss Football League system is a series of interconnected leagues for association football clubs in Switzerland, with seven teams from Liechtenstein (a tiny European country nestled between Switzerland and Austria), and one each from exclaves of Germany and Italy, also competing. The system has a hierarchical format with promotion and relegation between leagues at different levels, allowing even the smallest club the possibility of ultimately rising to the very top of the system. The first two levels of the system are collectively called the Swiss Football League.

The Swiss Super League (known as the Raiffeisen Super League for sponsorship reasons) is a Swiss professional League in the top tier of the Swiss football League system and has been played in its current format since the 2003-2004 seasons.

The ‘Swiss Football League’ further stated that a clear picture has still not emerged as to what the announced opening steps mean in detail for major events such as the games of the championships in the Swiss football leagues. In the three-phase model presented by the Federal Council, however, the capacity restrictions are to be completely lifted in the last phase, the normalization phase.

The Federal Council is the seven-member executive council that constitutes the Federal Government of the Swiss Confederation and serves as the collective head of State and Government of Switzerland.

So, normality should be back to normal in the Swiss Football League stadia by the third phase at the latest, and full capacity utilization in the two highest Swiss Leagues (read Super League and Challenge League) should be possible from August. Based on this piece of information, the committee of the Swiss Football League decided to postpone the start of the season by one week to the period from July 23rd to July 25th, 2021.

Explained Claudius Schäfer, CEO, Swiss Football League, “The above decision has been taken to strike a balance between sporting and economic interests. On the one hand, the clubs participating in the qualifying matches for the European competitions are already dependent on match practice, on the other hand, the clubs increasing the chance of admitting more fans every week.”

Schäfer added, “And the clubs now urgently need to play in front of spectators again. The opening of stadia is essential for survival from an economic point of view. For financial and strategic reasons, the clubs urgently needs the greatest possible planning security, because the sale of season tickets for the 2021-22 seasons will begin very soon. We consider the current capacity restriction to 100 viewers to be disproportionately low.”

The head honcho continued, “Due to the postponement of the start of the season, we are assuming that we will not have to play any or only very few games with limited audience capacity. In this short phase with any restrictions, it would also be important to determine the capacities with a percentage utilization of the venues and not in absolute numbers, and to ensure proportionality in comparison to other events.”

The clubs already proved last autumn that by sticking to strict COVID-19 protocols, things were working out. A valid reason for fans to return to the stadia fold at the earliest. As per assessment made by experts, the risk of the fatal coronavirus spreading in outdoor events is low.

The Swiss Football League believes that with the rollout of the vaccination program, barring fans from entering the venue fold will no longer be necessary.