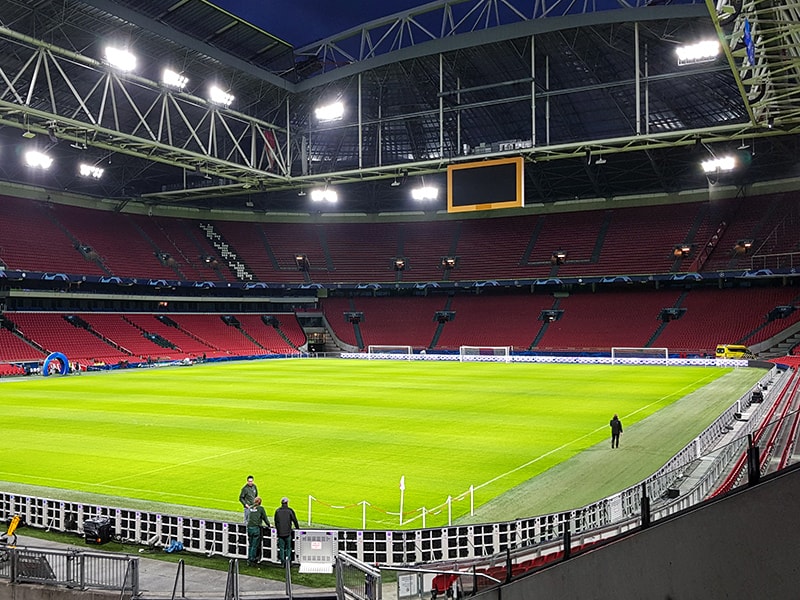 The head honcho further stated that the club pays 10 million euros a year in rent, but has little say in matters of the stadium. If Ajax becomes the largest shareholder, this will help the club on its way to the European top.

AFC Ajax is a Dutch professional football club based in Amsterdam, which plays in the Eredivisie, the top tier in Dutch football. Ajax has historically been one of the most successful clubs in the world. Their home venue is the Johan Cruijff ArenA.

The 55,000-capacity Johan Cruijff ArenA is the main stadium of the Dutch capital City of Amsterdam and the home stadium of football club AFC Ajax since its opening.

The arena is owned by the Government of Amsterdam. However, the Dutch newspaper ‘De Telegraaf’ has said there is no love lost between the club and ArenA officials.

In fact, relationships have deteriorated to such an extent that a mediator will have to be involved to find solutions.

Ajax wants a major role in stadium operations as currently all revenue from catering at Johan Cruijff ArenA goes to the operators while the club has restrictions on the ability to grant visibility to its sponsors at home games. The club wants to benefit more from the catering business as they argue that the arrival of more top players and new successes have led to an increase in catering income.

Van der Sar added, “The ArenA is not prepared to work well together, but a majority (stake) for Ajax could offer a solution to the financial and operational problems. The ArenA will have to adopt a different attitude towards Ajax in various areas.”

Johan Cruijff ArenA CEO, Henk Markerink, informed that a dialog was on between Ajax and the Government – “If you look from a distance, there is a nice stadium and a nice club. In a relationship you always have some ups and downs.”

In December 2020, Johan Cruijff ArenA became the focus of what was described as a “groundbreaking” scientific research project into how sports venues and other buildings can become safely accessible during COVID-19.

The stadium was built in 1996 with the support of the Municipality of Amsterdam, the Ajax football club and a number of founders (companies that acquire a share package in exchange for sponsorship). The venue was initially called the Amsterdam ArenA and has been set up as a multipurpose facility. Many concerts have been staged, but the largest tenant is and remains Ajax.

bestbetontheweb.com sources reported that the most important point is that the club rakes in the moolah from Ajax’s successes. The arrangement was that if Ajax attracts fans by the horde, the rent of the stadium will go up. A packed house ensures a consistently high rent.

It looks like the Municipality of Amsterdam have done a favor to Ajax and the ArenA by selling the land for the construction of the stadium at a very favorable price at the time. However, this is far from the truth – in fact, the Municipality has minted millions as the stadium has brought in huge economic benefits with shops, companies, hotels, and offices coming up. What once was a sandy plain has become a goldmine.

Ninety percent of the time the stadium functions as Ajax’s home. The club enjoys its own sponsors with multimillion contracts and they want to see their name in the picture around the games. The ArenA management has concluded its own contracts. A case in point – Ziggo rents an expensive box in the stadium and deposits millions in Ajax, but saw KPN as a sponsor name on the edge of the ArenA under the sky box. Because KPN was once again a sponsor of the ArenA. There are many examples like this. The ArenA had beer sponsor Grolsch, Ajax Jupiler. That is now Heineken at the stadium and Bud at the football club. Proud sponsors of Ajax drove into the ArenA and only saw the flags of Febo snacks on the deck, but never their own.

The stadium has replaced the old accommodation of Ajax, De Meer in the Watergraafsmeer. But the top-notch club has felt from the beginning that it has been given a raw deal as far as the stadium operations are concerned.

Today, the cash registers of Ajax are jingling all due to the sound policy of Edwin van der Sar and Marc Overmars, Director of Football, Ajax. The duo has brought about a significant change of course with investments as the Johan Cruijff ArenA has always been in a tight fiscal situation. The management always seeks Ajax’s help for stadium upgrades and the top-flight club has lent tens of millions to the stadium. It is a case of the owner of house borrowing money from the tenant to renovate the house.

bestbetontheweb.com further reported that Ajax has never had an issue with this. However, the stadium knocking the doors of ABN AMRO for loan without bothering to inform Ajax about the same got the latter’s goat. Approaching ABN AMRO translates into the fact that the existing loan at Ajax is ‘subordinated’. That is to say, it will be paid back last!

This proves that the relationship between the ArenA and Ajax is anything but cordial.

In Italy, besides Juventus F.C., not many clubs come armed with their own arena. There the stadiums are owned by the municipality. But municipalities do not have the financial wherewithal for maintenance, do not go for capital injections and that is the reason why those stadiums become cash-strapped.

Juventus has a great business model, partly thanks to its own stadium. The club is laughing all the way to the bank and the supporters are benefiting.

Ajax is keen on joining the fold of the best 16 clubs in Europe if the Champions League gets a different format after 2024. Van der Sar is pulling out all stops to make his club join the elite group. With money from TV broadcasting rights Ajax does not come close and so the football company has to look for extras in other areas. The stadium revenue can play a crucial role.

van der Sar has told all shareholders of the Johan Cruijf ArenA exactly where the problems lie with regard to his club – “The relationship has deteriorated further in the past year. Ajax is a tenant, shareholder, certificate holder and creditor (lender, ed.) And, thus, the most important stakeholder. The ArenA is not prepared to cooperate properly.”

The CEO added, “In various areas, the ArenA will have to adopt a different attitude towards Ajax. Consider, for example, the distribution of the proceeds from catering and the court decision on the commercial rights on matchdays. Also consider the ArenA’s consistent refusal to enter into discussions about acquiring a majority stake in the ArenA. A majority for Ajax could offer a solution to the financial and operational problems. In all the policy areas mentioned, the ArenA has taken steps back instead of forward. The ArenA consistently pushes the interests of Ajax and its stakeholders aside.”

All said and done, if the Johan Cruijf ArenA has to end its financial woes, it has to bury the hatchet with Ajax. 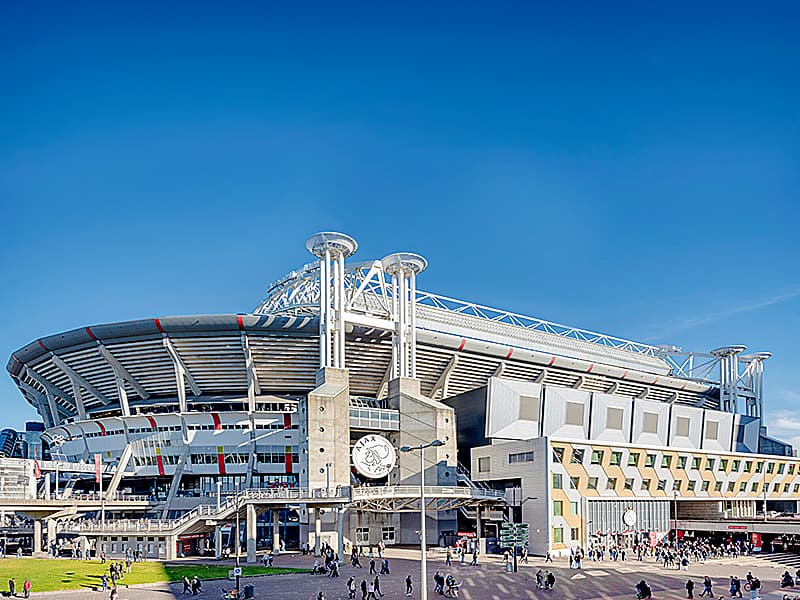 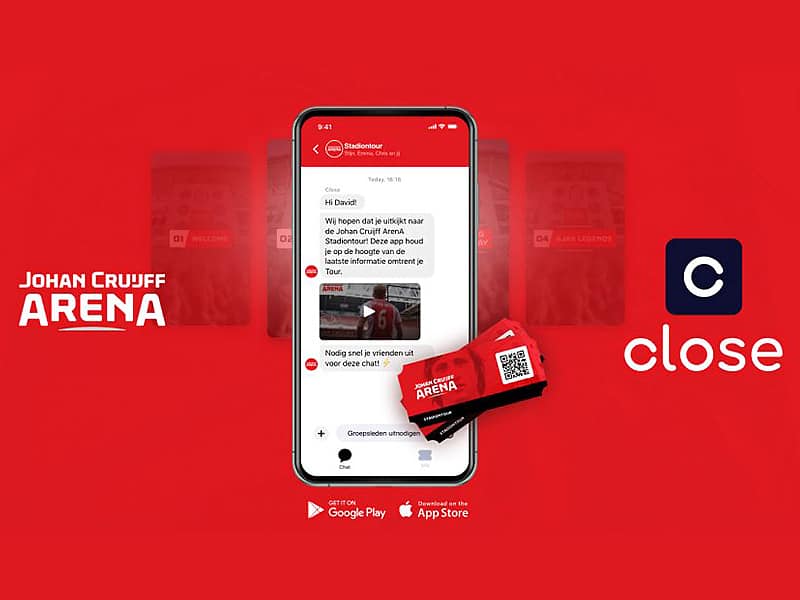 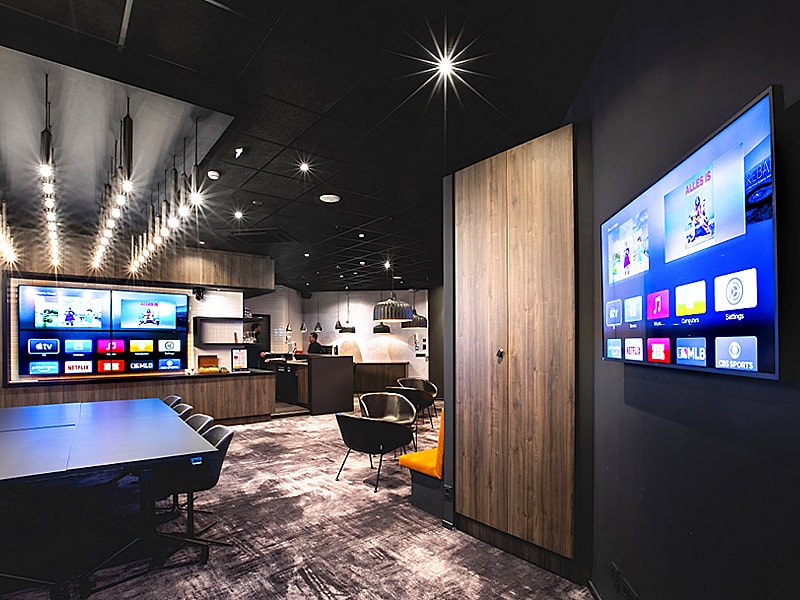