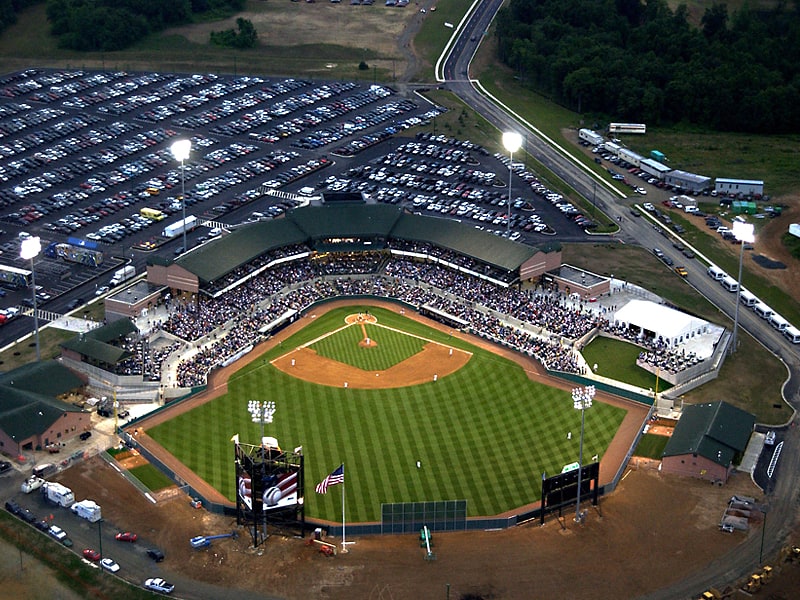 The Major League Baseball (MLB) team Baltimore Orioles (US) intend to sign a new lease with the Maryland Stadium Authority (MSA) committing the ball club to remaining in Baltimore even as the family of ailing owner Peter Angelos battles in court over control of the team.

‘The Baltimore Sun’ quoted the Orioles Chairman and head honcho John Angelos as stating in a September 1st memorandum to about 250 of the team’s front-office staff members as stating, “As a lifelong Baltimorean I very much look forward to signing on behalf of the club.”

The Baltimore Orioles are an American professional baseball team based in Baltimore, Maryland, US. The Orioles compete in Major League Baseball (MLB) as a member club of the American League East division.

The 45,971-capacity Oriole Park at Camden Yards is a baseball stadium located in Baltimore, Maryland, US. It is the home field of Major League Baseball’s Baltimore Orioles, and the first of the ‘retro’ major league ballparks constructed during the 1990s and early 2000s. It was completed in 1992 to replace the Memorial Stadium.

The Maryland Stadium Authority (MSA) was established by the General Assembly in 1986. The original mission was to build, manage and maintain quality facilities to retain Major League Baseball, and return National Football League (NFL) football to Maryland.

The MSA is committed to enhancing the Maryland experience for those who live, work and visit here. In addition, the MSA currently oversees projects such as the 21st Century School Buildings Program and Project C.O.R.E., which orchestrates the demolition of blighted structures throughout Baltimore City. The Sports Commission for the State of Maryland, known as Maryland Sports, is a division of MSA and has been since its existence in 2008.

Angelos further stated in the memo that the lease would be part of a broader “memorandum of understanding” underscoring the team’s “special relationship with the State of Maryland and the Greater Baltimore area” and highlighting “our philosophy of what true private-public partnership should be about”.

‘The Baltimore Sun’ further stated that John Angelos has said previously that the team would stay in Baltimore. The memo was the strongest signal yet of his intention to lock in his commitment to Oriole Park at Camden Yards in a lease.

The Mayor of Baltimore, Brandon M. Scott, stated recently in a written statement that the team’s “deep commitment to our City is unmatched by any other MLB team” and that he looked forward to seeing “this young gritty team grow at the same time as we renovate the ballpark that forever changed baseball”.

Angelos’ memo refers to long-term goals such as “redeveloping the Camden Yards Sports Complex into a year-round Live/Work/Play entertainment destination” that could boost the City’s economic fortunes. The City, State, Orioles, and Ravens are all involved in the redevelopment of the area around the stadiums and Horseshoe Casino.

Locking the team into a new lease could depress the price if the family ultimately decided to sell. But a new lease is critical to binding the Orioles to Baltimore. The current agreement contains a clause barring “the relocation of the Baltimore Orioles Major League Baseball Team from Baltimore, Maryland”.

That lease was to expire at the end of 2021. With no new deal imminent, the parties agreed in February 2021 to extend the agreement for two years, through December 31st, 2023, with the club retaining the right to exercise a one-time, five-year extension by February 1st, 2023.

No date has been set for the lease signing. The Maryland Stadium Authority Chairman Thomas Kelso said that the protracted length of the lease talks did not signal problems between the parties – “No inferences should be drawn from the length of time it takes to get an agreement done. It has to be right.”

The Orioles had no immediate comment, spokeswoman Jennifer Grondahl said.

Looming over the lease negotiations is the memory of the NFL’s Indianapolis Colts leaving town for Indianapolis on a March night in 1984 following a dispute with the City over improvements to the Memorial Stadium.

Baltimoreans’ anxieties about the Orioles’ future were heightened when Louis Angelos, the owner’s youngest son, filed a suit in the Baltimore County Circuit Court in June against his mother, Georgia, and brother, John, over what he characterized as John’s attempt to take control and ownership of their fortune after his father became incapacitated.

When Georgia Angelos responded with her own legal filing, those documents said her husband indicated that the team “should be sold on his death so Georgia could enjoy the great wealth they had amassed together”.

But Georgia Angelos’ suit also said her husband believed any sale of the team should be her decision. Sources stated in August that John Angelos, who is allied with his mother in the proceedings, would like the family to keep a majority stake in the team.

The stadium authority says the legal proceedings aren’t affecting its lease negotiations with the team.

In 2020, the stadium authority began studying a shift in stadium funding with an eye on keeping the Orioles happy and in Baltimore.

Under the new approach, approved last Spring by the General Assembly and signed into law by the Governor of Maryland, Larry Hogan, the stadium authority can borrow up to $1.2 billion to pay for stadium improvements – $600 million each for the Orioles and the NFL team Baltimore Ravens. But no bonds can be issued without a lease, and the lease must be long enough to pay off the longest-term bonds.

John Angelos’ four-page memo, which also outlined profit-sharing plans for club employees, said the State money would be used for “the reinvestment and reimagination of the Camden Yards Sports Complex”.

The club has said it would be premature to discuss specific stadium projects. Many newer stadiums are smaller and include open concourses with field views and stadium clubs.

Any new lease would need to be approved by the State Board of Public Works, which is made up of the Governor, State Treasurer and State Comptroller.