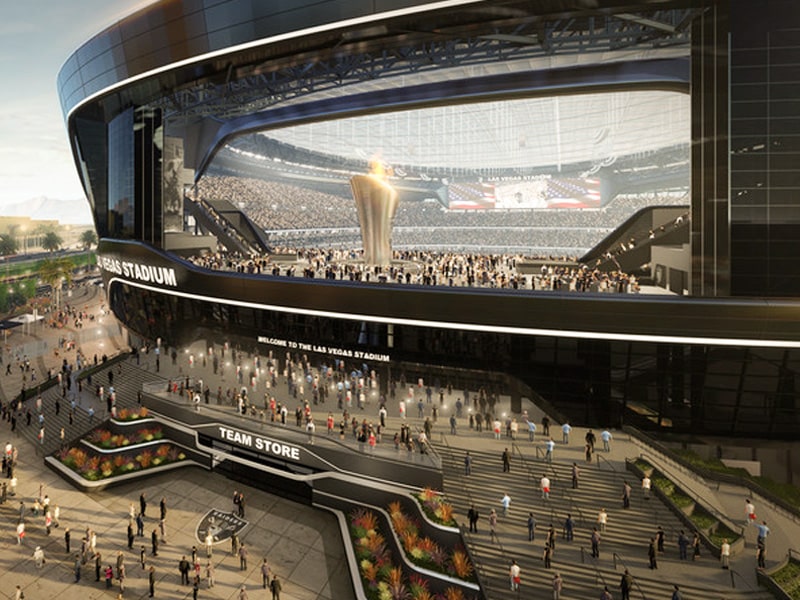 The collegiate athletic conference – Pac-12 Conference – will be moving its football championship game to Las Vegas when the Oakland Raiders’ new stadium opens in 2020 in the entertainment capital of the world. The Conference has confirmed that it will play its 2020 and 2021 championship football games at the new Las Vegas facility. The decision has not got down well with critics who say the Conference is known for “poor crowd turnout”.

The San Francisco headquartered Pac-12 Conference already takes part in Las Vegas Bowl and plays its men and women’s basketball tournament in the ‘Casino City’. The Pac-12 has twelve full member institutions. Football is the only sport where the conference is split into two divisions, the North Division and the South Division. The Conference’s 12 members are located in the states of Arizona, California, Colorado, Oregon, Utah, and Washington. They include each State’s flagship public university, four additional public universities, and two private research universities. The Pac-12’s members are spread evenly between 3 regions, with 4 schools each in California, the Pacific Northwest, and the Four Corners region.

Heather Vaughan, Vice-President (Marketing), Pac-12 Conference, is one of the speakers at the Coliseum Summit US to be held at Downtown Grand, Las Vegas, Nevada, on August 28 and 29, 2019. She leads campaign strategies for all Pac-12 initiatives and is at the helm of the overall look and feel of the Pac-12 brand. She also oversees marketing, production and entertainment for all of the Pac-12 Championship events including the Football Championship Game at Levi’s Stadium and Men’s & Women’s Basketball Tournaments in Las Vegas.

The million-dollar question is whether Pac-12 Conference – which has “attendance issues” – will be able to draw filled-to-capacity spectators. However, Pac-12 Commissioner Larry Scott begs to differ, “I had a chance to visit the state-of-the-art stadium in Vegas. It is very close to the airport and it’s going to be a fantastic destination for football fans to enjoy the best of Pac-12 football in our championship game.”

Terming the upcoming Las Vegas stadium as “one of the most anticipated new venues in sports”, Scott further says that it would open up a geyser of opportunities for student-athletes, universities and fans and it would also serve their objective to create the best possible experiences for student-athletes. Lori Nelson-Kraft of the Las Vegas Convention and Visitors Authority argues that since the Sin City offers the best to its visitors and “no one can throw a party like Les Vegas”, the Pac-12 Conference will be able to draw crowd by the horde.

Skeptics paint a different picture. They say that Pac-12 Conference’s crowd turnout has always been “paltry”, and they have always had the “longest championship drought”. There is hardly anything which Pac-12 fans can say in the Conference’s defense as it seems to have abdicated its status as a power conference in football and men’s basketball, the two most prominent collegiate sports. Critics also say that the Conference’s football scene is anything but rosier and they haven’t produced a football national champion since 2004.

Pac-12 Conference might not be a cash cow and they have had trouble attendance issue at Levi’s Stadium in Santa Clara, California, with last year’s event drawing an announced crowd of 35,134, yet the mood is very “positive”. Las Vegas Bowl executive director John Saccenti defending Pac-12’s decision to move to Las Vegas sums up by saying that since it is a “brand new stadium that is reason enough for fans to get attracted”.