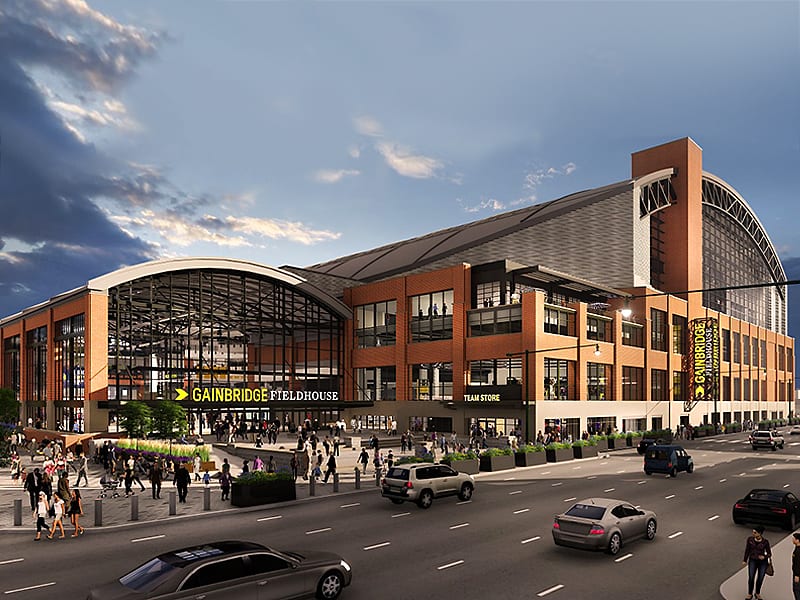 The ‘WRTV’ stated that the Pacers Sports & Entertainment (the engine behind the NBA Indiana Pacers and WNBA Fever) announced the multiyear deal on September 27th. Terms of the naming rights deal have not been released.

The Indiana Pacers are an American professional basketball team based in Indianapolis (US). The Pacers compete in the National Basketball Association (NBA) as a member of the league’s Eastern Conference Central Division.

The Indiana Fever is an American professional basketball team based in Indianapolis, Indiana (US), playing in the Eastern Conference in the Women’s National Basketball Association (WNBA). The team was founded before the inaugural 2000 season began.

The PS&E President and Chief Operating Officer (COO), Rick Fuson, said in a statement, “Just as the Fieldhouse is so much more than simply a basketball arena, the chance to partner with a bold, forward-thinking company like Gainbridge means so much more than just putting a name on a building.”

The ‘WRTV’ further stated that the Fieldhouse opened in 1999 as Conseco Fieldhouse and later became known as Bankers Life Fieldhouse.

In 2019, Gainbridge, an Indianapolis-based financial company, became the title sponsor for the Indianapolis 500 – an annual automobile race held at the almost 250,000-capacity Indianapolis Motor Speedway.

The arena is currently undergoing $360 million in renovations, which were announced in April 2019 when the Capital Improvement Board (CIB) reached a $25 million agreement with Pacers Sports & Entertainment, which operates the arena for the CIB which provides capital for projects that create business investment and high-quality job growth.

The first phase of renovations focused on interior work and was completed last year. The second phase includes a new entry pavilion and exterior construction, along with other interior changes, and is scheduled to be complete by the end of 2021.

The final phase from January 1st, 2022 through October 1st, 2022 will include completing the entry pavilion, the construction of an exterior plaza, which will feature an outdoor skating rink, and completion of the interior renovations.

« Previous News: Alcohol in UK stadia stands bit of a handful?
» Next News: Qatar jump on the Formula 1 bandwagon