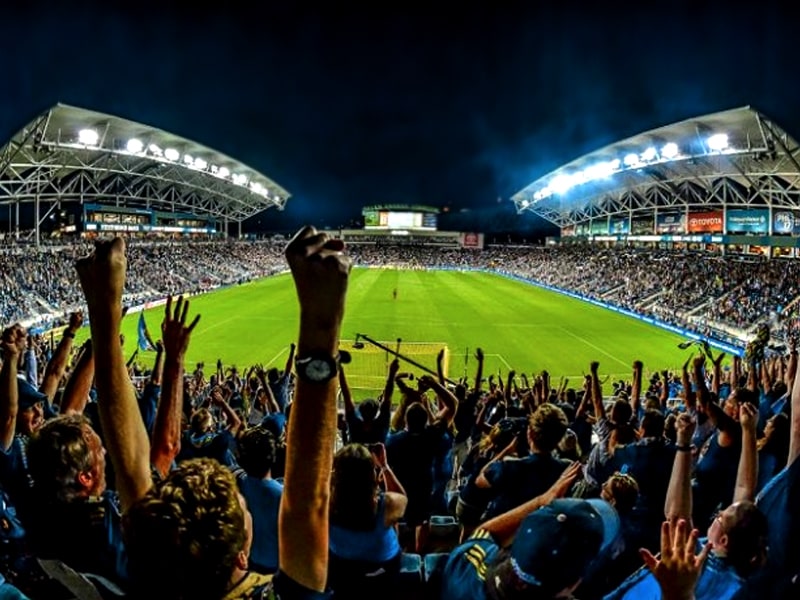 The Philadelphia Union has started construction on a new perk for its premium season tickets buyers at Talen Energy Stadium in Chester, Philadelphia Business Journal reported.

Called the “Tunnel Club,” it is expected to open in the late summer and is being built in an area behind the River End — where members of the team’s Sons of Ben Fan Club sit — and next to the Union locker room, the report said.

The team said the 3,000-square-foot space will provide fans with not only a new place to watch a game, but also give them a chance to get a close-up view of players entering and exiting the locker rooms before matches, during halftime and after matches end. The club is in response to the Union and other teams wanting to provide fans a more intimate connection with the players.

“The trend in sports over the past decade has been to create these extremely high-end premium areas that have the most exclusive access to the players,” the Journal quoted Tim McDermott, the Union’s chief business officer, as saying. “This was a gap for us and an opportunity to create something new. The area adjacent to the lockers rooms where the players walk in and out is where everybody wants to be whether it’s for soccer or an NBA game or an NFL game. It’s where you can see the players’ raw emotions and energy.”

The Philadelphia Eagles opened a tunnel club lounge at Lincoln Financial Field prior to the start of the 2016 season. Comcast-Spectacor in February announced plans for a new exclusive VIP club at the Wells Fargo Center.

McDermott said the Union’s Tunnel Club will have a maximum capacity of 150 guests and be open — at no additional cost — to West Side Field Seat, Field Table, Manager’s Row and Presidential Row season ticket holders. “We see it as something value-added for our premium ticket buyers,” he said.

McDermott said its Tunnel Club, being built at a cost of about $800,000, eflects similar spaces used by international soccer clubs such as Tottenham Hotspur and Manchester City.

There are other perks for premium ticket holders. Manager’s Row and Presidential Row season ticket holders will have a private and personalized locker area for their use in the club. All-inclusive food and beverages is also part of club membership. Existing Union corporate sponsor Stella Artois will be the presenting partner of the Stella Artois Lounge, a new bar and hospitality space inside the Tunnel Club.