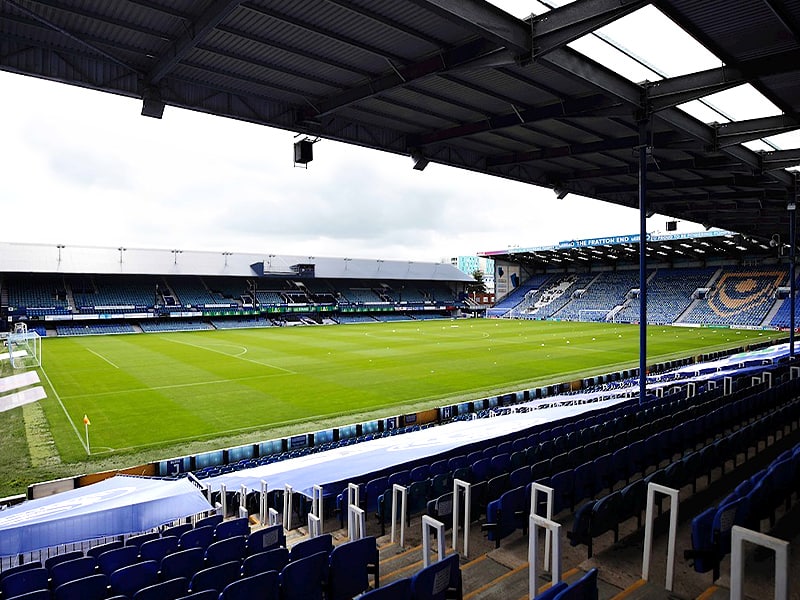 The English professional association football club Portsmouth F.C. has announced that it is starting work immediately on a multimillion pound reshaping work of their digs – Fratton Park – that will take place over the next four seasons.

‘Portsmouth FC’ stated that the above decision has been arrived at following extensive and ongoing discussions with the PCC Building Control Department, Heritage and Advisory Board, various supporter organizations, and other key stakeholders.

The Portsmouth Football Club is an English professional association football club in Portsmouth, Hampshire (UK). The team compete in EFL League One, the third tier of the English football league system.

The 21,100-capacity Fratton Park is an association football ground in the English port City of Portsmouth in the United Kingdom. It remains as the original home of Portsmouth F.C. founded on April 5th, 1898.

‘Portsmouth FC’ further stated that despite significant investment in recent years on the underlying stadium fabric and infrastructure -including the North Stand and South Stand cladding, roof and main structures – the club has continued to face major challenges to meet ever tightening health and safety regulations across all areas of the facility.

The club announced in August 2020 that planning permission had been granted for the development of a new Milton End, which would not only increase the capacity of the stand, but also provide enhanced access and futuristic facilities for both home and away disabled fans, as well as flexibility on how to efficiently accommodate visiting supporters.

In the past year, Portsmouth F.C. has worked to determine how best to incorporate this project into the redevelopment work required in the North and South stands and minimize the overall impact on all its fans.

Given the COVID-19 seesaw in the United Kingdom with the Delta variant of the virus again registering a rise in the country thus pushing their complete exit out of lockdown to July from June 21st, and continued uncertainty over potential coronavirus restrictions for the 2021-2022 seasons, the club has decided to implement a comprehensive works program. This will commence in the North and South stands and culminate with the Milton End project, with timings updated as the project develops.

The Portsmouth Football Club is confident that this investment program will further enhance the Fratton Park ambience, something loved by the club supporters.

Key benefits will include improved access, new concession facilities, increased concourse areas, new seats, new electrical infrastructures and a longer-term decoration program, along with the provision of accessible facilities for disabled supporters in all four stands.

While the rehabilitation work is being undertaken, there will unfortunately be cuts to the club’s existing capacity, with numbers to be confirmed. However, on completion, the overall capacity of the ground will rise above 20,000.

The club remains in dialog with the local Government as regards much-needed infrastructure improvements in the local vicinity to facilitate ingress to the stadium along the key transportation routes to Fratton Park. This remains a core strategic objective towards realizing the club’s ultimate ambitions for Fratton Park and the surrounding area.

‘Pompey’ Chairman Michael Eisner commented, “Significant investment has already taken place over the past few years to keep the stadium safe, including keeping the South and North stands open. During this period, both in terms of a requirement of investment into infrastructure, strategic asset purchases and COVID losses, £10 million have already been spent, along with a further commitment from me for these works of an additional £10 million.”

Added Eisner, “Everyone is aware that while Fratton Park is an atmospheric stadium, it is also incredibly old, and we have reached a stage where due to the amount of work required internally at the ground, our capacity was going to be severely affected. We have also now committed to a new Milton End, that will not only stop this from happening, but will also eventually ensure we can welcome more than 20,000 passionate fans back into the ground.”

Andrew Cullen, Pompey CEO, stated, “I’m grateful to all those who have contributed to developing and finalizing a significant and inclusive works program to restore the stadium capacity back above 20,000. It is vitally important for supporters to have every confidence that Fratton Park remains a safe place to visit and I would like to thank everyone for their patience and understanding while these works are taking place. I would also like to thank Michael Eisner, his family and the Board for funding these improvements. Although these are challenging financial times for everyone, the significant level of investment in this project importantly reflects Tornante’s (company founded by Eisner) firm and continued commitment to Portsmouth Football Club.”