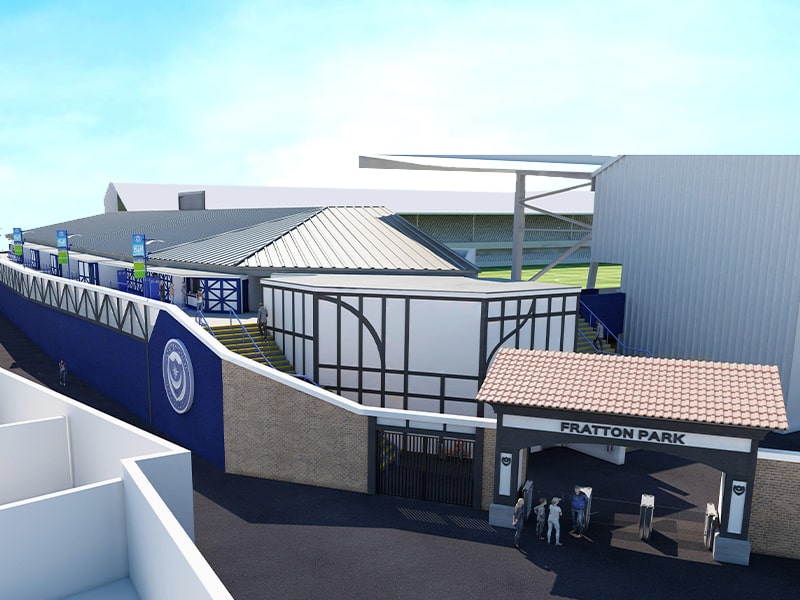 Fratton Park – the football ground which is the original home of Portsmouth Football Club in the English city of Portsmouth in United Kingdom – will be overhauled. The Hampshire-based English League One Club revealed that it is preparing to submit a planning application in this regard for the first phase revamp of the 21,200-capacity stadium.

The club informed that the application would be submitted “shortly” after an extensive review and ongoing consultations with various parties, including specialist designers, architects, planners, the Heritage & Advisory Board and fans.

The initial enhancement will focus on the Milton End stand and will attribute for a new concourse, two new covered areas for home and away disabled supporters and the venue will be able to seat 3,200 more spectators than its current capacity. This means it will be able to seat in excess of 20,000 supporters.

The Milton stand which has little to boast will now enjoy as part of the proposed redevelopment a new safety and security control room, additional toilet facilities and more concourse space for food and drink. The current sections or roof will not be reconfigured in a major way.

The ability to set apart the stand – which usually accommodates the away section – into four sections will make room for up to 800 home fans to be lodged for certain home matches. The club informed that the plan was being finalized with the help of experts notwithstanding the fact that such redecoration work is “severely constrained by a number of physical obstacles”.

A club statement read, “Following an extensive review – and ongoing consultation with a wide range of connected parties, including, among others, specialist designers, architects, planners, the Heritage & Advisory Board and Tony Goodall Fans’ Conference – Portsmouth Football Club can announce that it will shortly submit a planning application for consideration to commence phase one of the proposed redevelopment of Fratton Park.”

“While work continues to address and ensure the safety and security of supporters, as part of the general proposed redevelopment of the stadium – and due to a variety of operational reasons – phase one planning is to be submitted specifically in regard to the Milton End,” the club statement further read.

“As has been previously advised, while planning is to be submitted for this first phase, their remain issues relating to more general transport and access infrastructure that is outside of the club’s control. We continue to work with a variety of external private, public and Government bodies in an attempt to unlock the commencement of phase one, as well as subsequent larger scale projects for the stadium and wider Fratton area,” the club statement stated.

The club has said that the facelift work will not be feasible without public money. Chief Executive Mark Catlin said the club had approached Portsmouth City Council and Network Rail in this regard.

Additional turnstiles, new PA and media facilities, an extended roof which will be totally spruced up and an accessible lift to the North Stand upper areas are the other scheme of things for the football ground.

The club said it would continue in its endeavor to take feedback from fans and interested parties once plans are submitted for the Milton End stand “as part of a more general and ongoing consultation process”. The team is pushing for promotion from League One.

The club was taken over from the previous majority shareholders and the Pompey Supporters’ Trust by the former Disney CEO Michael Eisner in 2017 and he promised to offer state-of-the-art facilities at Fratton Park.

The new stand, described as having a ‘cantilevered extension to expand the concourse area’ will be scalable in 25 per cent blocks, opening the Milton end for use by more home fans for league fixtures when required.

A specialized space will be available for physically challenged spectators in the new construction. The plans envisage the introduction of 26 seats, with 15 raised and 11 at pitch level, all covered. Presently, there are none at Fratton Park. It is for the first time that disabled away fans will be able to enjoy matches with their own fans, rather than in front of the Fratton end. The development will also include two new covered wheelchair platforms.

The entire development is a modest and much-needed one. With the proposed revamp, both regular ticket holders and mobility impaired fans will enjoy avant-garde facilities in the smallest stand of Fratton Park.

It is not so long ago that Portsmouth FC was fighting to keep their club afloat and Eisner came to the rescue. Today, the club is trying to move ahead. 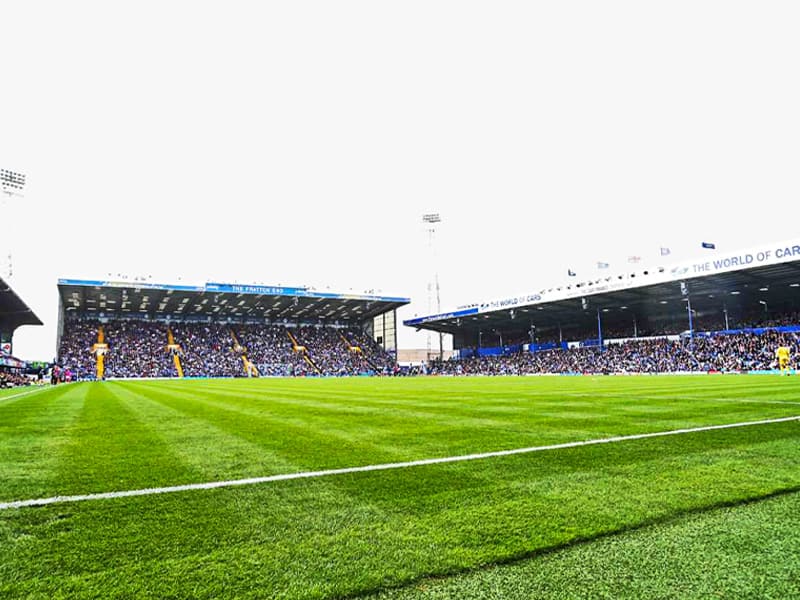 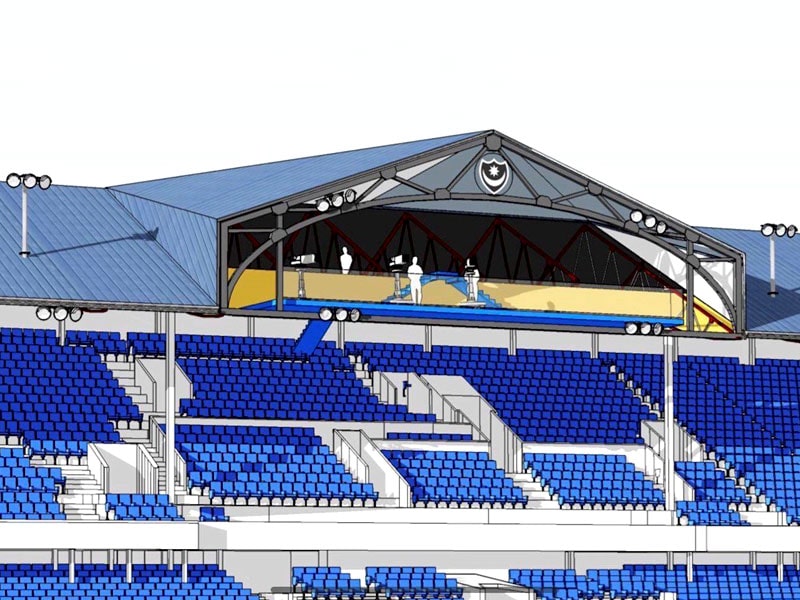