Celebrated design practice Populous has been appointed by PAOK FC, the professional football club based in Thessaloniki, Greece, to begin work on designing a new stadium for the club following Government approval for the project.

The ‘Populous’ stated that the project will see the development of plans for a proposed new, state-of-the-art stadium and public realm to be built in place of the club’s existing home, PAOK Stadium, which dates back to 1959.

Populous is a global architectural and design practice specializing in sports facilities, arenas and convention centers, as well as the planning and design of major special events.

PAOK FC, commonly known as PAOK Thessaloniki or simply PAOK, is a Greek professional football club based in Thessaloniki, Macedonia (Greece). PAOK are one of the top domestic clubs, the most widely supported in Northern Greece and with the third largest fan base in the country, according to the latest polls and researches.

The 28,703-capacity Toumba Stadium is a football stadium in Thessaloniki, Greece. It is the property of AC PAOK. The official name of the stadium is simply PAOK Stadium, but through the years it has become synonymous with the borough it is built at, the borough of Toumba. It serves as the residence of PAOK FC.

The ‘Populous’ further stated that the first phase of work will explore options for a flexible stadium and precinct that can be adapted to host a range of professional and community-focused sporting events, with the aim to create a world-class facility that will enhance the social and economic fabric of the City of Thessaloniki.

Populous’ design will seek to integrate the proposed stadium development with public transport connections and infrastructure as part of a major new masterplan that will be a catalyst for regeneration.

Inclusivity will be at the heart of the design process: The proposed stadium will meet international standards for accessibility, the planned new facilities will include a family-friendly zone, and cutting-edge audio-visual (AV) and communications technologies will be utilized to create a 21st-century fan experience to help attract and engage a new generation of PAOK FC supporters.

Maintained Makis Gagatsis, Chief Executive Officer (CEO)/ Vice-President of PAOK FC, “This is a historic day (June 22nd) for PAOK FC and a day we have been waiting for a long time. Today marks the first step towards the construction of the New Toumba, and we wouldn’t be where we are without the leadership of Ivan Savvidis (Russian-Greek politician). His vision and his persistence brought us here. The new stadium is something he has promised since Day One and now that vision is being realized. It is a huge day for PAOK FC, for the club’s supporters and the City of Thessaloniki.”

Noted Nicholas Reynolds, Project Director and Senior Principal at Populous, “PAOK FC have set out a clear vision for what they wish to achieve, on an amazing site steeped in history, right in the heart of the PAOK community. It is a great privilege and a wonderful opportunity for Populous, and we are excited about creating a stadium for the future, which will further elevate the cauldron-like atmosphere of the existing Toumba Stadium and deliver a new destination for Thessaloniki.”

Put in Barbara Vasilatou, Project Lead and Senior Associate at Populous, “We look forward to working alongside PAOK FC and the wider team to deliver a cutting-edge, inclusive and sustainable new home for the club. On a personal level, I am immensely proud to be involved in a project of such prestige in my home country. We will deliver a world-class design that places people at its heart and is embedded in its community and the local environment. The new stadium will be a unique landmark in the beautiful City of Thessaloniki that both fans and Thessalonians will cherish for generations to come.” 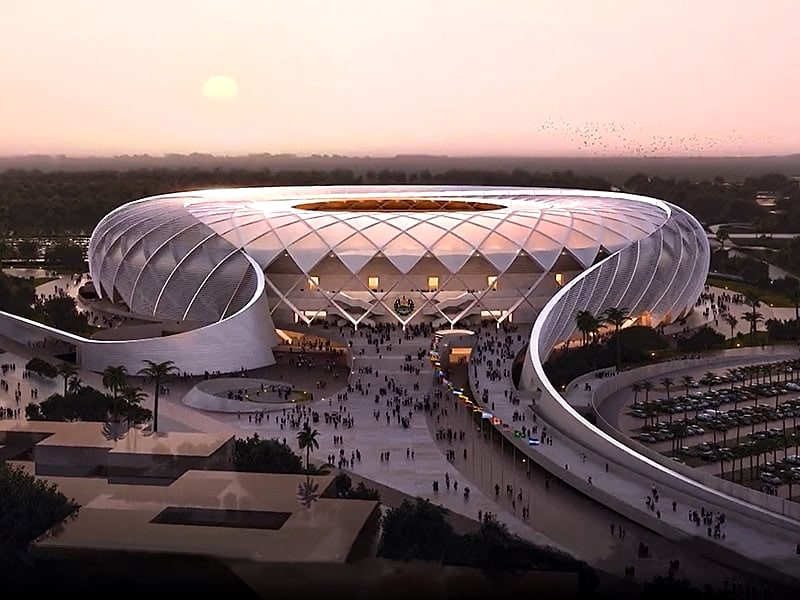