‘The Cathedral’ – ode to Milan heritage 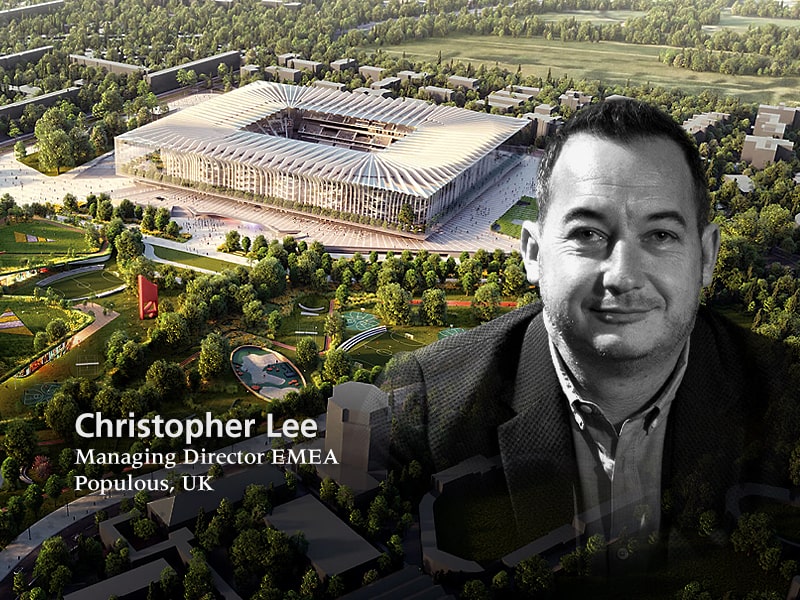 Christopher Lee, a top-rung executive of the celebrated design practice Populous, is an accomplished person. Christopher has degrees in both Design and Architecture. He has worked around the world for major international sports clients and has designed over 30 stadia on five continents.

Lee has been involved in the design of large-scale masterplans that seek to integrate the design requirements of stadia into the wider public realm. Lee sits on Populous’ Global Board of Directors, the EMEA Board, and on the practice’s Global Strategic Committee.

Missouri (US)-based Populous is a global architectural and design practice specializing in sports facilities, arenas and convention centers, as well as the planning and design of major special events. Populous believes in designing places where people love to be together. The renowned design firm has developed more than 3,200 sport-focused projects, giving life to some of the world’s most iconic sporting arenas.

In December 2021, the top-notch clubs announced that Populous’ project – ‘The Cathedral’ – has been selected for their new stadium.

In an exclusive with ‘Coliseum’, Christopher Lee, Managing Director, EMEA, Populous, UK, dishes out details of ‘The Cathedral’ project and gives impetus on the fact that stadia are “democratic spaces which has an emotional connect with the people and the community on which it sits”.

The stadium for Milano

Christopher Lee averred that ‘The Cathedral’ is a “Very exciting project. It is a new stadium for the two teams in Milan. It will become one of the most iconic stadiums in world football. It will create a world-class, modern and truly bespoke home for the legendary clubs of A.C. Milan and Inter Milan and form the beating heart of a new civic district. It will be a stadium for all Milanese to enjoy for generations to come that is true to the City and honors its heritage. A stadium of Milano and for Milano.”

Observed Lee, “The project is really an intriguing one for an architectural group to replace one of the mystical stadiums – San Siro – in a City like Milan. We started with this project in the City itself. I think the San Siro has been developed over a long period of time and it has become embedded both in culture and the architectural fabric.”

The planned world-class home for A.C. Milan and Inter Milan has been so designed so as to incorporate their identities into the architectural warp and weft of the structure.

As an architect, Lee is interested in producing venues that “resonate with the local environment” and he said that the planned venue is very much “size-specific”.

Added Lee, “Milan is one of the most aggressive cities in Europe when it comes to environmental matters – incredibly focused on sustainability – and how we produce a building and fit it within that context is quite a challenging task.”

Lee believes in producing a building “That is much loved and much cherished. A piece of architecture – one that sits on the landscape and is very much present in people’s hearts and minds.”

As far as the San Siro is concerned, “We will try to make a comfortable replacement of the original iconic San Siro Stadium.”

He maintained, “The nomenclature – ‘The Cathedral’ – has a natural grandeur and will provide fantastic opportunity to the two teams to produce really ‘The Cathedral of Sport’ for Milan.”

He informed that ‘The Cathedral’ has been designed to create a unique home for the fans and supporters of the top-flights with “Bespoke installations that dramatically change the appearance of the architecture and incorporate the clubs’ unique identities into the building fabric. For Inter Milan, a coiled viper of blue light wraps itself around the stadium, while for A.C. Milan, the vertical buttresses glow a smoldering red emanating from the depths of the building.”

Added Lee, “Democratic spaces are for everybody and the reason we love stadiums is because they are in many ways a democratic structure – the stadium embraces people coming from all sections of the society irrespective of caste and creed, rich or poor.”

‘The Cathedral’ will retain its own pristine sheen and will be a celebration of the artistic and cultural heritage of Milan. It will not borrow ideas from any other stadium and the elements of the original San Siro Stadium will be retained in the new venue.”

The above development will be a new district dedicated to sport and leisure. The parking lot, which represents 27 percent of the total area in the current scheme, will be moved to a dedicated underground area. ‘The Cathedral’ will not only be an incredible sporting arena to watch football but it will revitalize the whole area to better serve Milano’s citizens, visitors, fans, and their families. And it will accord topmost priority to the community on which it sits.”

Informed Lee, “A whole series of community sporting facilities will be introduced that will be run by the community and will produce an environment where people can engage in all kinds of activities around the stadium.”

He added, “‘The Cathedral’ is a stadium of Milano and for Milano, an iconic and enduring piece of architecture that draws on the history and aspirations of this great City. It will be the greatest football stadium in Europe, with the tightest and most atmospheric seating bowl and best-in-class sustainability credentials. It will be a stadium for all Milanese to enjoy for generations to come.”

The beauty of stadia

Lee also stated that though the venue will come armed with tech bells and whistles but the “Chanting of 50,000 to 60,000 fans in unison is something which is almost irreplaceable by technology.”

The stadium is a place where we share experiences with the community on which it sits and everything around the sport and pitch – “Though a tricky piece of architecture but the stadium should be so designed that it is open and accessible to everyone even on a non-event day. ‘The Cathedral’ will definitely be owned by the people of Milano. Stadiums are owned by people, owned by the community and they are owned by individuals and that is the fantastic relationship between football, football stadiums and we as the fans emotionally own these buildings.”

He summed up, “‘The Cathedral’ will be true to the City and will honor its heritage. A stadium of Milano and for Milano.”

Christopher Lee’s passion for ‘The Cathedral’ project is palpable and he is firm on making it a democratic space with a nod to Milan’s rich culture and heritage. 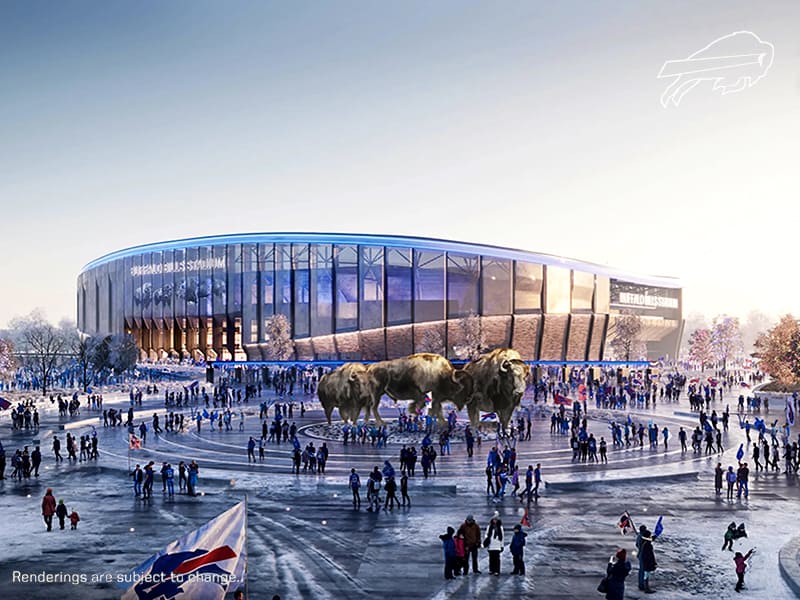 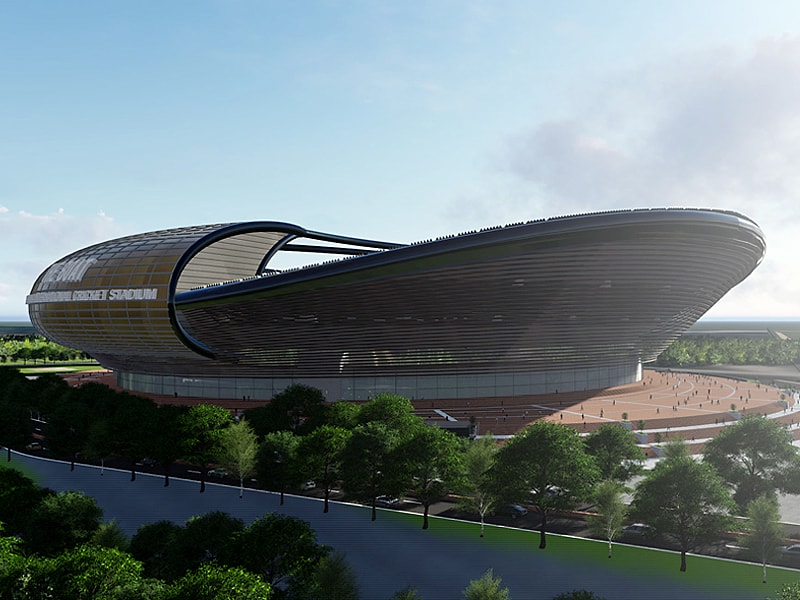